The all-new 2020 Mercedes-Benz S-Class has been spied again and this time we get the first ever glimpse of the lavish interior. FIRST SPY PICS via Carscoops.com and Mercedes-fans.de.

The new S-Class is expected on the market around 2020, so the test work with the completely new generation is already in full swing. In a world-first, the cloth covering from the interior has come off and we can now reveal the revised dashboard which clearly marks a (new) digital revolution for Mercedes’ flagship. What catches the attention is the incredibly large (!) central touchscreen. Slightly tilted and angled towards the driver, it is placed much lower than the current model’s display and mimics the layout used with great success by Tesla in recent years, though in a rather unique square format instead of the classic portrait arrangement preferred by the Americans. The diagonal is still unknown, but judging by these spy pics, we’d say at least 15 to 16-inch is a strong possibility.

Below the display we see a full row of buttons with touch functions, controlling the driving modes, hazard lights, volume, on/off and so on. A second display housing the digital instruments is still present behind the wheel and its diagonal is also expected to be more generous than that of today’s 12,3-inch. This is the first time Mercedes’ has given up on its traditional dual-display layout of late. Outside, despite the heavy camouflage, the new S-Class features familiar styling thanks to the classic proportions with the short overhangs, the slightly sloping trunk lid and the long bonnet. Of course, because of the camouflage, the prototype cannot yet fully reflect the final design. Another premiere for the Mercedes S-Class will be its availability in hybrid guise only in tandem with the latest 3.0-liter and 2.9-liter straight-six gasoline or diesel engines and a 48-volt electrical system. The all-electric driving ranges is expected to as high as 62 miles (100 km).

For the first time the S-Class will use the new rear-wheel drive platform MRA II, because the current model W222 is still based on a further development of the old W221 platform. In therms of size, the new Mercedes S-Class will be even larger in the new generation in order to offer passengers even more space.

Later in the life cycle, an all-electric version should roll off the production line as an EQ model, built at the Sindelfingen plant and based on the bespoke MEA architecture. 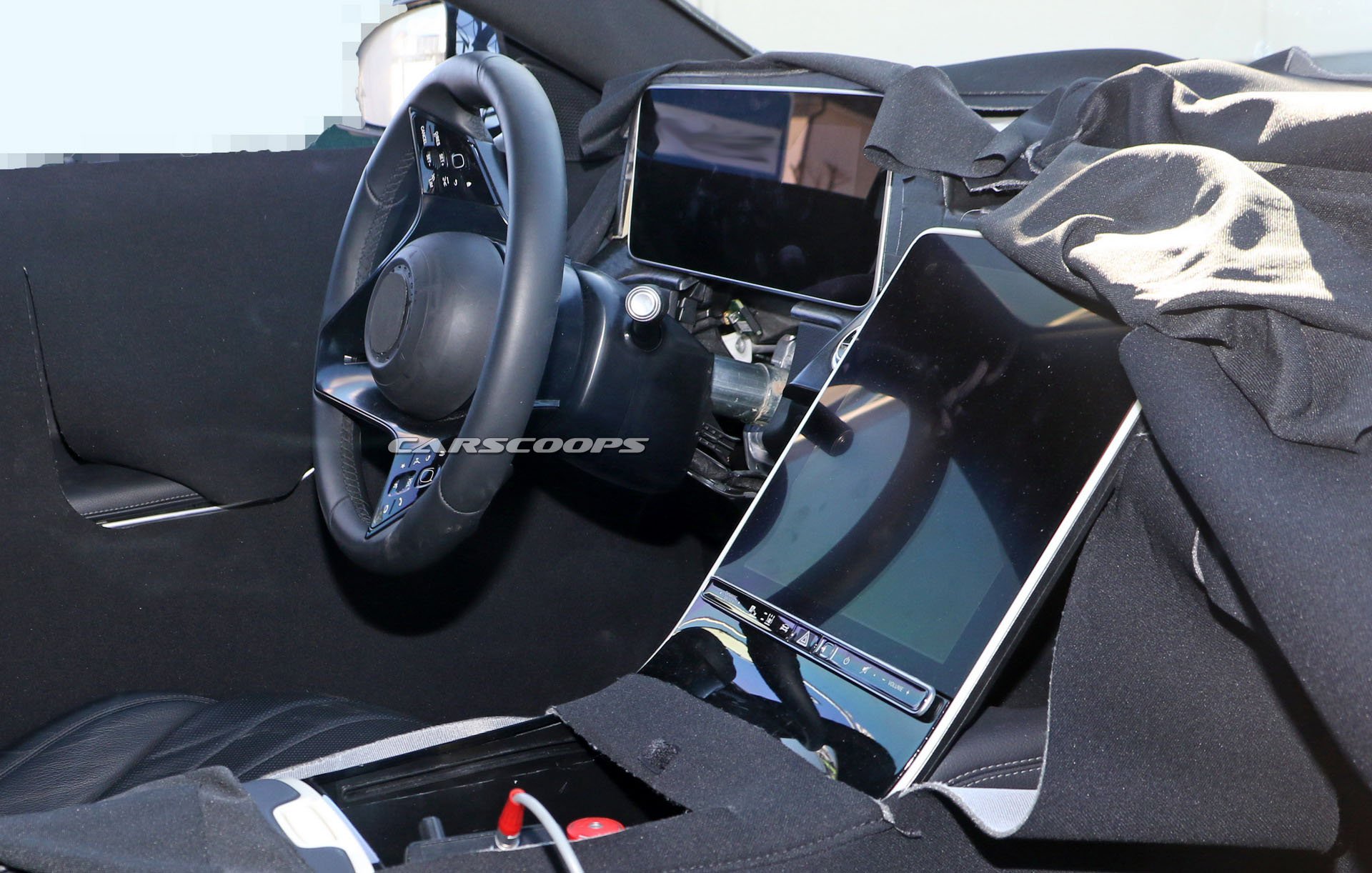