This is the test of the moment, the super fight, the Mayweather versus Pacquiao of the auto world: the fresh Mercedes-AMG GT S pitted against the benchmark of the the sports segment, the Porsche 911 Turbo.

We haven’t been counting, but we guessed 152 would be a fair approximation: all car magazines and websites have taken these two cars to the nearest track and, a few hours and sets of tires later, came up with a conclusion.

The conclusion has mostly been the same: the Porsche is the sportier choice with better handling and more precise on-track handling, while the Mercedes-AMG GT is the better looker, with a very beautiful interior and a potent engine.

Well, this 153rd test was done by the German Auto motor und sport magazine and, yes, it’s a track test. Oh, so the final verdict should be pretty much the same, then. 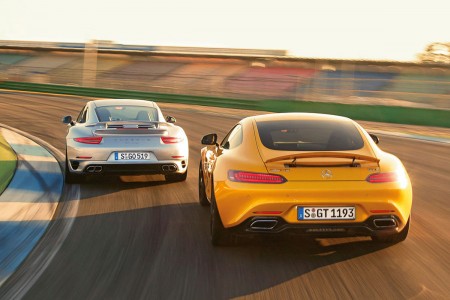 The Porsche drops points on interior quality, practicality and drama, while the Mercedes-AMG GT S impresses with its exhaust system and attention to detail. At the same time, it’s also the less expensive option, and by a large margin: the 911 Turbo is over 30.000 euros more costly than the AMG GT S. 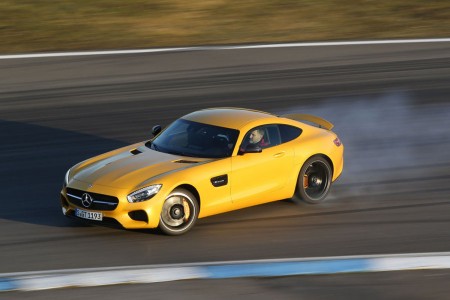 Adding all these factors plus the rumbling sound of the V8 engine, the Mercedes-AMG GT S is slowly creeping ahead. It might not be just as fast as a Porsche 911, but what difference do two seconds on a lap make in real life? The word “none” comes into mind.

Staying true to their nature, the Germans make use of reason and common sense and see the AMG GT S for what it truly is: a perfect mix of performance and style with a rather accessible price tag when compared to others.