The Silver Arrows have received their Christmas presents early this year. After a full-throttle season, Mercedes-AMG Petronas Motorsport received the FIA Formula One World Championship trophies and a few others to take home at the gala that took place in Paris.

Going the extra mile to defend the previous titles, the Mercedes team outran rivals like Ferrari and Red Bull to get everything there was to win.  Numbers prove it, 2017 has been a year of hard work, but in the end, it turned out it was all worth it: the Silver Arrows won 12 of the 20 races, claimed 15 pole positions and led 714 out of 1,196 race laps. The Mercedes-Benz powered cars accrued a total of 938 points in 2017 and raced 6,783 laps – more than any other engine manufacturer. The engineers also counted a total of 21,871 completed laps, 1,075,026 gear changes and 874,840,000 fuel injections. Indeed, Lewis completed every single racing lap but one during the 2017 season. 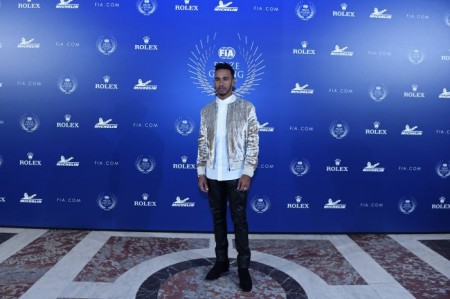 The team picked up the trophy for The Racing Car of the Year at the Autosport Awards, a fourth consecutive victory. At the same event, Lewis Hamilton got the International Racing Driver and British Competition Driver cups.

The following day, the World Champion attended the British Racing Drivers’ Club Annual Awards Lunch, where he received two BRDC Gold Stars, for the strongest performance of the year in international motorsport and for winning the Formula 1 Drivers’ World Championship. He also received the Johnny Wakefield Trophy for the fastest lap around the Silverstone racetrack. The Brit now became the most decorated recipient of the BRDC Gold Stars in the history of the Club, surpassing the record of 10 Gold Stars previously held by Sir Stirling Moss. 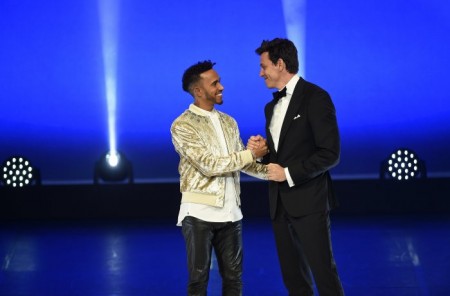 But it was all in the preparation of the most prestigious award ceremony, the FIA Prize Giving Gala, held in the historical Palais de Versailles. For the fourth consecutive time, the FIA Formula One World Constructors’ Championship was awarded to Mercedes-AMG Petronas Motorsport. And it was also the fourth time that Lewis collected the FIA Formula One World Drivers’ Championship trophy – all of which he won in a Mercedes-powered car.

The team is now getting ready for the Silver Arrows’ Christmas Party, that has the reputation of “the best party in F1”.