Fernando Alonso will replace Hamilton if deal falls through

Toto Wolff, Executive Director for Mercedes AMG Petronas Formula One team, has confirmed that Fernando Alonso will be the one to replace Lewis Hamilton if they don’t reach a consensus regarding the 2016 F1 season.

Lewis Hamilton, who won his second Formula 1 Drivers’ Championship title in 2014, has entered the final twelve months of his original three-year contract with Mercedes AMG Petronas. But he has yet to sign a new contract for the 2016 season and beyond. After winning the title at Abu Dhabi Grand Prix, Lewis Hamilton said that a new contract was a mere formality and on several occasions they publicly declared their desire to work together in the future as well.

Toto Wolff said in an interview for the Italian press that the team is willing to continue with the current pairing Nico Rosberg – Lewis Hamilton. “There’s no worry, we’ll discuss it during the year.” What’s more, he even mentioned Fernando Alonso “I’m an optimist. The priority is to continue with these drivers. Should it not be possible, then Alonso represents the first alternative, then there’s Bottas. 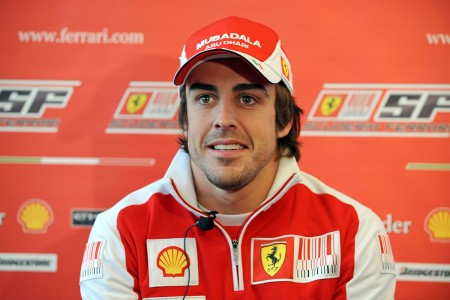 Fernando Alonso, a double world champion, left Ferrari team for McLaren, and signed a multi-year contract. Toto Wolff admitted that Fernando Alonso remains one of the best drivers on the grid and that “he is a dangerous rival with any car”. “If he is at the wheel of a car that can finish sixth, he will take it to the third place,” Toto Wolff added.

For the 2015 season, Toto Wolff believes that Williams will be the main rival for Mercedes, when asked what team represents the biggest threat this season. “I also fear a lot Red Bull: they have won four consecutive titles and will field every resource in order to fight again for the titile.”