This is the face of the champion! Nico Rosberg wins Formula 1 World Championship

There was no way he could have missed this chance that he has been waiting for, for the past three years! Nico Rosberg has just become the new Formula 1 World Champion, after he finished second in the last race of the season, a real thriller in Abu Dhabi. Lewis Hamilton won the race, as Ferrari’s Sebastian Vettel came in third.

It was one of the few incident-free starts this season, with the two Mercedes drivers keeping their positions, first and second, and with Raikkonen passing Ricciardo for the third spot. But Max Verstappen spun after a contact with Hulkenberg in turn 1 and ended up in the 16th spot, forcing Red Bull to go for a one-stop strategy. After the first pit stop series, the young Dutch was already second, behind Hamilton and ahead of Rosberg. The German was still a world champion from the third position, but he sliced past Verstappen after a close, yet fair fight. 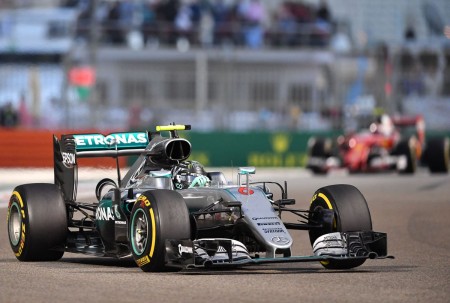 In lap 37, Ferrari gave Sebastian Vettel the super soft tyres and turned him into a public danger on the racetrack. He easily went past teammate Raikkonen and flew past Red Bull’s Ricciardo and Verstappen.

With 3 laps to go, Lewis Hamilton slowed down. Smart strategy from the Brit, who was planning to let Vettel and Verstappen close in on Rosberg.  There were four drivers within less than three seconds, with Nico Rosberg sandwiched between Lewis and Vettel. 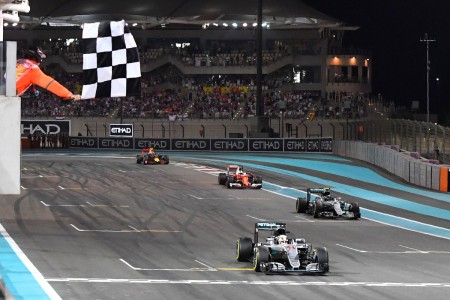 From the pitwall, the Executive Director Technical Paddy Lowe told the Brit to speed up: “Lewis, this is Paddy. We need you to pick up the pace to win this pace. That’s an instruction!”

“Right now I’m losing the world championship… I’m not bothered if I win or lose this race”, the driver replied. Rosberg managed to withstand the pressure from behind. He crossed the finishe line second and got his first ever Formula 1 World Championship. “I cried my eyes out for that past lap, it’s ridiculous, I couldn’t believe it!”, he told journalists.

Rosberg did donuts on the racetrack, kissed the car that made him a world champion and jumped over the fence to hug his mechanics and engineers.

Nico Rosberg cried his eyes out on the podium as well. It was a perfect year for the 31-year old:  he got his first world title and became a father. “I want to give the win to my wife and my daughter. Unreal”, the hardly managed to mumble on the podium.

This is the Mercedes dream come true: a German world champion onboard a German car. Mercedes-AMG has been fancying this moment since they first signed Nico Rosberg.