F1 Malaysia: Ferrari is back!

Sebastian Vettel breaks off the Mercedes victory series, getting a fantastic result on his second race wearing the colors of Ferrari. The podium is rounded up by Lewis Hamilton and Nico Rosberg.

After a 2014 during which they looked pretty much like a mid-ranking team, the people in Ferrari realized they needed a couple of major shifts in order to bring the Scuderia back on top where it belongs. With Maurizio Arrivabene as a team leader, with Vettel as a champion doomed to certify his caliber once more and with Raikkonen who is regaining his delight of being competitive, Ferrari now looks like a team preset to do anything to win. Schumacher’s image up on the podium, humming the lyrics of both Germany and Italy anthems seemed so long gone, but the combat spirit of the Scuderia has been retrieved. And from this moment on, pages of history are being written in Maranello.

Sebastian Vettel sets off to a decent start, managing to keep his second position, right between Hamilton and Rosberg. The landmark of the race happened at the very beginning. Marcus Ericsson goes off the racetrack in the first corner and the officials decide the safety car is needed. Apart from those in Ferrari, Hamilton and Rosberg go into the pits to set up the hard tires and are bound to re-engage in the race back into the platoon. Vettel takes advantage of it and goes on a series of fastest laps that bring him a 9-second lead by the moment Lewis comes into the second spot. The German pits on his 17th lap, puts on the medium tires and afterwards, he manages to overtake both Mercedes drivers. 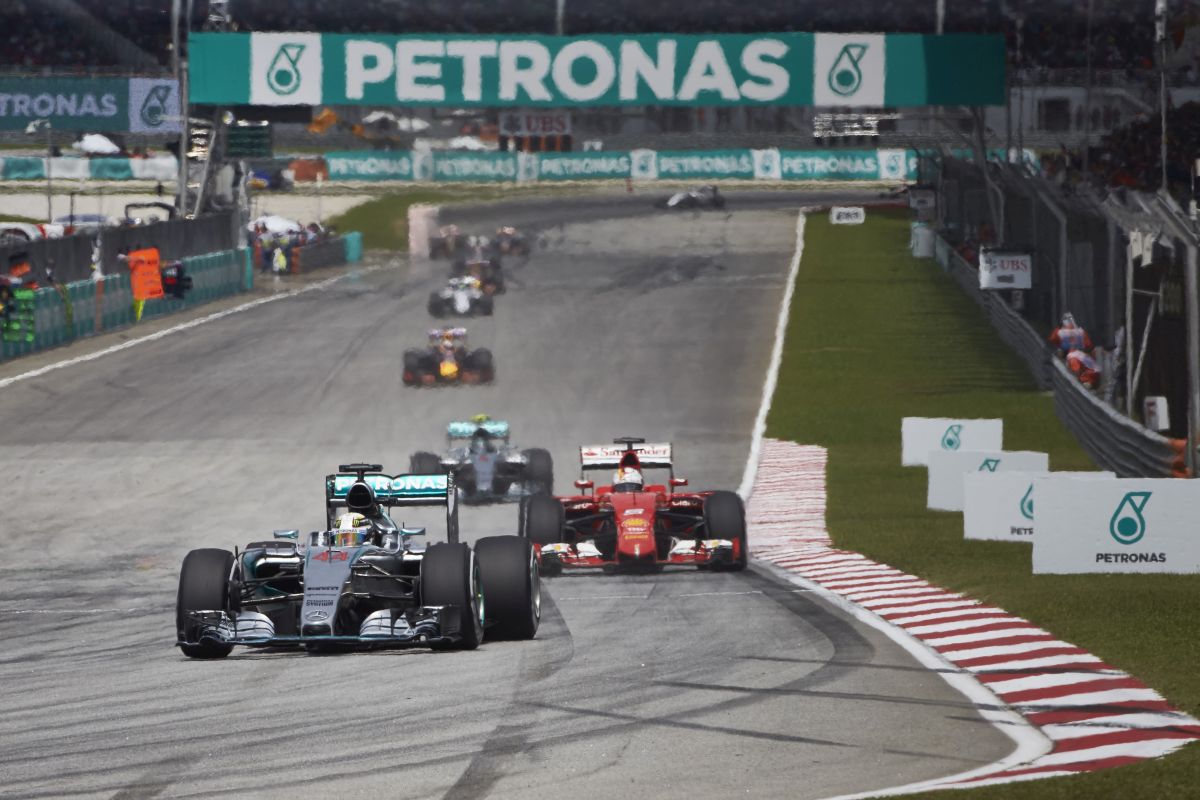 For the final part of the race, Vettel puts on the hard tires, coming out of the pits in the second spot, right ahead of Rosberg. Hamilton needs to stop once more and the Ferrari lead turns to be unconquerable. The first-rate form of the Italian squad was also certified by Kimi Raikkonen. The Finn comes in 4th, in the end of a race during which he was set back to the end of the ranking, due to a flat tire produced by a hit against Felipe Nasr.

In the 5th place there comes Valtteri Bottas, as he managed to go by Felipe Massa a few laps before finish. Therefore, the Williams duet finishes before those in Torro Rosso, Max Verstappen first, Carlos Sainz second. Max contrives to become the youngest driver to score in Formula 1, by the end of a race he thoroughly proved he deserved his place in championship. The final points are gained by Daniel Ricciardo and Daniil Kvyat. The Red Bull drivers had a catastrophic day, strewn with the never-ending problems of the Renault engine, but also with new issues, like brakes overheating.

Lotus also came into an abortive weekend. In his attempt of going up the ranking, Grojean approaches the 12th corner, but Perez smashes against him and the French wastes a lot of time, finishing in the 11th spot. Pastor Maldonado is even more ill-fated, as he was constrained to abandon due to technical problems.

Nasr comes in 12th, while Force India takes 13th and 14th spots, as both drivers got a 10-second penalty for causing collisions during race. Manor gets just one car over the finish line, as Mehri closes the ranking. Will Stevens failed to start due to the fuel supply system.

No McLaren racing car managed to finish the race, as a somewhat expected outcome because of the high temperatures in Sepang. The squad from Woking is going through a development stage and the technicians are hoping to bring major upgrades starting the European races.

The next race will take place in Shanghai International Circuit in China, on 12th of April.