While Ferrari keeps to impress, there are new names showing up on top of the rankings. Lotus and Red Bull are setting the benchmarks of the first two days, while the Mercedes drive gets a setback due to technical and medical issues.

Thanks to a short stint on medium tires, Pastor Maldonado managed to get the best time of the first day, despite a reluctant start of the Lotus team. The Venezuelan was bound to stop two times on the track, thus giving way to the red flags flying. The mechanics riddled the occurring problems out in no time and allowed Maldonado to reach a total of 69 laps covered.

Kimi Raikkonen came 15 hundredth of a second behind the Lotus. He got his best time on medium tires, proving that the new Ferrari car is undoubtedly a higher achiever than its predecessor. The result is better than the pole-position time achieved by Hamilton in 2014 and 2 seconds faster than his own qualifying time. The Italians had a lot to cheer for, as Raikkonen’s performance on medium tires and the cold track proved that things were going the right way. 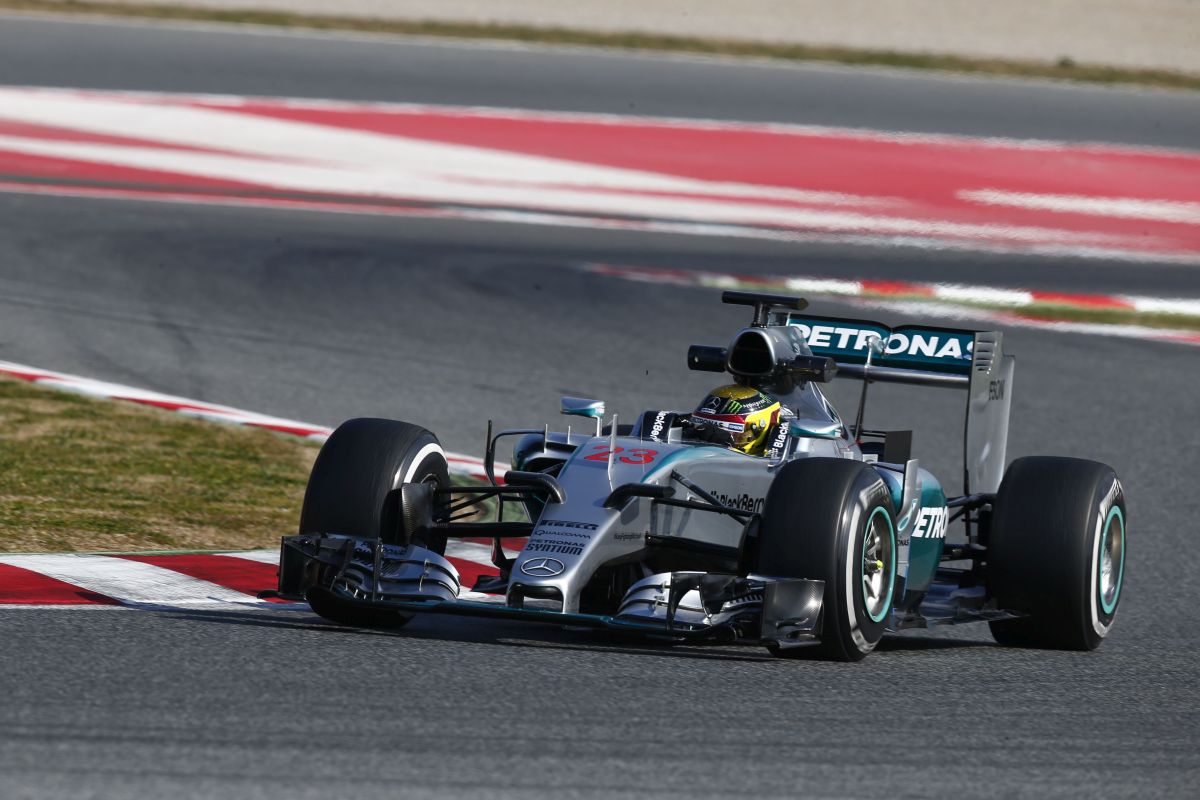 The Red Bull team had a first testing day way better than the Jerez sessions, managing to bring the RB11 racing car in the 3rd spot. Running a strategy based more on soft tires and short stints, Daniel Ricciardo made the Renault side silent, as the team was put to the test by the lack of engine reliability.

It was the day of unpleasant surprises for Mercedes. Anguished by flu, Lewis Hamilton was bound to leave the cockpit of his racing car after only 11 laps. Because Nico Rosberg complained about muscle pain, the team was bound to call on Pascal Wehlrein, the German that tested for Force India during the first part of the day. His switch to the mother-team was not of much good omen, as he only managed to cover 21 laps, set back by a malfunction of the delivery system. His best time was oddly set on board the Force India car, as Wehrlein was the fourth in the ranking of the day.

The revelation of the first testing session, Sauber, got only the 5th time of the day, as the Austrian team had to put up with Felipe Nasr’s accident. The Brasilian proved to be too much of an enthusiast before the unexperienced Susie Wolff and clang the Williams car in an attempt to overtake him in the 5th corner. Both Nasr and Wolff continued the session, although Sauber caused the flying of a red flag after stopping in the 9th corner, close to the end of the session. For Wolff, it was eventually an effective day, as he covered 86 laps, 8 less than Max Verstappen, the most active man on the racetrack.

Torro Rosso were the ones to do the real testing work for Renault, given the fact that Red Bull only went into short stints. Verstappen added up 96 laps and set the 6th time.

McLaren ticks a new black day with only 21 laps covered by Jenson Button. The British withdrew after a major malfunction of the propulsion unit, as the mechanics had to change the car engine. 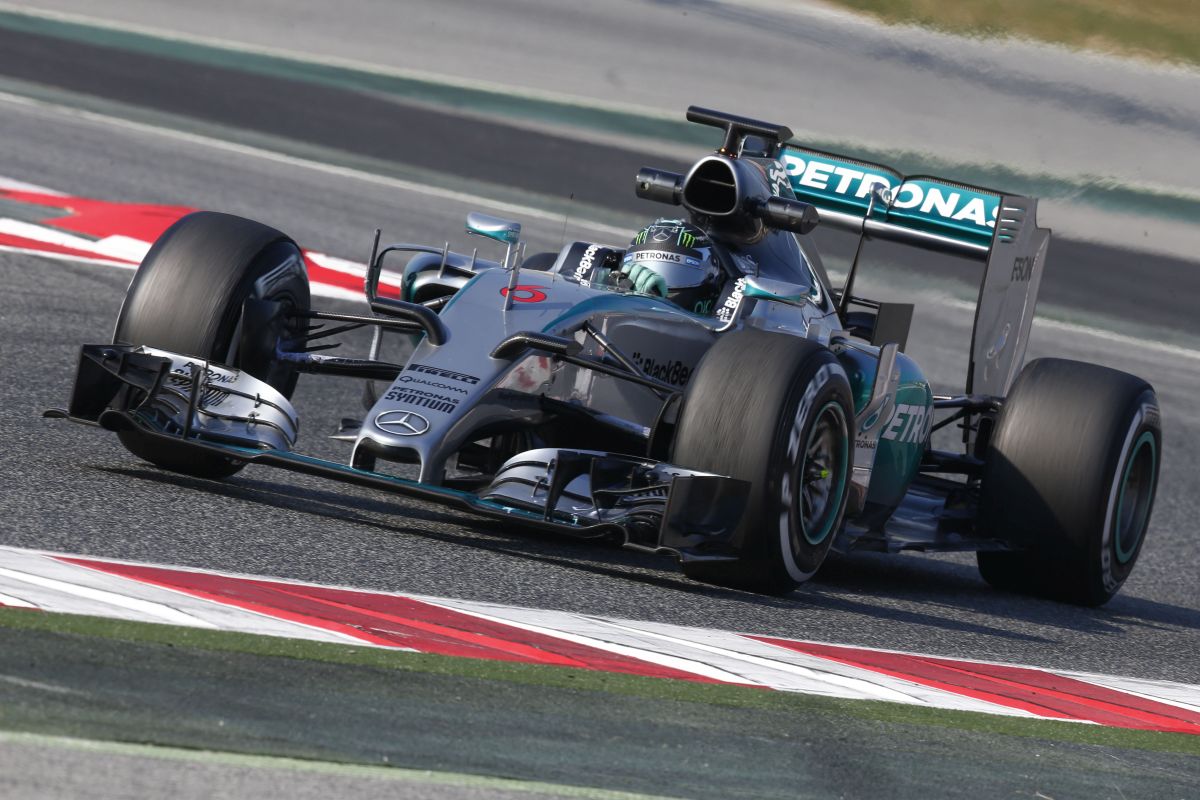 Geminating the first day approach, Daniel Ricciardo sets the best time of day running on soft tires, while Raikkonen ranks only a hundredth behind him, on medium tires. However, Red Bull had a complete testing schedule, even carrying out a race simulation, during which they swung various composition tires. The total number of covered laps was 143, as Ricciardo also getting the best of results to that effect.

But all eyes were hooked on Ferrari, as their pace made an impression on the rivals. Nico Rosberg was astonished by the Italians’ march and states that “The times are truly surprising for us and it looks like Ferrari is taking a big leap forward for the moment.”

Felipe Massa was next in ranking, setting the rated time during the final part of the session. The people in Williams kept being a trustful team going strictly by schedule, focusing on long stints and race simulations.

Back behind the wheel of his Force India race car, Sergio Perez focused on testing the Pirelli tires, given the fact that he showed up in Barcelona with the last year’s car. The Mexican ticked the 4th time of the session by the end of 121 covered laps. 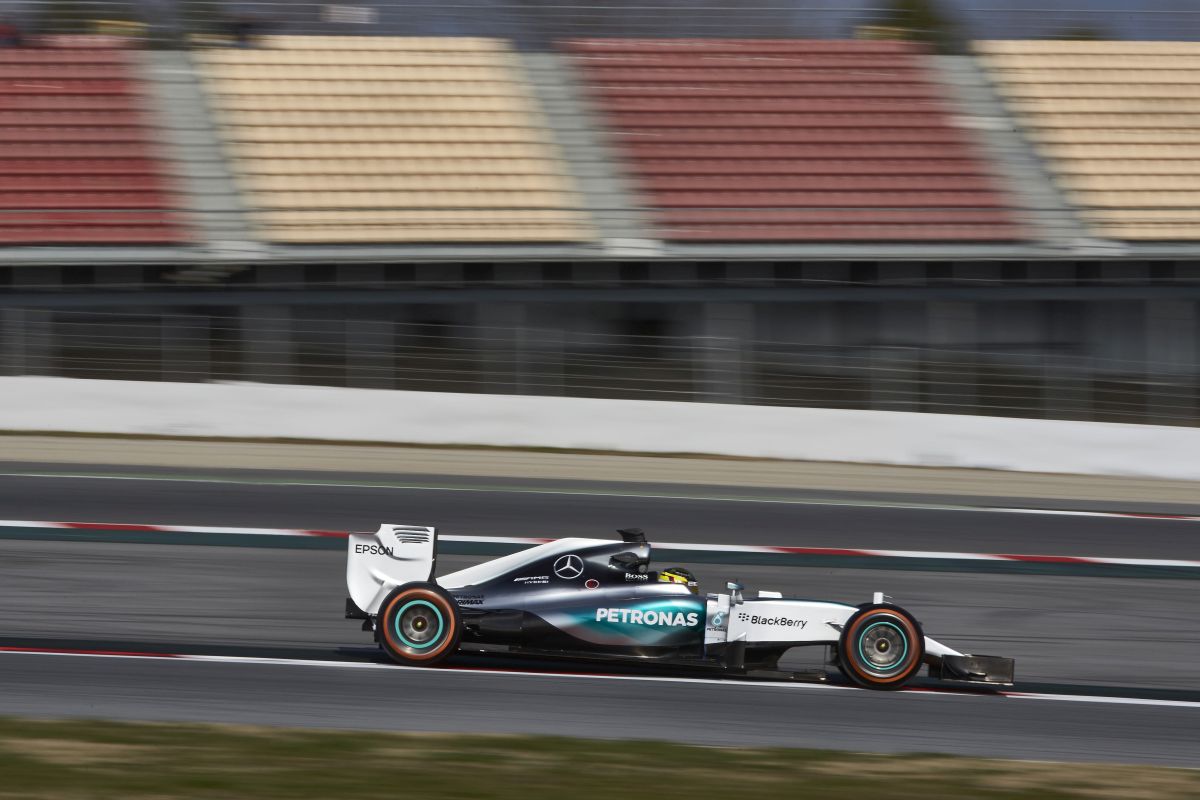 Because of their odd situation, Mercedes tackled the second day of testing with both drivers. Nico Rosberg drove during the first part of the day, while Lewis Hamilton took over the control during the second part. After a day focused on aerodynamics tests and long stints, the Mercedes drivers came in 5th and 6th in the ranking.

Those in McLaren had the most effective testing day, as Fernando Alonso managed to run 59 laps despite the problems occurred the day before. The Spanish was to state that small progress was on, but the reliability is still the main issue. Alonso set the 7th time, one second behind Ricciardo.

Jolyon Palmer, the GP2 champion, covered 77 laps for Lotus, setting the 8th time in a session where Lotus focused on testing the aerodynamics components. Last two positions were taken by Ericsson and Sainz, as they also turned out to be guilty for the flying of the red flags by the end of the day. Sainz went out the racetrack in the Campsa Corner, while Ericsson stopped right on the start line an hour before the finish.

The pre-season testing will continue on Saturday and Sunday in Barcelona, with 8 hours available for testing each day.