Elena Luchian, November 15, 2016
2.67K 0
Home Auto news All eyes on the stars – This is what Mercedes-Benz is showing at the Los Angeles Auto Show

The Mercedes-Maybach S 650 Cabriolet is going to make its debut in Los Angeles. In the land of the celebrities, all eyes are on the stars that Mercedes-Benz is shipping across the Atlantic for the Californian Auto Show.

The first ever Maybach convertible, ready to rival Rolls-Royce Dawn, will steal the spotlight in Los Angeles. The car shall be based on the top of the range S-Class Cabriolet variant, keeping the convertible’s footprint as well, apart from the elongated wheelbase-sedan Mercedes-Maybach S600.

The S650 designation hints towards a 6.0-liter V12 engine, that will probably provide more power than the top of the range AMG S65, able to run the from a standstill to 62 mph (100 km/h) in 4.1 seconds. Apparently, Mercedes is planning to sell it in a limited edition of 300 units only.

The Mercedes-AMG E 63 4MATIC+ and the E 63 S 4MATIC+ are both powered by the already familiar 4.0-liter biturbo V8. The company’s daredevils benefit from 571, 612 HP respectively. It only takes the top variant 3.4 seconds to hit the 100 km/h speed from a standstill. 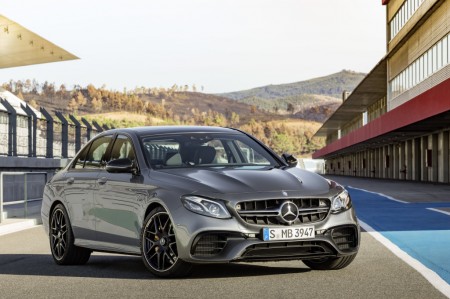 The performance models are available with the innovative newly engineered AMG Performance 4MATIC+ all-wheel drive system. The “Race” drive program and the deactivation of the ESP, with the transmission in the manual mode, drifting is still possible.

Mercedes-AMG GLE 43 will replace the current GLE 400 on the U.S. market. The new performance oriented variant is the ninth AMG 43 model in the current Mercedes portofolio. 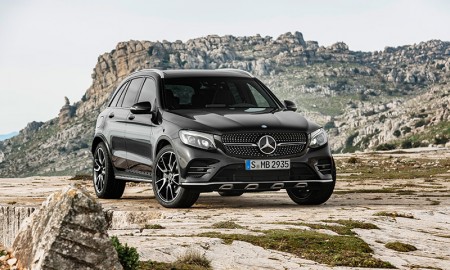 The new GLE43, benefitting from a retuned suspension, steering and braking system, is powered by a biturbo 3.0-litre V6 unit, developing 362 HP (329 HP in the GLE 400) and 384 lb ft. The 4Matic all-wheel drive system comes standard.

Not long after the world premiere of the AMG GT R, the performance brand from Affalterbach presented two brand-new exhilarating roadster variants of the super sporty two-seater, just in time for the Paris Auto Show in September. Alongside the AMG GT Roadster, the AMG GT C Roadster expands the brand’s power portfolio. 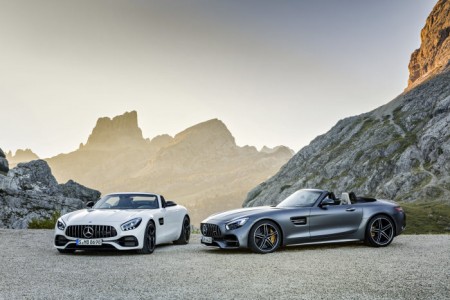 It takes the V8 biturbo-powered Roadster just 4.0 seconds to hit the 100 km/h benchmark from a standstill. The Mercedes-AMG GT C Roadster gets there even faster, thundering its way to 100 km/h in just 3.7 seconds.

The launch of the pure-bred sports car Mercedes-AMG GT R, with racing DNA, has marked a milestone in driving performance, as it is nothing less than the street-legal version of its racing sibling, the GT3. 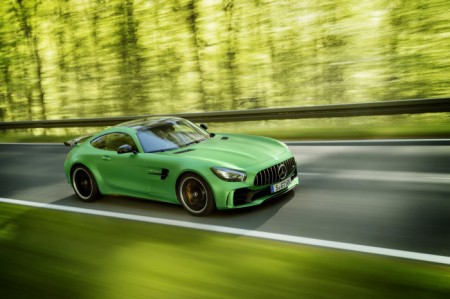 The smart brand is the only car manufacturer in the world to offer its entire model range also in electric versions. The entire electric family made up of the smart fortwo, the smart forfour and the smart fortwo cabriolet is coming to Los Angeles. 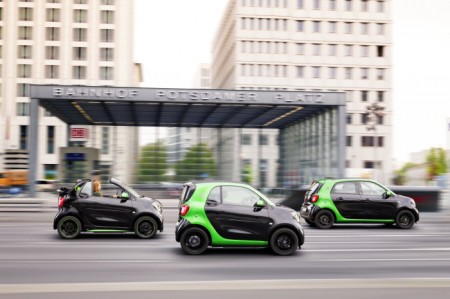 The rear wheel drive and the rear-mounted engines seem to be the perfect combo for the electric drive system. The Daimler subsidiary Deutsche ACCUMOTIVE supplies the battery that powers the smart electric drive, while the electric engines are manufactured in Cleon, France, at the Renault plant.

Stay tuned! We’ll be bringing you the latest news from Los Angeles!