The all-new E-Class Estate is finally here in all its glory. We give you the first-ever Mercedes E-Class T-Modell official pictures and details. Enjoy our live coverage, straight from the Stuttgart launch event.

One in three Mercedes models sold in Europe is an Estate and the new Mercedes E-Class T-Modell doesn’t dissapoint. It is the only car in its class capable of transporting an EUR-pallet sized load (1,200 by 800 by 144 millimetres or 47.2 in × 31.5 in × 5.7 in). The maximum payload Mercedes indicates sits at 745 kg.

Following current design trends, the roofline of the new Estate is slightly lower, more angled than that of the previous model. That leads to a slightly smaller cargo area with a maximum loading capacity of 1,820 liters when the bench is folded. The previous generation offered 1,950 liters. With the rear seats in place the luggage volume is now 640 liters (previous model 695 liters). Despite the reduction, the E-Class is still the most practical car in its segment, more so than both its main competitors, the Audi A6 and the BMW 5 Series. 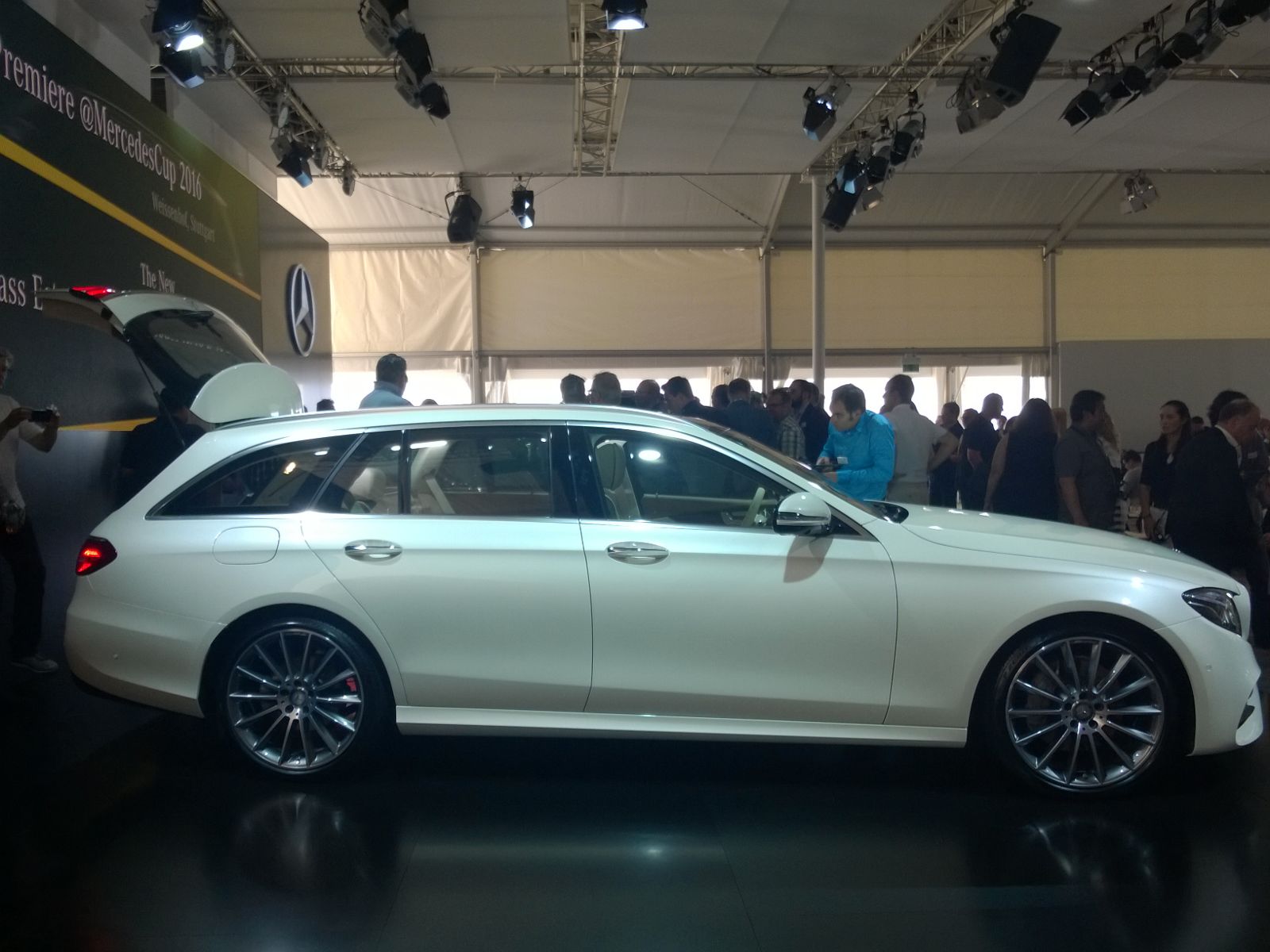 For the first time, the rear seat backrest is now adjustable, so you can choose to sit less or more upright when the backrest is ten degrees steeper inclined in the so-called cargo position, thereby increasing the default loading volume with 30 liters to 670 liters. Also very practical: The rear seat backrest is now divided as standard in the ratio 40:20:40 and can be folded by pulling a single grip, while the headrests also fold automatically when you lay the seat down. The electrically operated tailgate can also be opened with a feet movement under the rear bumper in conjunction with the keyless entry (extra).

To keep its status as a family car, the new Mercedes E-Class T-Modell wil be available with an additional folding bench that can accommodate small children in the luggage compartment area. This option will be available towards the end of 2016. Also available is a rail system with fastening points and belts for the luggage compartment and an air suspension on the rear axle with automatic level control. A complete air suspension (AIRMATIC) is of course found on the options list. 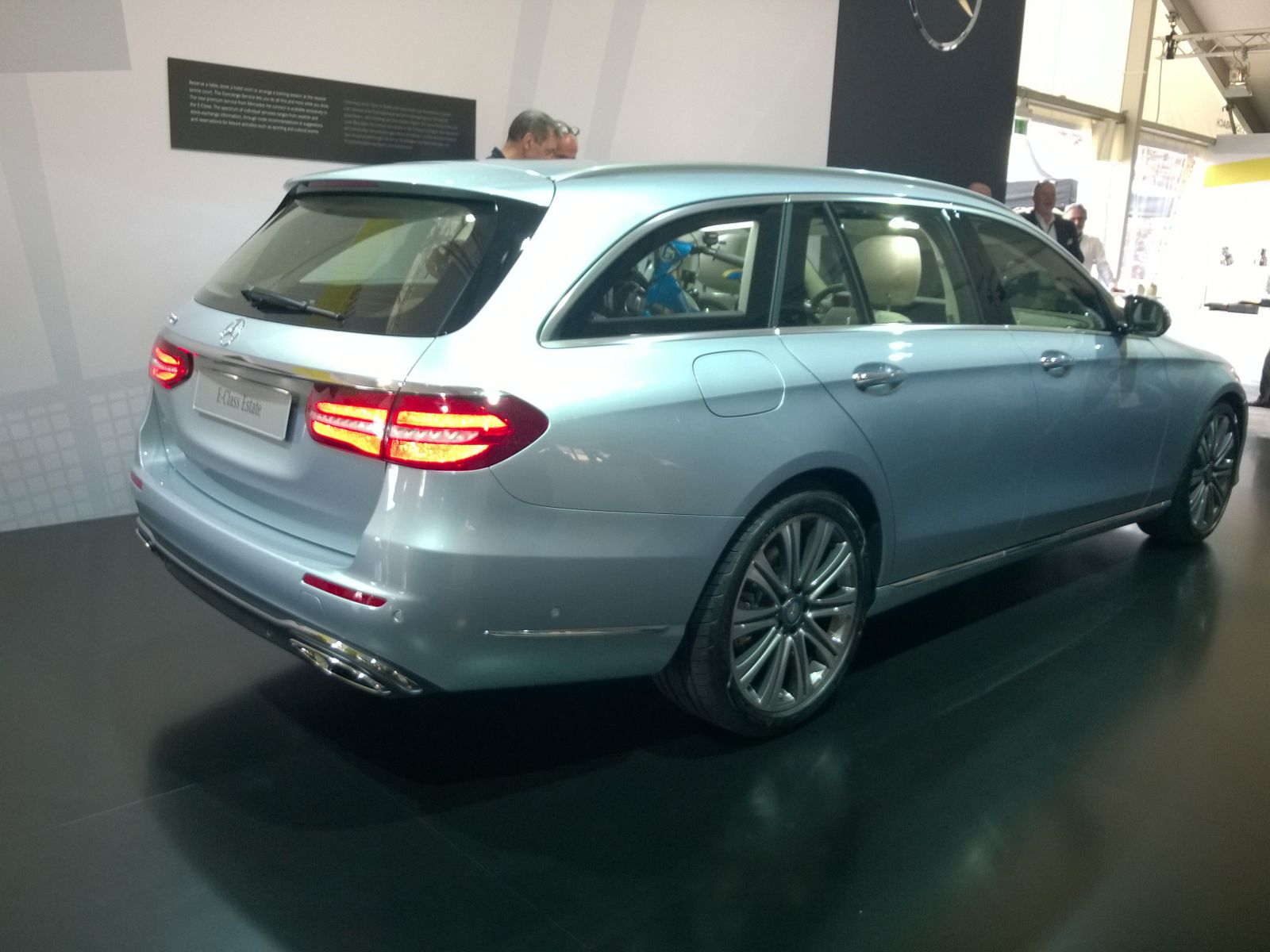 In terms of design, the new Estate adopts a fluidic silhouette eerily reminiscent of the posher CLS Shooting Brake’s window line. The boxy shape of the current E-Class T-Modell has been abandoned for the sake of style, something Volvo has also been doing with its latest V90 large wagon.

Technically, the new T-Modell will be largely identical to the sedan from a technical/technological stand point. The digital cockpit with two large 12,3-inch screens, semi-autonomous Drive Pilot system and automatic parking function via smartphone. The standard E-Class versions will get traditional analogue dials and an 8.4 inch central infotainment screen. 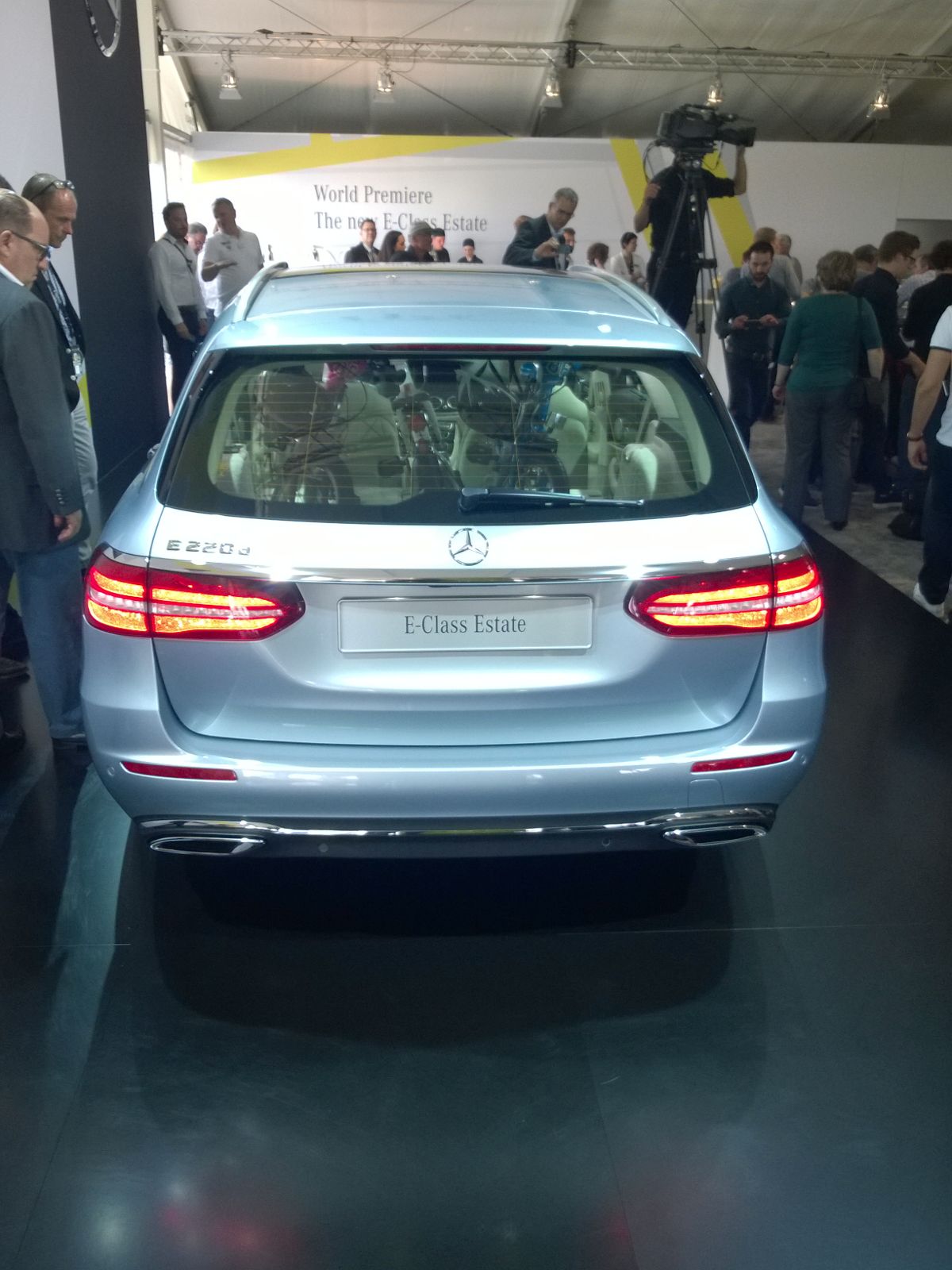 The engine range of the Estate, of course, corresponds to that of the sedan with the all-new 2-liter diesel engine, codenamed OM654, sitting at its core. Initially, the diesel range will be very clear as it consists of only the E 220 d version with 194 hp. Mercedes did takes the opportunity to add another gasoline version, though, the E 250 with 211 HP above its de-tuned but virtually identical 2-liter four-cylinder turbo E200 with 184 HP.

Later this year, another version of the 2-liter diesel, the E 200 d with 150 hp, plus the six-cylinder E 350 d with 258 hp will be added to the line-up. They will be accompagnied by a more powerful twin-turbo V6 in the form of the E 400 4Matic with 333 hp sent to all four wheels. The 9G-Tronic automatic transmission is standard in all cases. 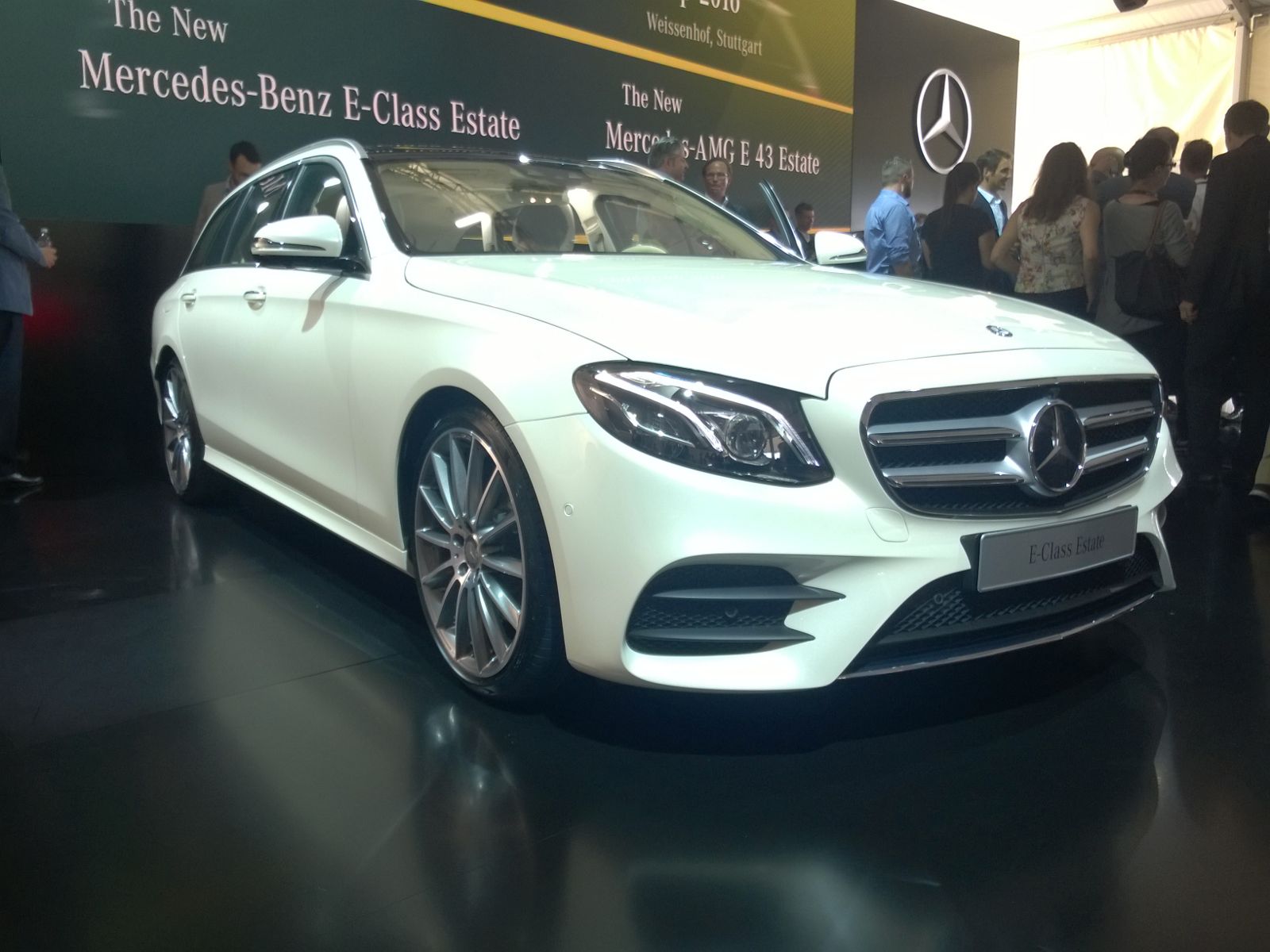 Last, but not the least, Mercedes is betting on diversity. T-Modell and sedan variants aside, the new E-Class family will be one of the largest in the model’s history. A Coupe (March 2017), a Convertible (September 2017), plus the the successor to the CLS (March 2018) are all set to join the rejuvenated range.