Mercedes-Benz is celebrating its triumph in the Formula 1 World Championship with two special models SL 63 AMG, created in cooperation with Lewis Hamilton and Nico Rosberg and produced in only 19 units for each model. 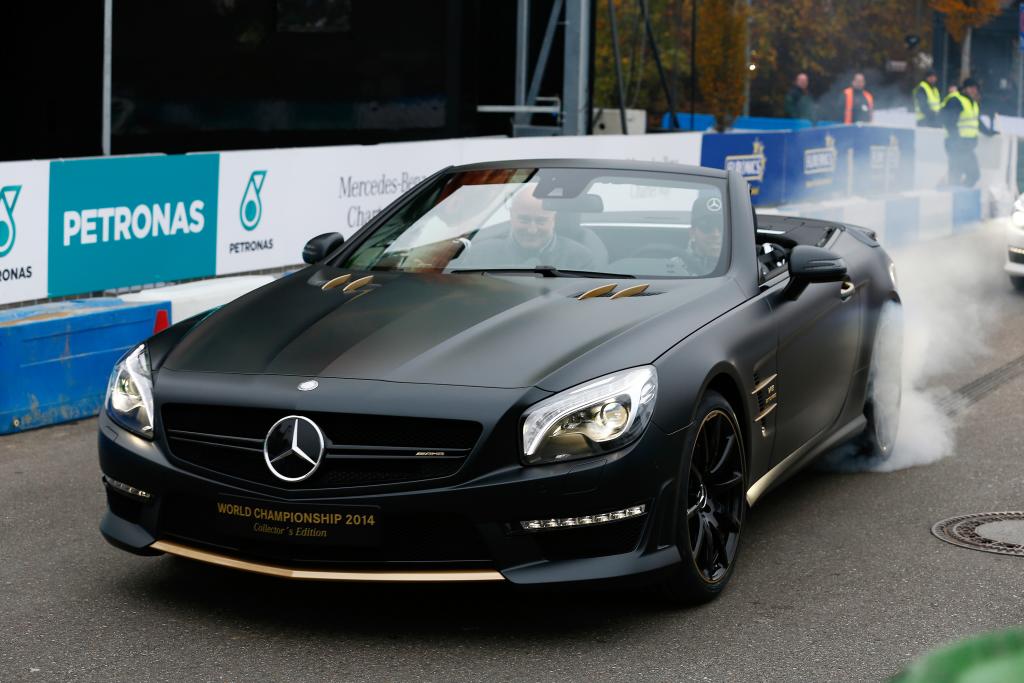 Why 19 units of each model? Because the 2014 Formula 1 season had 19 races, Mercedes-Benz decided to produce only 19 units in black and 19 in white and every car is unique in the truest sense of the phrase.

Each of the 19 white units and each of the 19 black units are different, because an illustration of the race track is hand-embroidered intro the vehicle’s floor mats and engraved on a badge in the centre console, as well as on the vehicle’s key.

The Hamilton version is painted in designo night black magno and the exterior mirrors, rims and door handles are painted in the same colour. The seats are dressed in black nappa leather with gold coloured stiching and the central console and the instrument panel are covered in black designo nappa leather.

The Rosberg version is painted in designo cashmere white magno, meanwhile door handles, rims, the insert in the front bumper and the spoiler lip are painted in designo himalayas grey. The seats, the upper part of the instrument panel and the soft top cover are covered with designo exclusive style leather in titanium grey with basalt grey topstitching.

Both version have an ultimate standard specification, which includes the AMG Driver’s package, the AMG sport suspension, a lot of assistance systems, the Airscarf, the Bang&Olufsen BeoSound AMG sound system, a panoramic vario roof with Magic Sky Control and the AMG sports seats. The maximum speed limit was raised from 250 to 300 km/h. 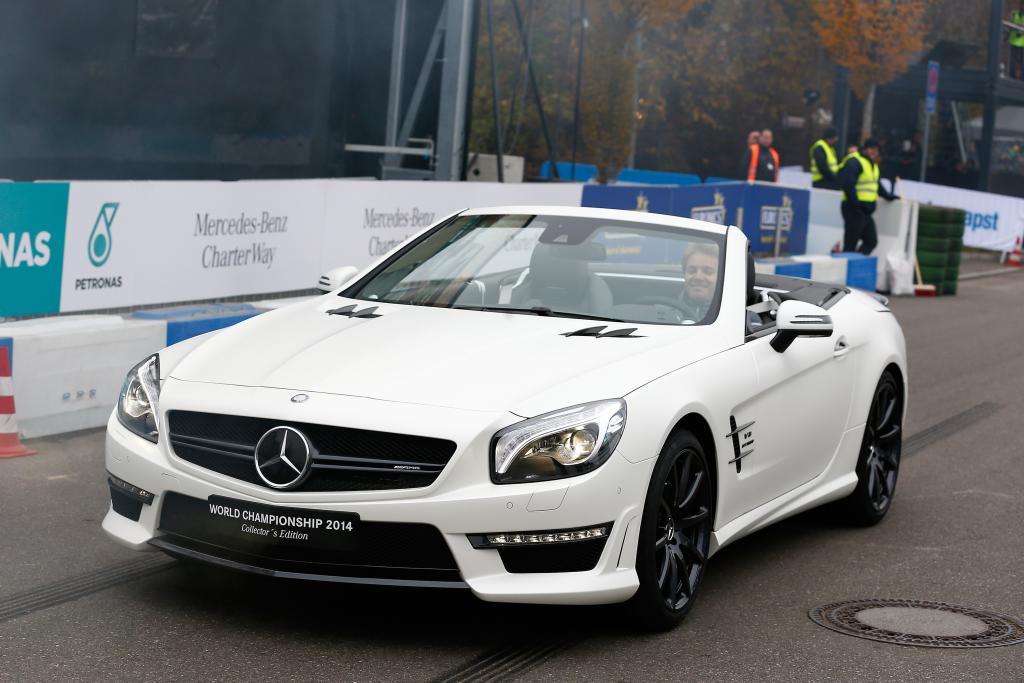 The selling procedure is also exclusive. At the beginning, Mercedes will offer both cars in a package of two and later, as individual units. The customers will also receive a helm of Lewis Hamilton and Nico Rosberg. Another exclusive extras are an IWC Ingenieur chronograph watch, an F1 book signed by both drivers and an invitation to the open race of the 2015 season in Melbourne.