Ewy Rosqvist – The Baroness of Mercedes-Benz

Since it’s the Women’s Month, Mercedes-Benz is celebrating the great women in their history. And Ewy Rosqvist is a lady that is definitely worth mentioning. In 1962, she won the Argentinian Touring Car Grand Prix in a Mercedes-Benz 220 SE (W 111).

5th of November 1962. Ewy Roqsvist finished over three hours ahead of the rest of the cars in the 6th Argentinian Touring Car Grand Prix. Not only was she part of the first all-female crew to win a major rally (her co-driver was Ursula Wirth), but it was the first time a single car had won every stage of a major rally, too.

Ewy was born near the city of Ystad, southern Sweden, on August 3rd, 1929. Her parents were running a farm and Ewy was the only girl in a family who also had four boys. Going to school and high school around her native place, she then graduated as a veterinary assistant in Stockholm. As a junior vet, she had to travel around to far-flung farms, at least 150 km per day. Her father then bought her a Mercedes-Benz 170 S (W 136) and that is how the story began. 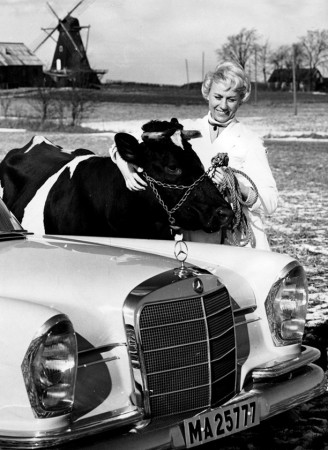 Within just a few years, she had clocked up to 220 000 kilometers in that car and was anxious to constantly improve her times while rolling between customers’ farms, on dirt and gravel roads. In her autobiography “Driving through hell”, she tells of those times: “I was driving so well, that I often finished for the day one and a half to two hours before my female colleagues despite all my stops on the farms.”

She later married Ingve Rosqvist, in 1954. He was an engineer and a motor sport enthusiast and she started accompanying him to the Swedish Rally. 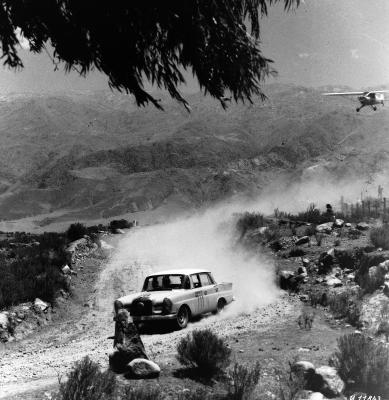 “I was allowed to drive on some of the intermediate stages and that was so much fun that I decided to take part in a rally myself, or as a co-driver, as soon as possible,” she later recalled.

And that happened in 1956, when she was 27, in the Midnight Sun Rally, with Maybrit Clausson as her co-driver. 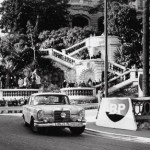 Paying small fortunes for every competition, the young female vet won Women’s Cup four times at the 1000 Lakes Rally in Finland and topped the female rankings in many other rallies across Europe.

Three years after starting out, Ewy became European Ladies’ Rally Championship and was given the award by the Princess Grace of Monaco herself. She won the title again in 1960 and 1961.

Because she could not financially afford to keep rallying as a private competitor, she decided to sign a deal with Volvo in 1960. But two years later, Mercedes-Benz recruited the female rally driver and her co-driver Ursula Wirth. The first race in their high-end Mercedes_Benz 220 SE (W 111) at that time was the 4-day Swedish Rally to Midnight Sun (12 to 16 June 1962). They made a great team together and soon secured the women’s trophy.

And then there was the Argentinian Touring Car Grand Prix, the legendary 4 624-kilometer competition during which Ewy and Ursula won all six stages before finally arriving in Buenos Aires. It was the most spectacular success 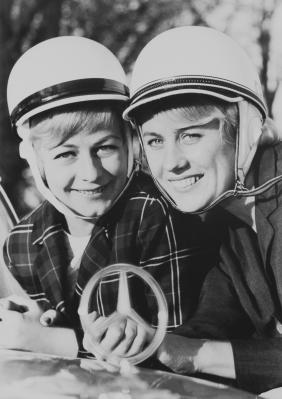 of her career. She won and she did it in style, by increasing the average speed from 121.234 km/h to a staggering 126.872 km/h. The previous speed was submitted a year before, by a male crew, in the very same type of car.

And of course, for her, this tremendous triumph was not to quench her thirst for success. She got 16th place overall and won the ladies’ class at the 1963 Monte Carlo Rally. 12th place at the Acropolis Rally and victory in the class up to 2,500 cc in a 6-hour race at the Nürburgring. And third place in the Argentinian Touring Car Grand Prix again.

In 1964, running with a new co-driver, Eva Maria Falk, Ewy Rosqvist won the class up to 2,500 cc at the Monte Carlo Rally. This time it was a 5th place in the Acropolis Rally and got a podium spot in the Spa-Sofia-Liege Rally. The same year brought her a third place in the Argentinian Touring Car Grand Prix again.

In June 1964, she married Baron Alexander von Korff-Schmysingk in the chapel of the Old Castle in Stuttgart. Her husband died in 1977, bu the Baroness remained in Stuttgart for several years and kept a close relationship with the Mercedes-Benz brand. She conducted guided museum tours in Swedish, German, English and Spanish. 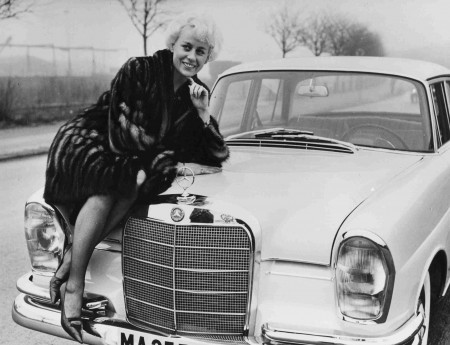 Nowadays, the former female Swedish rally driver now lives in Stockholm and is an ambassador for motor sport and a popular guest at the Mercedes-Benz Classic events. The Baroness Ewvy von Korff-Rosqvist will soon celebrate her 86th birthday.