EuroNCAP: Mercedes-Benz A-Class is the safest car of 2018

EuroNCAP looks back to this year’s safest cars tested. After drawing up the balance, three cars go home with a prize and the Mercedes-Benz A-Class is the big winner.

With 23 cars tested this year, there were significantly fewer contenders for the EuroNCAP safest car title than a year earlier, when the independent institute had a record year with 70 models reviewed. But, let us not forget that in the past year EuroNCAP introduced more extensive tests for the protection of vulnerable road users.

The big winner is the Mercedes-Benz A-Class. In addition to being the safest-tested car in the compact class with a full five star rating, it is also the overall winner of 2018. In the field of adult occupants, the A-Class scored an almost perfect score of 96 percent. In the category of vulnerable road users such as pedestrians, the Baby Benz achieved a score of 92 percent. Its extensive safety systems list helped it achieve a score of 75 percent in the field of Safety Assist. On average, the A-Class reaches a score of 88.5 percent. Enough to take over the baton from last year’s winner, the Volvo XC60. 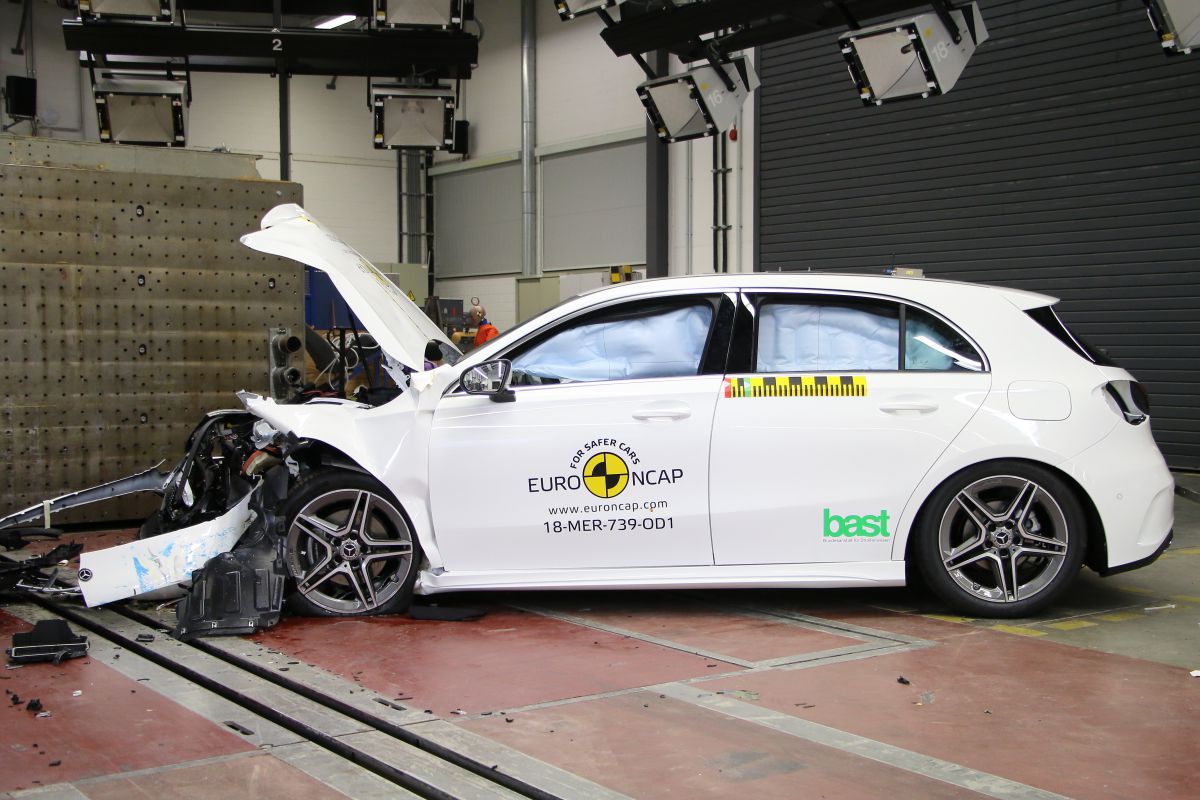 The second safest car of 2018 was the Lexus ES, which wins two prizes. In the class of big family cars, the Lexus has been labeled as the winner. The ES scored a 91 percent result for ​​adult occupants protection and 87 percent for children. In the category of vulnerable road users, such as pedestrians, the Lexus achieved a score of 90 percent. In addition, Euro NCAP concludes that the ES is the best performing electrified car.

The third winner, Hyundai Nexo, finishes 2018 as the best-tested SUV of the year. In the field of adult occupants protection the hydrogen powered car scored 94 percent, while due to the large, high front bonnet, the score for pedestrian protection was as low as 67 percent.