Electrified Mercedes-AMG GT 4-Door Coupe teased. When will it be ready?

Mercedes-AMG has released a teaser video, anticipating the arrival of an electrified Mercedes-AMG GT 4-Door Coupe. The car shows up in the end of the short movie.

The mysterious car shows up briefly in the end of the video lasting 2 minutes and 35 seconds that ends with the tagline “Together we define the future of performance.”

All that the video reveals are a camouflaged rear, with a prominent bumper and a four-tailpipe exhaust system. Even though they are alike similar to those familiar from the GT 63 S, the car stars off quietly, indicating that an electric motor sets the car in motion from a standstill.

This may be none other than the high-performance electrified AMG GT 4-Door Coupe that Tobias Moers hinted, when speaking of the GT concept going into series production. The car, based on the concept revealed at the 2017 Geneva Motor Show, would see the light of day in 2020. 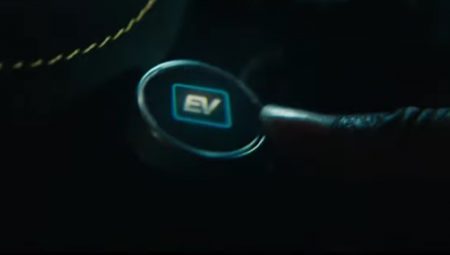 Details on the car will be revealed closer to its debut date, but fans should expect the same twin-turbo 4.0-liter V8 engine, in collaboration with an electric motor mounted on the rear axle, a combination that would provide the high-performance 4-door GT with all-wheel drive. In exceed of 810 PS and 900 Nm of torque, a run from a standstill to 100 km/h (62 mph) in around 3.0 seconds and a top speed of 305 km/h should be the figures that accompanies the future hybrid model.

The driver should be able to select the drive method, choosing between the petrol engine exclusively running, the hybrid mode and the electric mode, with the latter indicated by an “EV” button shown in the video.