Mercedes eActros, the first ever electric truck from Daimler, will become reality in 2021. A fleet of 10 eActros prototypes are already testing on the road and auto motor und sport tested one of them. Everyday benefits, energy consumption and economy are all to be researched.

Testing instead of announcing: While companies such as Tesla or Nikola announce electric trucks with sheer unbelievable ranges and driving performances, Mercedes goes on the road. This year customers test 10 electric Actros and starting from 2021 the electric truck is set to enter series production. Until then, it is necessary to clarify the scope, benefits and costs. 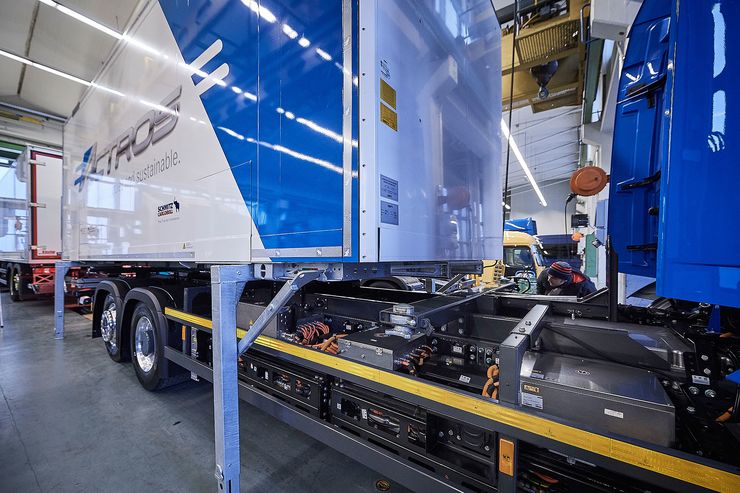 Batteries with 240 kWh capacity
Intended versions are the 18- and 25-tonne two- and three-axle vehicles for urban distribution. They should be able to drive with a battery charge up to 200 kilometers. If the eleven battery packs with a total capacity of 240 kWh are empty, the eActros powers back up with 20 to 80 kW in three to eleven hours, depending on the charging option.

The batteries are mounted in steel housings within the frame. According to Mercedes, the brackets first give way in an accident before the housings deform. Three battery packs are housed in the frame, eight below the frame. Auxiliaries such as the air compressor for the brake, the power steering and the cooling unit for the structure are electrically operated. In addition to the high-voltage network for the drive, a 12-volt network supplies power to the lights, turn signals, horn and cab. 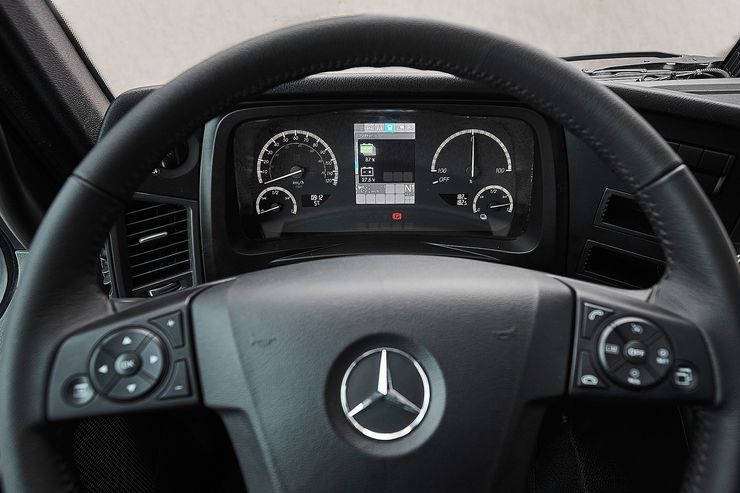 Driving impressions
But now to the exciting question: How does the eActros drive? For the time being, this can only be answered from the passenger’s point of view, since only factory drivers are allowed on the test site in Stuttgart-Untertürkheim. From the passenger’s perspective, the driver does what he does in the conventional Actros or Antos: start the engine or electrical system – the typical click sound is much more intense here and is heard around the vehicle -, occurs on the brake pedal, the steering column switch on ” D “switch and release the parking brake. Another look in the mirror and the experience eActros can begin.

If the driver bravely steps on the gas, which of course unnecessarily consumes power, the full-blown truck accelerates so brute that the pin flies smoothly from the counter. And that, as known from smaller electric vehicles, takes place gradualy and almost noiseless. On the track, the eActros turns just as smoothly and reliably as a normal truck, with the steady ups and downs of the suspension, just as his conventional brother. And this could be its biggest virtue: normality. 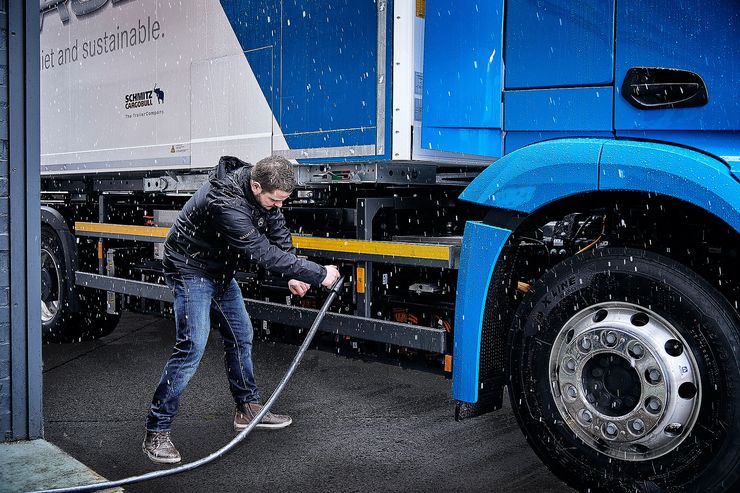