Electric Mercedes-Benz G-Class in the cards. When will it arrive?

The arrival of an electric Mercedes-Benz G-Class is imminent. The boxy off-roader joins hands with the zero-emission cars of the premium company. The future variant is most probably set to get the EQ-letters in its designation.

The future Mercedes-Benz G-Class powered by an electric engine has been confirmed by the Daimler’s CEO Ola Kallenius. Recently, the head of Digital Transformation, Sascha Pallenberg, brought the topic back in the spotlight with a Tweet: “There will be a zero-emission EV version of the Mercedes-Benz G-Class. In the past, there were discussions whether we should eliminate the model, the way I see things now, I’d say the last Mercedes to be built will be a G-Class”, he quoted Kallenius.

The Daimler CEO has already confirmed a 10-billion Euro investment ($11 billion) investment in the development of the electric cars, all under the umbrella of the newly-created EQ sub-brand, that already sprang its first creation, the EQC. 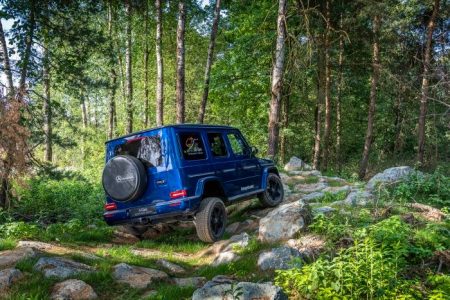 “By 2022, we will be bringing more than ten different all-electric vehicles to the market”, Ola Kallenius stated, with the G-Class included.

The electric G will be the first emission-free G-Class developed by Mercedes-Benz, but not the first ever built. Hollywood star Arnold Schwarzenegger is the owner of an electric G-Class with 490 PS. Arnold’s vehicle hits 100 km/h (62 mph) from a standstill in 5.6 seconds and reaches a top speed of 183 km/h (114 mph). A battery, with a capacity of 80 kWh and with fast charging function, provides it with a range of over 300 kilometers (approximately 190 miles).