585 hp are not enough! Edeltuner Edo Competition has pushed an AMG GT R up to 700 hp. Not only power and sound are extreme, but also the tires. Driving Report, courtesy of Auto Bild.

585 hp are more than enough in most situations! But not for Edo Competition, who wants to get the title “Fastest Mercedes on the Sachsenring ” with a tuned Mercedes-AMG GT R! 660 hp, 680 hp or 700 hp? What level of performance may it be in the Mercedes-AMG GT R? No problem for Edo Competition, because the tuner ignites the power depending on the gear. That means: In the first five gears 660 hp , in the sixth 680 hp and in seventh gear 700 hp are available. The maximum torque of 850 Nm is already delivered at just under 2000 rpm.

The extra power of up to 115 hp and 150 Nm is reached bz Edo through pure software tuning. The tuner quite self-confidently states the maximum top speed as ” well over 340 km / h “. A neat improvement to the standard 318 km / h. The brutal 850 Nm Edo Competition lets go on the standard transmission, here was nothing amplified, is not adjusted. So far, the seven-speed DCT transmission makes even after several thousand test kilometers no problems. 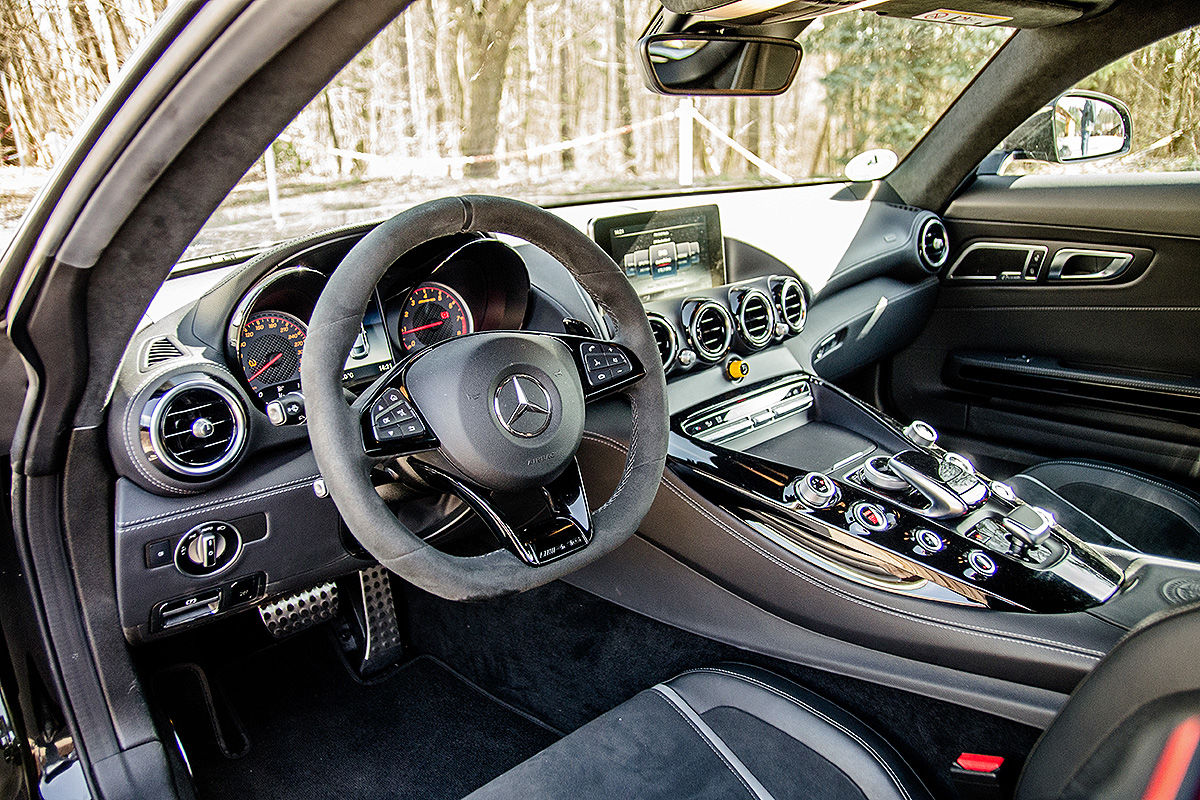 However, problems are made by the tires. Especially for the record day, Edo Michelin Pilot Sport Cup has 2 tires with ZP identification were installed. Although these sports tires are street legal, they have been developed for the racetrack. There they work sensationally well after a short break-in, but only for a short time. After just three quick laps, the expensive sports tires are brutally degrading. This is clearly noticeable on the subsequent test drive off the racetrack. The Sport Cup 2 look almost like slicks. At full throttle even in fourth gear flickers the ESP lamp in 660 hp mode. Fortunately, it is dry, in wet conditions it would be really dangerous with the low profile tires! 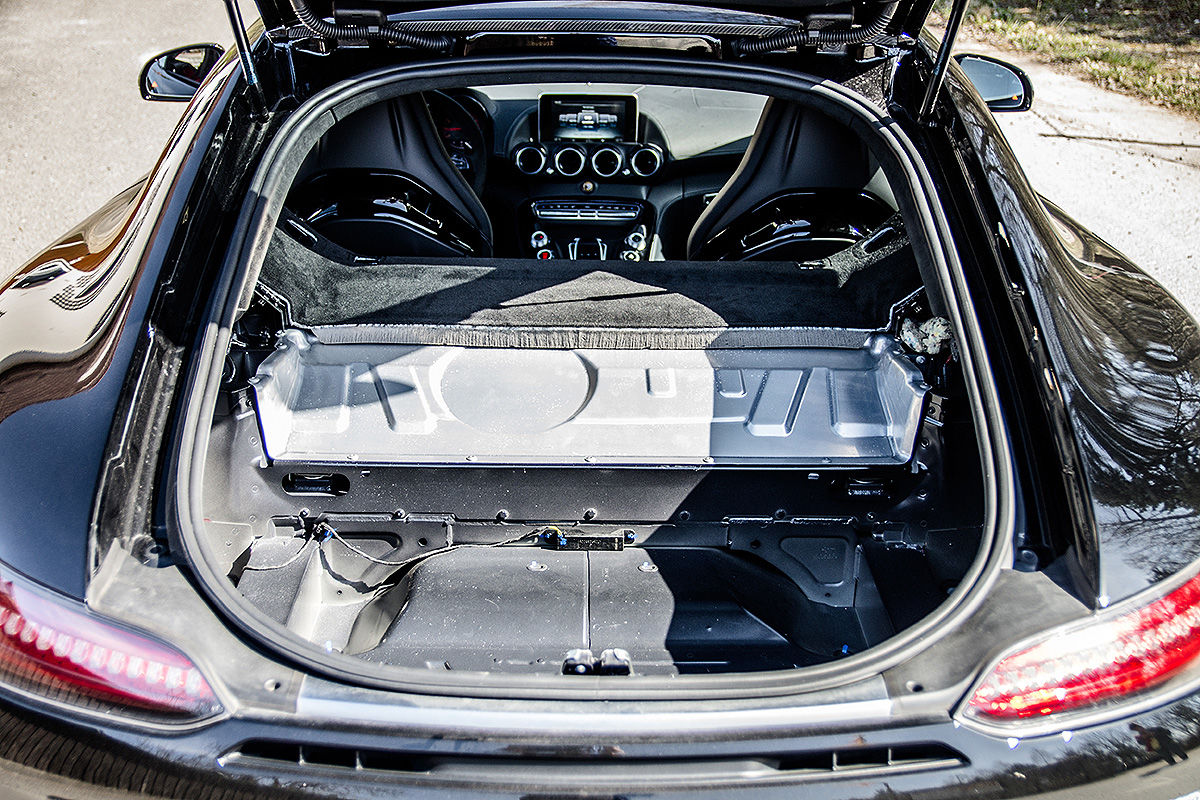 Despite massive traction problems, the extra power compared to the series model is clearly noticeable, since above all, the AMG GT R ​​from Edo pushes even harder. In addition, the V8 Biturbo makes more noise than in the production car. For two reasons: Firstly, the entire insulation material of the trunk was removed, on the other hand, Edo Competition has revised the standard exhaust , so that the flaps already switch to idle gear, conveniently by remote control. 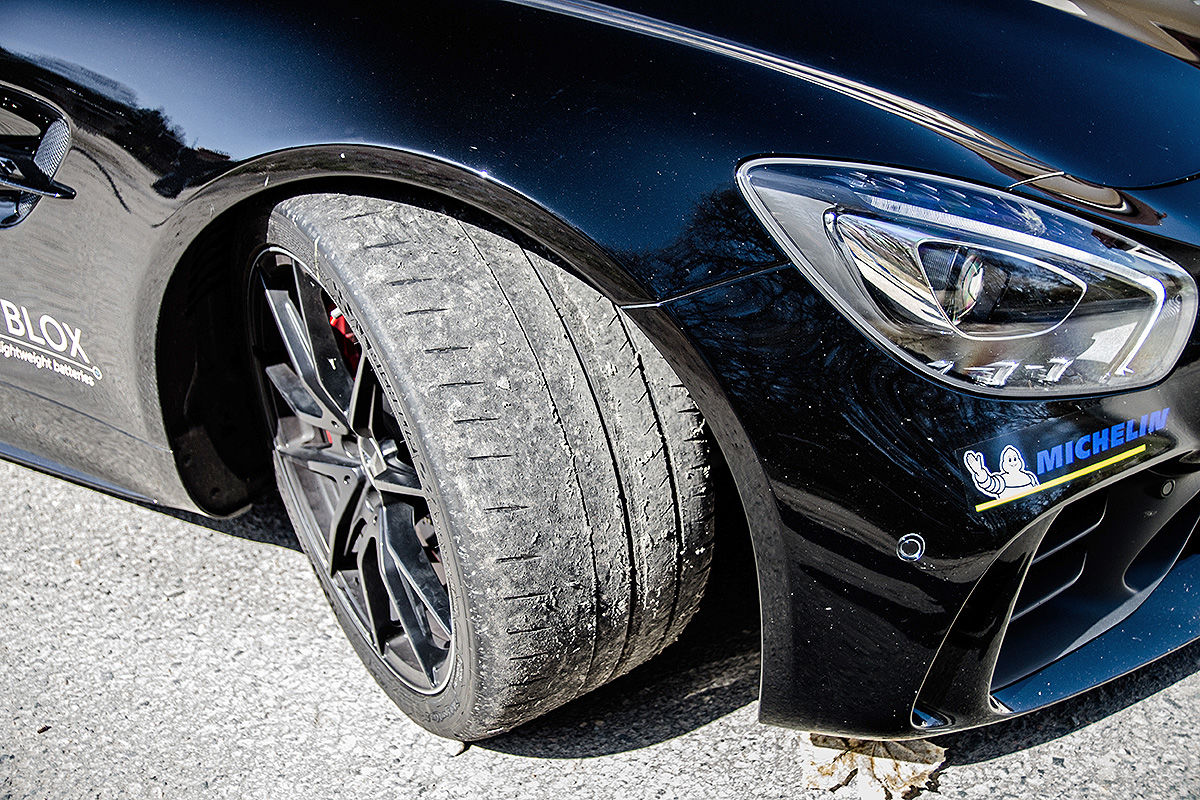 Above all, the downshifts are really fun – the GT R pops so loud that scare pedestrians and motorists alike. The fall values that the Edo GT R drives are not always suitable for everyday use: 3.2 degrees negative rear drop and 3.0 degrees negative front drop . Together with the lowering of the standard coilover suspension by up to 35 millimeters, the tuned GT R curves even more aggressively than the already super agile GT R. If the tires had better traction, significantly higher cornering speeds would be possible.

Then, however, the standard full bucket seats would be recommended, which offer significantly better lateral support than the AMG performance seats installed in the customer vehicle. The price is about 200,000 euros for the complete vehicle . That’s a 35,000 euros extra charge compared to a simply equipped GT R. 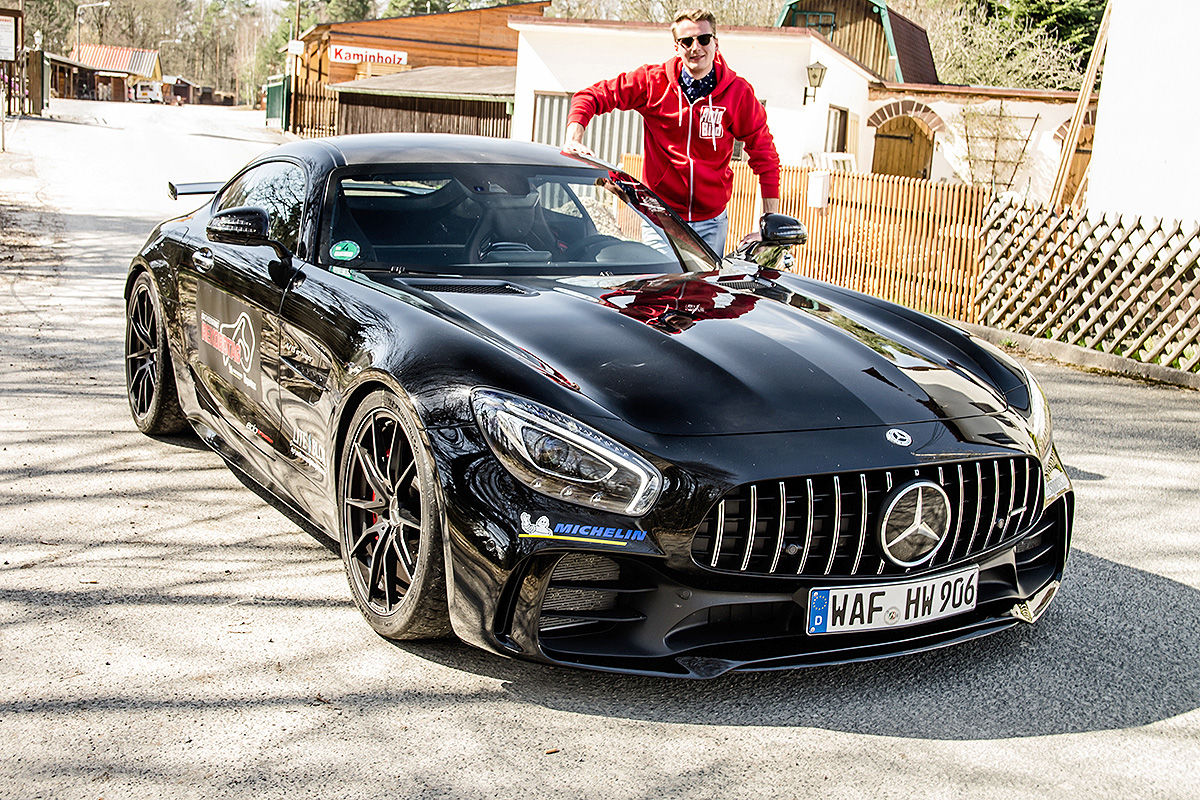 Edo Competition makes the AMG GT R even faster and more brutal without spoiling the sports car visually. Only the sports tires are too extreme for the road! It must be said that the Sport Cup 2 were registered with ZP-ID only for the record hunt. Actually, the GT R runs on normal Cup 2 for customer orders. The price for the tuning is fine!