The DTM thrill – a race weekend beyond the TV screen

The reputation of the German Touring Car Championship or DTM (Deutsche Tourenwagen Meisterschaft) has exceeded the national boundaries.  One of the most famous track races that even competes with Formula 1, has reached an unprecedented moment. But what happens in fact during a race weekend, gradually and beyond live television broadcasting? What is the story behind the actual story?

If you glean through the TV listing of a sports channel from time to time, you will see highlighted, in the weekend, a DTM season round, with free practices, qualifying session or even the race itself. Motorsport enthusiasts can enjoy a few hours of total show, but a TV broadcasting can’t be compared to a live experience. Starting 1984, with only three exceptions (1997, 1998, 1999) the most important race tracks in Germany host the stages of a competition which has consolidated in time a certain authority.

Friday to Sunday in the afternoon, the engines are raced to the maximum so that the stands which are full most of the time, can enjoy a real show. Besides the DTM championship, a weekend also hosts support competitions, single-brand or even monopost. The showdown is truly impressive and the perimeter of the racetrack is very well organized. Besides the main stand, where you can find the DTM automobiles, there are lots of specialized areas for each competition. Even if we talk about Porsche Carrera Cup, Maserati Trofeo, Scirocco Cup, Formula 3 Euro Series or others, a special stand for technical revision on the car exists for each pilot. The fun part for cars enthusiasts is that they can reach stands where they can witness the actual start preparation or even the technical revisions. As you can imagine at the main stands, the access is restricted. 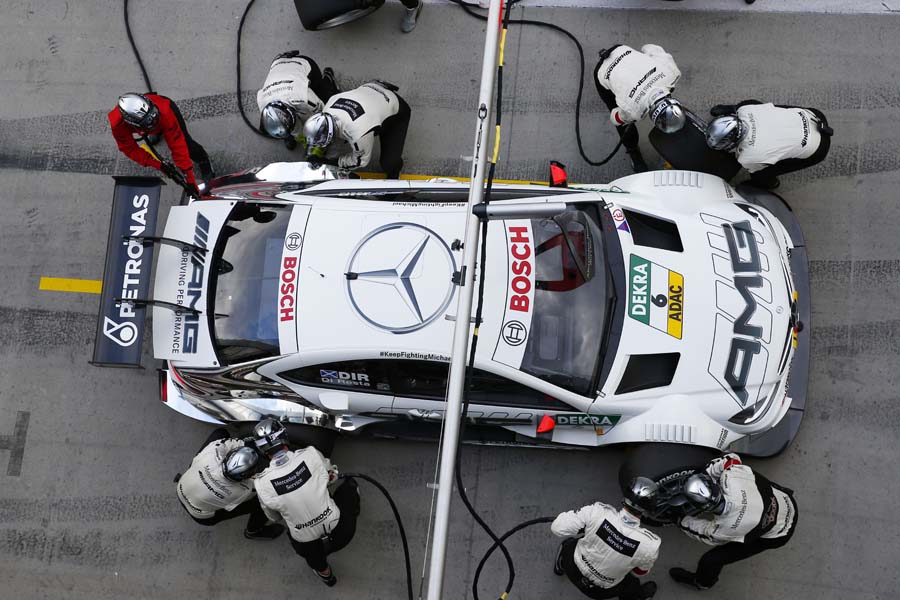 You can assist at a DTM race as a simple viewer or based on media credentials, acquired by individuals who usually have a career in journalism and press. This allows them the access in a large number at the circuit areas, sometimes at the stands but also at the media centre. The tickets are expensive in the more attractive areas, when cornering or when entering a sequel of corners, at the grandstand. The cheaper tickets are available in areas of the circuit with a less clear vision of the race. With the ticket that you bought you receive a certain seat, but once you get in the circuit perimeter you have full access to a variety of other attractions. Most of the time, a race day is actually a whole day, from morning to evening. In the first row you will find various restaurants and small boutiques, where you can buy food, beverages (even beer) or other crunching stuff. The atmosphere has to be more relaxed, so that the public, which is the most important customer on site after all, can enjoy the race.

A whole merchandising history is also available for the public, with lots of shops specialized in selling promotional objects. The more important race tracks, like the famous Nurburging, have their own shops, where you can find any object related to motorsports that you might need, from trinkets to clothes or interior decorations. Mercedez-Benz, BMW and Audi are the main characters involved in the DTM story and they also have the biggest and the best promotional objects centres. Race cars replicas are in great demand, while most spectators have either a cap or a flag with their favourite manufacturer. The prices are anything but cheap, yet there is enough demand.

For the most fortunate spectators, those with tickets at the special categories, guests or even from the VIP category, there is a possibility to reach the guest areas of the main sponsors from DTM, or at Mercedes-Benz, BMW or Audi. These seats, real guest houses, allow those who have access inside, to talk to the DTM team members and even with the pilots, to take part in conferences, networking, presentations, launching events or just to enjoy the race on the big screens in a relaxed environment.

In the perimeter of race tracks are organized thematic contest, like the simulation of changing race tires on time trial against the clock, photo sessions, or visits at the main stands for the wealthy ones, where the DTM teams are. The wealthy ones, those who can afford spending 1.000 euro, Mercedes-Benz, BMW and Audi organize taxi rides between practice sessions. Actually, the pilots driving the brand cars provide two circuit laps for the lucky ones, either driving history cars, even legendary, or some replicas of the actual competition versions – Mercedes-Benz C Class Coupe, BMW M4 DTM or Audi RS 5 DTM. 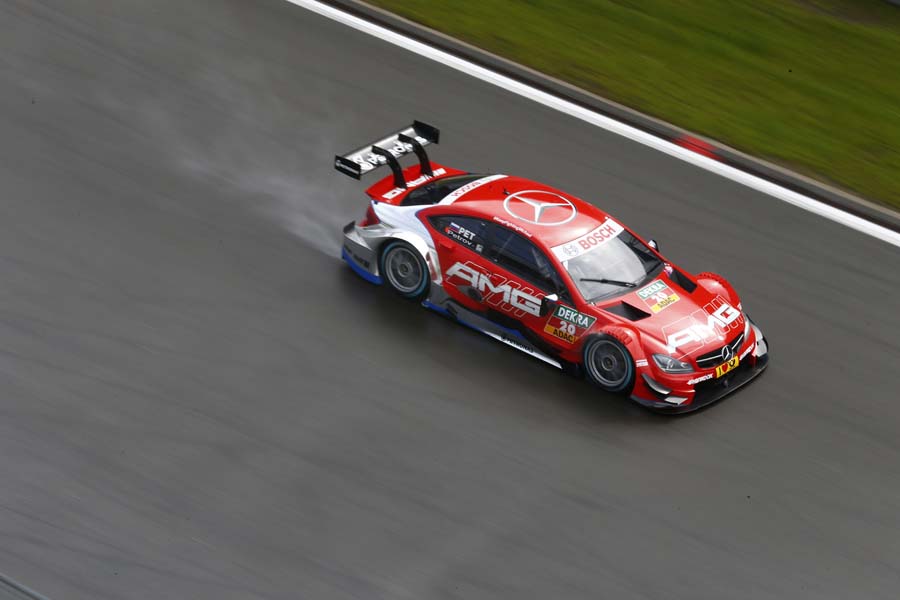 If we’re talking only about attraction, we can obviously add, the race itself; together with all the free clocked practice sessions and qualifications. As said before, the category of the ticket ensures a better or a decent seat for the view. The prices are not very high, instead they are considerably more accessible compared to Formula 1, for instance. In Germany, at Hokenheim, you can buy a ticket with a decent view with almost 50 euro. Another important lap during a race weekend takes place at the end, after finishing the most important race, the DTM one, when viewers are allowed the access on the track until the podium. You can make contact with the curves tormented by the race tires, and you can still feel the smell of burnt fuel and tortured tire. In short, a special feeling.

As I tried to describe it shortly, there are lots of alternatives to racing, once you get there. One thing is sure, a DTM weekend can be enjoyed as a life experience or as a family experience. For each participant, regardless of age and sex, there are a large variety of temptations. Like every other motorsport championships of this level, DTM is a real business, a receipt which has to produce money and it must act like a brand image. And these ingredients that were put together precisely, in a German way, had some obvious results. DTM is currently the most important and competitive touring championship in the world. It is an experience that none of us should miss, a successful project where Mercedes-Benz, BMW and Audi (for the moment) are the main characters of the story.