The Mercedes-Benz V-Class is getting a welcome update this Spring. The facelift brings stronger engines and more comfort for the big luxury van.

Performance can never be enough, especially not in a heavy MPV. In this respect, the decision of Mercedes to offer again a more potent V-Class is correct. Power output is rated at 239 hp and 500 Nm, so far the top V-Class was developing only 190 hp. But only four cylinders? It’s alright, as the internal OM 654 diesel is a strong engine, which has proven itself in its service for the C-Class and E-Class. And a six-cylinder as in the previous generation of the V-Class is not planned for the MPV.

The noise and emissions optimized four-cylinder engine fits perfectly the character of the van. On the highway, the nine-speed automatic gearbox of the updated Mercedes-Benz V 300 d (available from 45,810 euros in Germany) quickly changes into the high gears and switches back almost imperceptibly when accelerating. At a speed of 130 km/h, if anything, only the driver and passenger hear (slightly) the engine. In the well-insulated rear compartment, on the other hand, there is absolute silence. 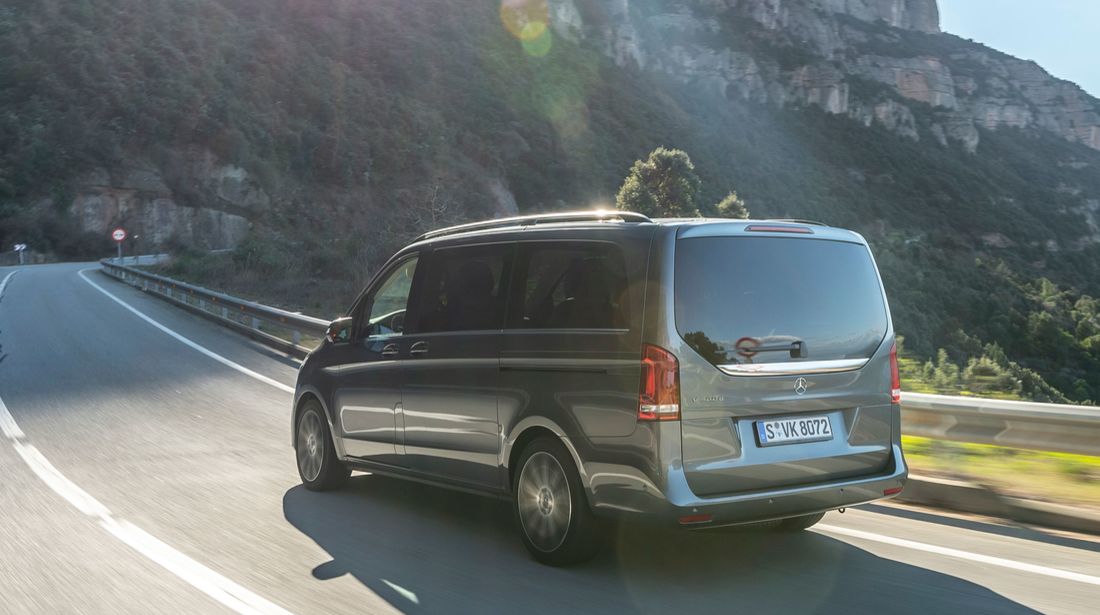 Even on bad roads, the heavy V-Class drives sovereign. Effortlessly, it pulls uphill very well, while the slip control system helps the tires stick to the road effectively. Here the two additional switching stages of the new automatic gearbox pay dividends. Of course, the Mercedes-Benz V-Class does not drive like a sports car, but enough power brings just noticeably lightness into play.

The new engine comes to the range as part of a model update for the Mercedes-Benz V-Class, which should now appeal to more demanding customers. For 6,500 euros extra, in VIP-shuttle guise, Mercedes offers two air-conditioned luxury seats with reclining and three massage functions, as in the S-Class. On the other hand, the V-Class facelift is also available as a tight-fitting eight-seater MPV, with three rows of seats. All versions are discreetly revised inside. Especially the now typical Mercedes ventilation vents in turbine look stand out. With six upholstery variants, various decorative elements – even in yach wood look – and a number of new wheels, every customer should find his V-Class. 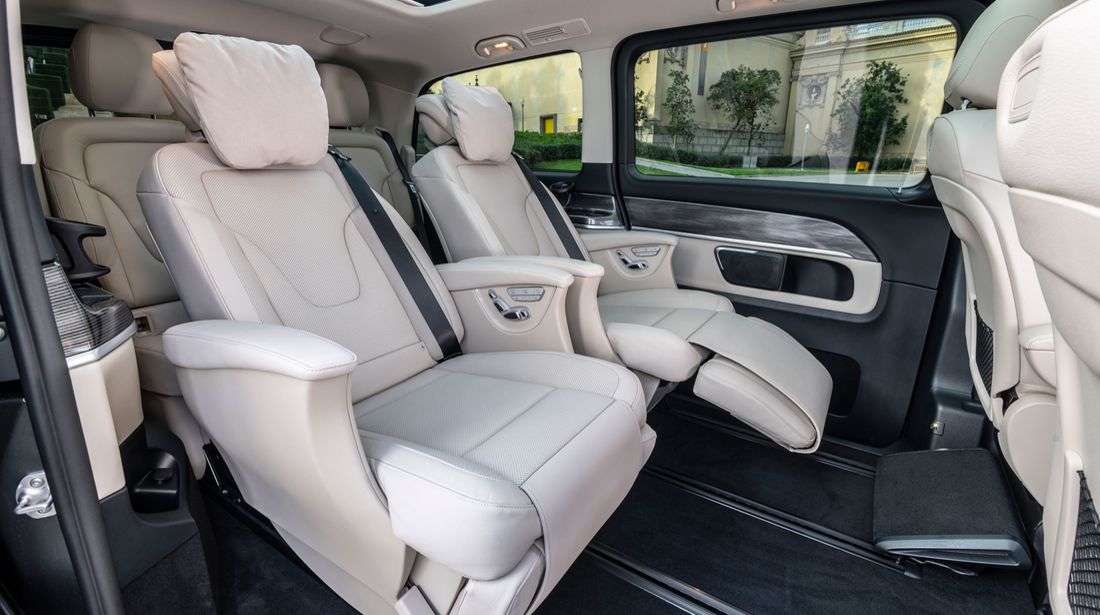 However, the biggest absence is the double screen layout – including the MBUX infotainment system of the new Mercedes models. Since the conventional cockpit design retains the central screen for the infotainment and a small display placed between the dials. Also, the buyers must do without a head-up display.

Fortunately, there are a few new assistance systems. For example, the collision warning system or the adaptive headlamps, which switch individual LEDs on and off, optimally illuminating the roadway without dazzling.

The entry price for the V-Class is significantly higher than before, because with the facelift, the 136 hp base engine was eliminated and all three power levels of the new diesel engine are always supplied with automatic transmission. The 163 hp Mercedes-Benz V 220 d is available from 33,300 euros and costs 4,000 euros more than the previous entry-level model V 200 d and now there are hardly any limits in view of the extensive customization possibilities. A configured to luxury shuttle V 300 d Exclusive can crack fast the 100,000 euro mark. But, do not worry, there will be enough buyers for it. 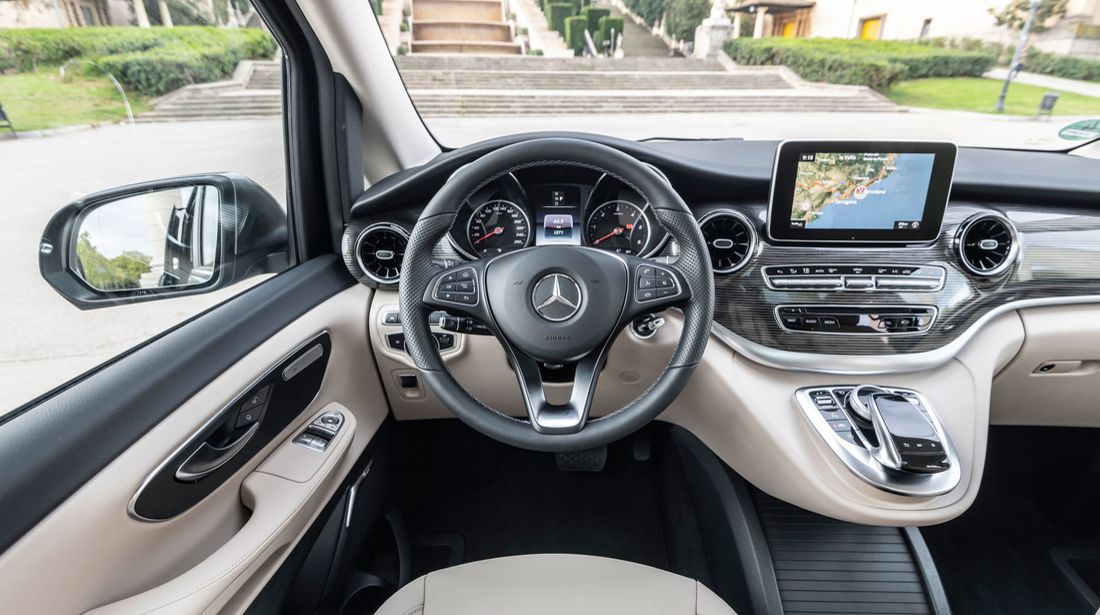 CONCLUSION
Although the facelift brings little visual innovations and no MBUX infotainment system, the strong, clean and low-consumption OM 654 new diesel engine is an excellent match to the even more luxurious Mercedes V-Class. Via: auto-motor-und-sport.de