Driving from Pole2Pole in a Mercedes-Benz G-Class

It takes a daredevil and a hell of a car to drive from Pole2Pole. And it seems that one man and one car were found found for the job. Mike Horn is planning his extreme adventure in a Mercedes-Benz G-Class.

Born in South Africa and resident in Switzerland, the professional adventurer Mike Horn is a multicultural combination himself. Now he is planning to start on a voyage around the world, from Europe to Africa, the Antarctic, Oceania, Asia, the Arctic, North America and back to Europe. The legendary Mercedes-Benz G-Class will keep him company and will keep him safe on his new expedition, after 2015’s successful K2. His sailing boat PANAGAEA, skis and simple walking will get him to his destination.

It is a journey of discovery, as he is ready to explore culture and nature. Those who want to follow him, can do that on social media.

“When you fly over a country it remains unknown to you. When you cross it by car and on foot you can see new things, discover the beauty of nature and understand the life and the needs of the people who live there. The Mercedes-Benz G-Class enables me to do this – even in the most remote areas of the world”, says Mike Horn. 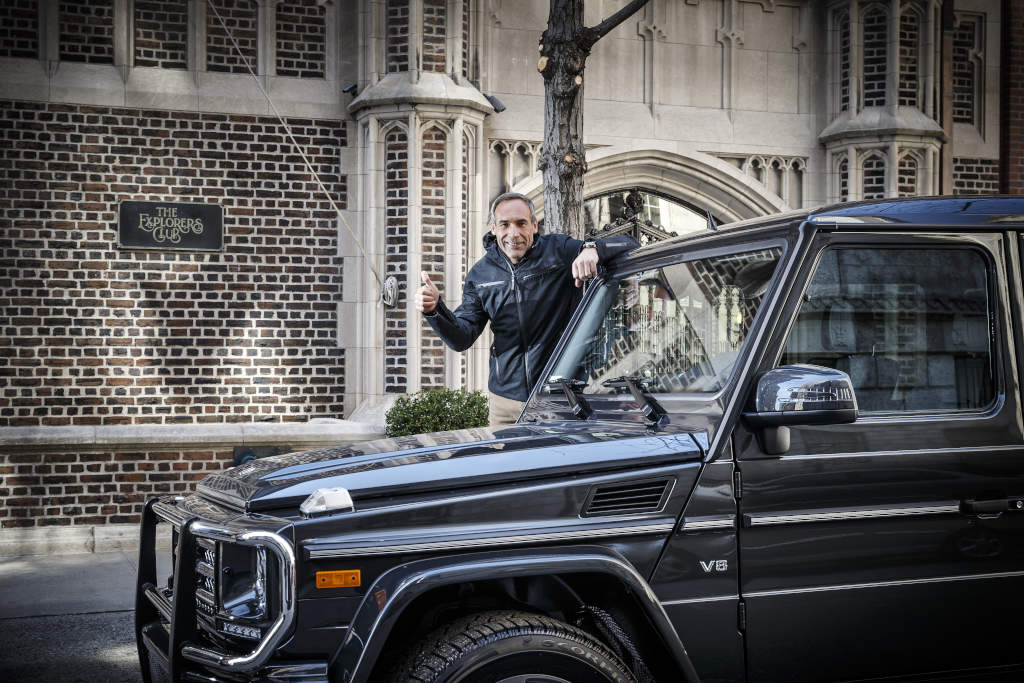 His new adventure is set to start on 6th of May at the Yacht Club in Monaco. He will sail to Namibia on his boat PANGAEA and then he will drive the G-Class through the desert. The route will then take him to Botswana and to Cape Town in South Africa. Another sailing session to Antarctica, which he will cross on skis. Oceania, New Zealand, Australia and Papua New Guinea are also on his adventure list.

It is already the third joint expedition, as Mercedes-Benz supported his “Driven to Explore” adventure last year. Mike Horn drove 10,640 kilometers in the G-Class, from Switzerland, through ten countries, all to way to Pakistan.

Mercedes-Benz also sponsored his PANAGAEA expedition between 2008 and 2012, when he sailed around the world with his 35-meter sailing vessel.

The explorer of the modern days was the first ever to navigate the entire length of the Amazon River on his own, to walk through the North Pole during the winter season, to circumnavigate around the globe with no motorized transportation.