Driver tries to escape the cops, but ends up launching his Mercedes off a cliff

Elena Luchian, January 26, 2020
1.55K 1
Home Auto news Driver tries to escape the cops, but ends up launching his Mercedes off a cliff

A driver in California wanted to flee the police cars that were chasing him and ended up launching his Mercedes off a cliff. At the moment of the inherent takeoff, he was driving at approximately 100 mph.

Due to the speed, the car flew over River San Joaquin in California, for more than 300 feet, before crashing on the opposite bank. The car landed on its roof and then rolled over several times, witnesses claim.

“In my 20 years, I’ve never seen a vehicle travel close to that distance”, says Mike Salas, California Highway Patrol spokesperson, following the scene that looked like one shot for Hollywood action movies. 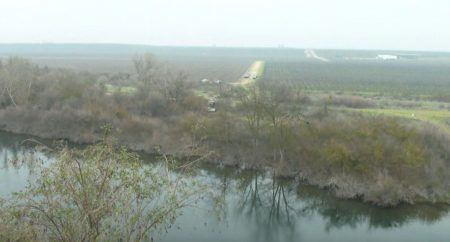 The man behind the steering wheel was David Callahan, 58. Police reported that he died following the impact with the ground. He was the only person onboard the Mercedes. He had previously hit a police car, then drove off, refusing to pull over when required by the policemen. Several police car started chasing him.

Following preliminary investigation, it turns out that David Callahan was not at his first encounter with the authorities. In July 2019, policemen knocked at his door. His wife called 911 telling that he was taking drugs.

Local authorities are running an investigation to find out whether Callahan flew off the cliff with the car intentionally or had no idea what he was doing.