For all those car games enthusiasts, there is a new kid in town. The spectacular Mercedes-AMG S 65 Coupé has just been released in the free online game Nitro Nation.

The S 65 Coupé beast is there to provide maximum driving pleasure in the game, with online rivals from all over the world, waiting in line for a good race. Powered by a 6.0-liter V12 engine, the Coupe benefits from 621 HP, which virtually make it one of the hottest and fastest rides out there: it can hit 60 mph (100 km/h) from a standstill in just 4.0 seconds. And before you can afford to pay around $240,000 for it, you can test-drive it online in the Nitro Nation game.

A pinnacle in terms of driving performance, pleasure and safety, the Mercedes-AMG S 65 Coupe channels all that power to the rear wheels through the 7-speed AMG SPEEDSHIFT PLUS automatic transmission. 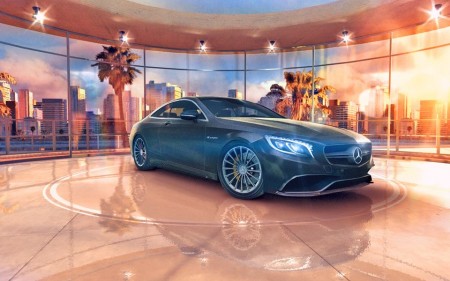 Nitro Nation is a game developed by Creative Mobile and launched in 2013. Two years after it went online, the virtual racing competition was awarded ‘Best Mobile Game at the DevGamm conference in Hamburg, Germany.

The Nitro Nation game is available for Android, iOS and Windows Phone.