Dieter Zetsche: “We would like to welcome Audi and BMW in F1”

Dieter Zetsche, Daimler Chief Executive Officer, said that Mercedes intends to go head-to-head in Formula 1 with the other two premium car manufacturers from Germany, BMW and Audi. This comes after Mercedes won the Formula 1 drivers’ and constructors’ championships.

In an interview for Germany’s Sport Bild, Dieter Zetsche claimed that “We share – and I’m talking about the premium business – about 80 percent of the world market share with Audi and BMW. Of course, we greatly admire Red Bull and Ferrari and the other teams, nevertheless other manufacturer teams would be very much welcomed by us.” 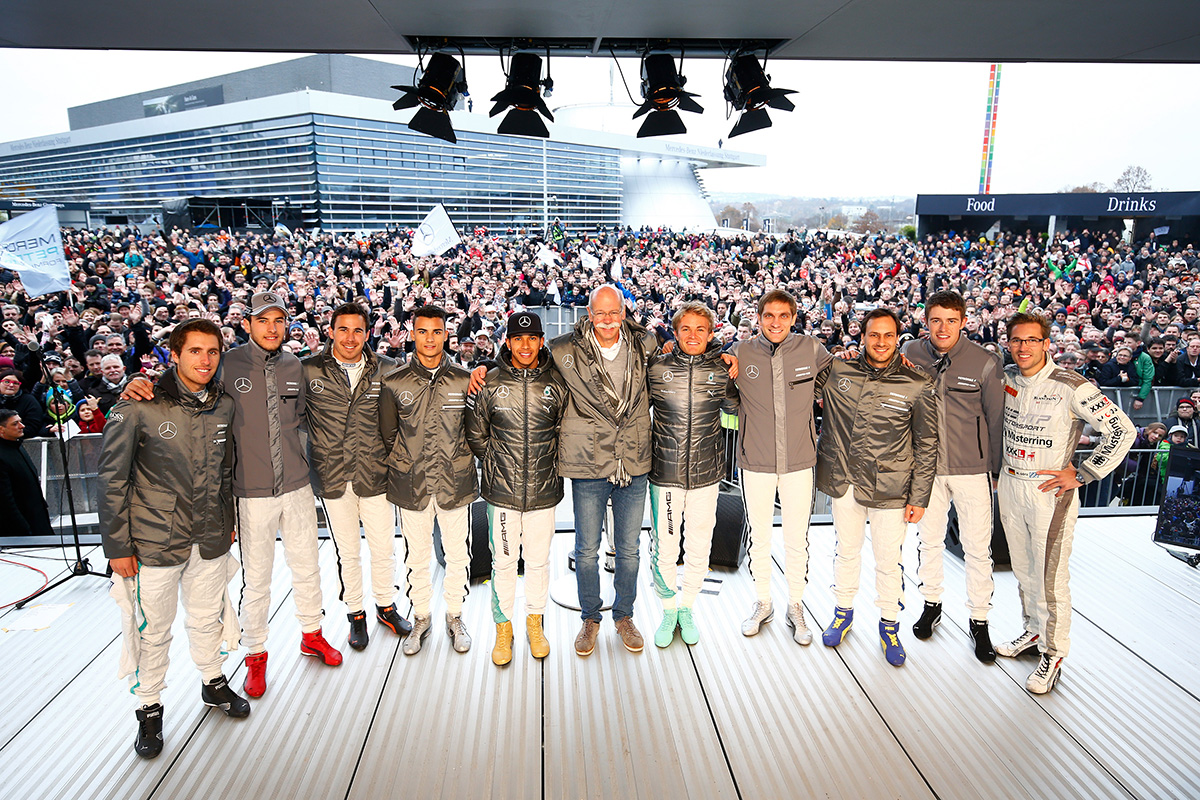 Initially, Mercedes looked for success with the Formula 1 champion, Michael Schumacher after buying the Brawn team, formally Honda in 2009. Afterwards, Dieter Zetsche admitted that “We never imagined that success would be so difficult and take so long to achieve”.

What’s more important to mention is that Zetsche denied all the current talk about Formula 1 being in crisis “All the criticism was led largely by those who were not successful.”

Furthermore, he saw the perfect opportunity to mention that the full potential of the Formula 1 was not exploited properly because the official channels of communication were not used in a professional way.

In conclusion he added that Mercedes is more than ever committed to professionalize the sport and to engage younger fans.