Die Hard with a Vengeance. We test the iconic G-wagon Mercedes-Benz G 350 d

The G-wagon Mercedes-Benz G-Class has been given a new lease of life for the 2016 model year. The three and a half decade old off-roading icon gets a mild power boost and visual tweaks meant to keep things fresh. We test the bread-and-butter 3.0-litre V6 Mercedes-Benz G 350 d diesel variant.

Clearly, no one can argue that the Mercedes G-Class doesn’t boast an impressive retro appeal with its familiar boxy shape and undeniable charisma. In fact, little has changed since the 1979 original, exposed screw heads, turn indicators mounted on the bonnet and bluff windscreen included. The recent update added modern touches like LED day running lights and new front bumper with AMG style air intakes. Nothing more, nothing less.

The interior has been changed, too, but only to add a new instrument cluster in two tube look with 11.4 cm multifunction display and again an AMG style gear selector. The updated G 350 d features the full 7-inch Comand sat-nav system as standard as well as heated leather seats and ISOFIX child seat anchorages, with a heated steering wheel and even a TV tuner waiting on the options list. The result is an environment that feels well screwed together but more than a little bit outdated. 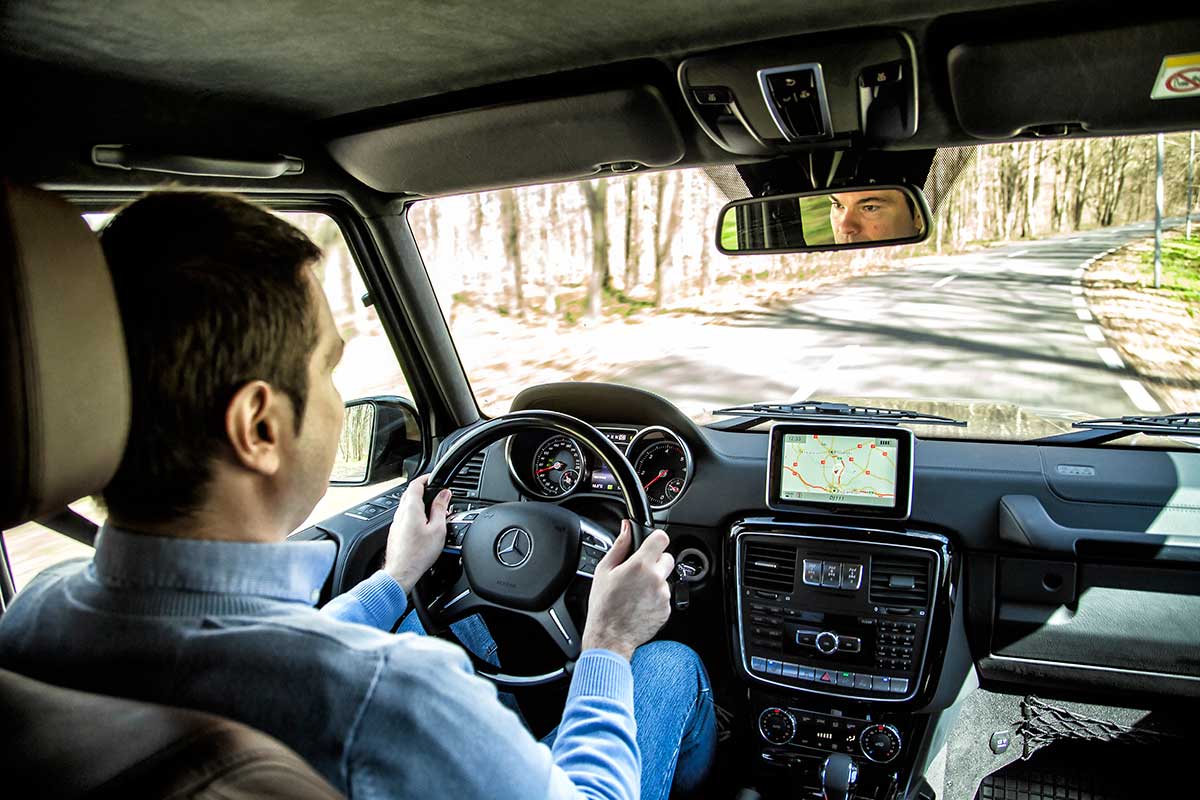 Form does follow function in the case of the G-Class which thanks to its boxy allure offers a roomy boot capable of swallowing 2,250 litres of luggage. Another practical touch is the wipe clean lining and partitioning grille, which makes the G-Class perfect for carrying your beloved dogs. One downside though remains the high loading sill and, of course, the boot door itself, which opens sideways rather than upwards. That means you need a great deal of room behind to gain access to the luggage compartment.

The space on offer is also rather limited, particularly on the rear seats, that ideally could have been a little more spacious. Two tall adults will struggle over long distances. But first, they’d need to get into the cabin, since the car’s high ride height can make it predictably difficult to climb in and out of the car. Given the copious amount of road space occupied by the G-Class, the cramped nature of the cabin must come as a real dissappointment. So, don’t plan on using the G 350 d as a plush luxury SUV. For that, you’d have to turn to the GLS 350 d.

At least the G 350 d doesn’t feel entirely outdated in terms of dynamic prowess. The 3.0-litre V6 turbo engine now has 245 hp – an increase of 34 hp – while there’s 600 Nm (up from 540 Nm) of torque which, as we discovered, is enough to get the G-Class spinning effectively all four wheels off the beaten track. Refinement is still off the G-Class’ agenda. The gruff engine note might seem rather blunt at first sight, but push on and it becomes quite intoxicating, indeed.

Equipped as standard with a start&stop function, the G-Class is also more efficient now with fuel consumption rated at 9.9 l/100 km – 11.2 l/100 km for the previous model. Quite impressive in light of its 2.612 kg weight. The 7G-Tronic Plus automatic transmission comes as standard and features a manual mode accompanied by change paddles grafted on the steering column. There are also an Eco and a Sport mode, the former one proving rather sedate by our standards. We must confess Sport was on most of the time during our run, so an average of 13-15 l/100 km is the best we’ve got. Performance is as plentiful as you’d ever need given the G-class’s bulk and relative lack of steering precision, with a 0-62mph time of 8.8sec (before 9,1sec) and a 192 km/h top speed. 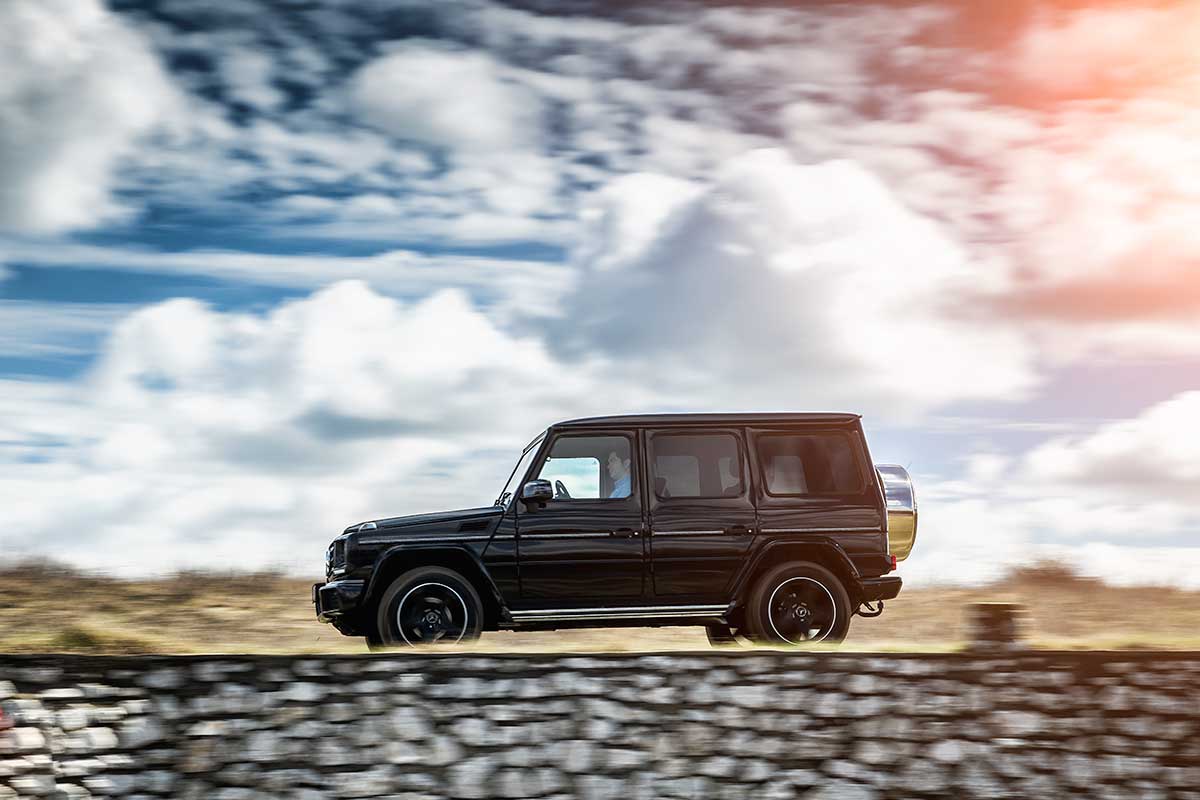 The rugged, off-road biased ladder chassis received a number of tweaks for the 2016 model year, including new shock absorbers aimed to improve the ride and reduce body movement, plus a retuned ESP software. But despite all the subsequent updates and electronic gadgetry reluctantly accepted on board by the G-class, the mighty off-roader still offers a decidedly old-school driving experience. The higher the speed, the more difficult it is to keep the G-Class straight on its path, as the steering wheel meanders off line, asking for repeated corrections and constant attention. Mercedes’ electro-hydraulic power steering proved surprisingly heavy and communicative, but overtly slow to self-centre.

Anyone who is used to the serene ride offered by the Mercedes GLE or GLS on pneumatic suspension should simply look away, especially if comfort is high on their agenda. The coarse nature of the suspension means that the G 350 d is a car you’d be wise to drive slowly, particularly over larger bumps. Go over 130-150 km/h and you’ll feel like doing 200 km/h in a family Golf. Aerodynamics do play their role, too, as the bluff shape of the G-Class basically puts you in a constant fight with the wind itself.

But none of the aforementioned quibbles truly matter if you consider the considerable off-road credentials. The G 350 d facelift retains the familiar sturdy basis of body and ladder-type frame. This solution offers generous reserves to cope with the increased power. The G-Class has approach and departure angles to humble any modern SUV and can happily dive through 600 mm of standing water, something not even the mighty, but more modern Range Rover can brag about anymore. 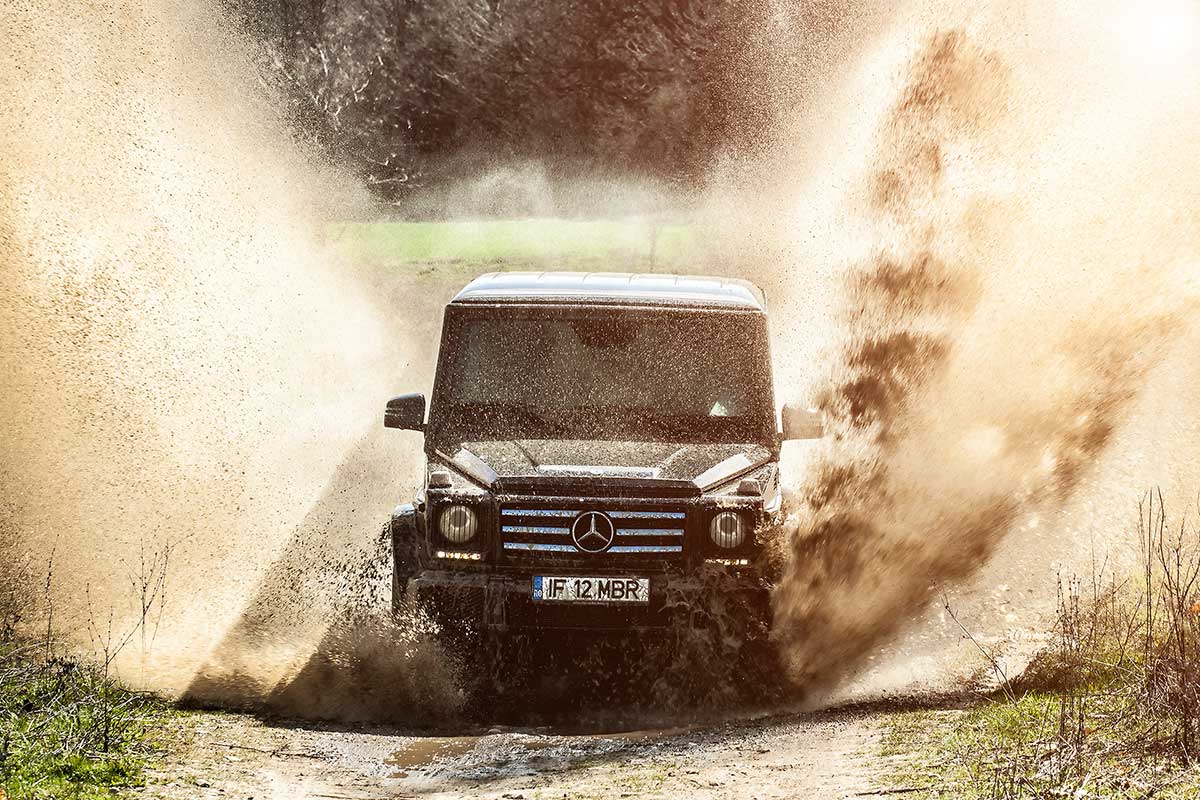 Three separate differential locks deliver peerless traction on mud, sand, snow, or whatever you throw at it, all coupled with a low-range transfer case. Last but not the least, the incredible reputation that the G-class has for reliability and robustness is a significant detail to keep in mind. The G-Class is an off-road legend and Mercedes-Benz wants to make sure the updated model will keep its crown.

Hand-built in Graz, Austria, the G 350 d feels extremely solid and gives you the impression it can still run, trouble-free after an atomic apocalypse, with all the electrics and mechanical components already tried and tested elsewhere in the Mercedes range. This impression is confirmed the minute the door shuts with that reassuring ‘clunk’ comparable only to that of a sturdy tank. In fact, models from the late seventies or eighties still serve the German and Austrian military today, without the faintest sign of aging. Safety is not stuck in the past, but on par with modern standards with ESP, Brake Assist and ABS, driver, passenger and side airbags offered as standard. 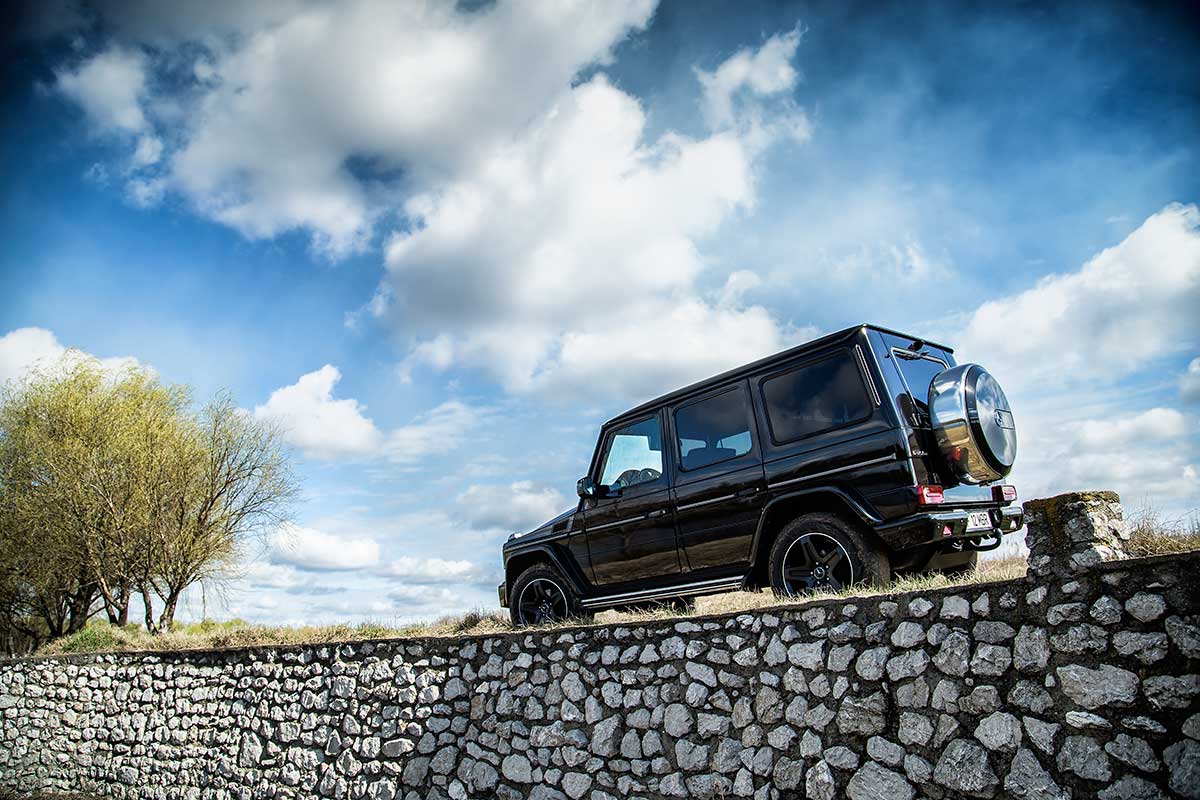 Nothing can beat the G-Class’ charisma as a go-anywhere off-road expert. Its retro appeal is equally intoxicating, providing a real sense of occasion. And with the help of added creature comforts like modern multimedia and safety systems, the G-class lives on to see another decade – showing little signs of aging. Still, the compromised comfort makes the blunt G-Class decidedly hard to recommend as an everyday family car.