In the new integrated market launch campaign the new Mercedes-Benz CLA Shooting Brake is a predatory hunting its pray from above the roofs of the city, in the urban jungle.

The market launch campaign uses all communication media. The print ads show the CLA Shooting Brake above the roofs of various cities, a real breath-taking view. The print campaign comprises three motifs and started on 2 March 2015 in daily newspapers and magazines throughout Germany.

“The CLA Shooting Brake is ideally suited to a young target group that seeks inspiring experiences and new challenges. With this in mind, we are showcasing the vehicle in an urban jungle setting and evoking a dynamic lifestyle which we refer to as ‘urban hunting’ – the hunt for thrills and adventures in the city.”, says Dr Jens Thiemer, Head of Marketing Communications at Mercedes-Benz Cars.

As for the TV spot, it shows the CLA Shooting Brake as a night-time hunter, sitting on a parking deck high above the city. Nico Rosberg walks towards the car, unlocking the vehicle using only his smartphone. After that, it begins the drive through the vibrant urban nightlife and the voice-over reaches its climax with the sentence: “I’ll find you, wherever you are hiding”. 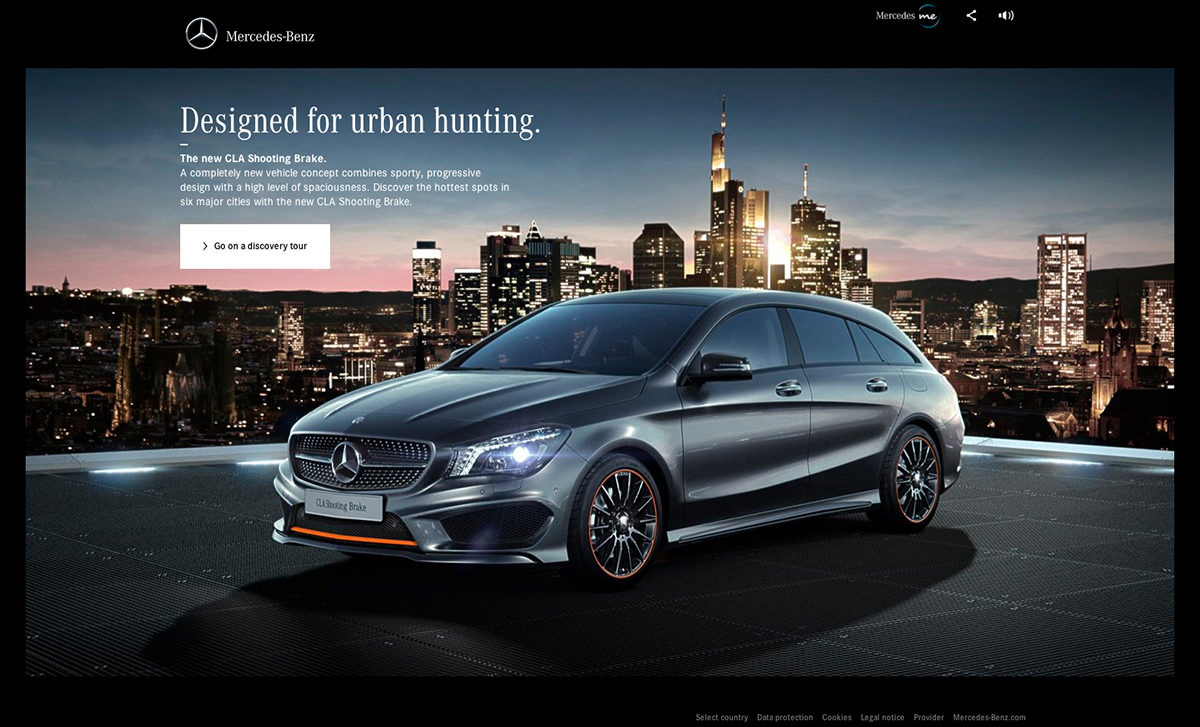 For the online, the digital campaign “Connected City” shows the CLA Shooting Brake, the same urban hunter above the rooftops of metropolises such as Frankfurt, Paris, Barcelona, Milan, Brussels or Tokyo. In each case, the car is always in touch with the heartbeat of the city. 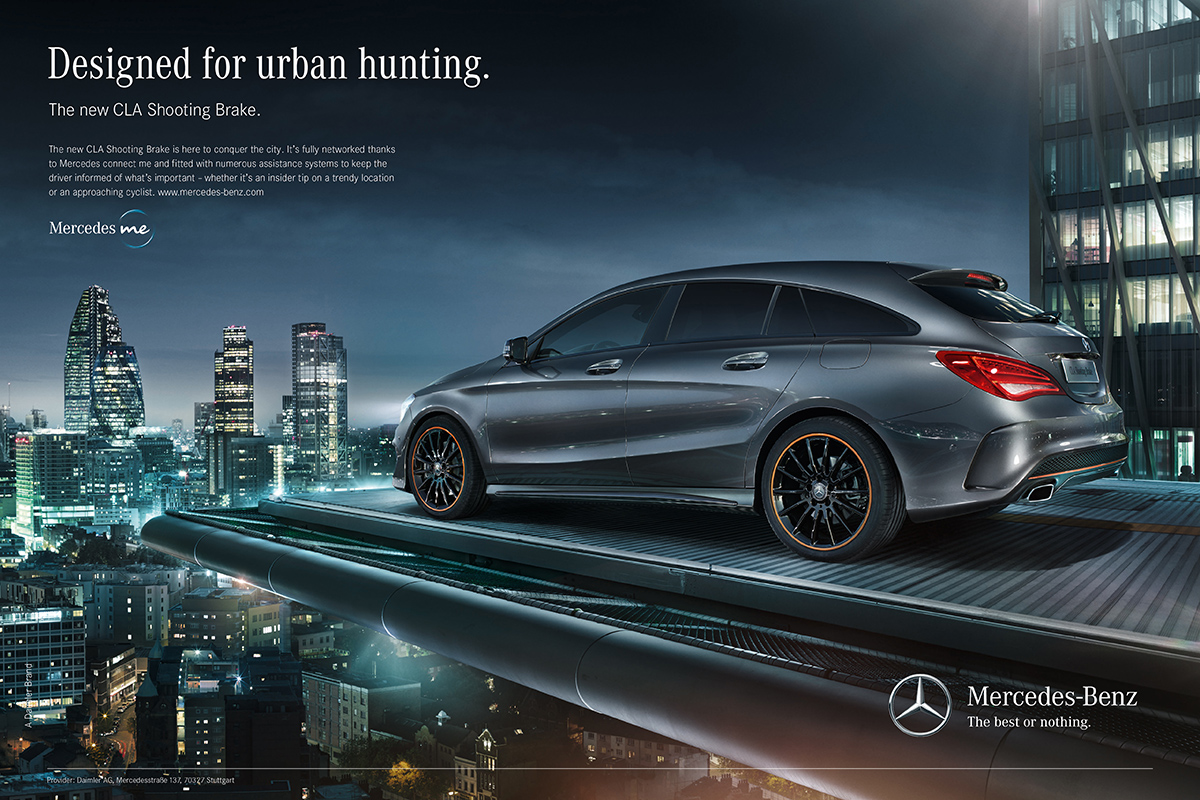 The six metropolises stand for various aspects of the vehicle. Frankfurt for connectivity, Barcelona for the exterior design, Tokyo for safety, Brussels for comfort, Paris for the interior design and Milan for driving dynamics.

Mercedes-Benz’s creative agency Jung von Matt/Alster and next is responsible for designing and implementing the campaign.