Seven years after he retired from Formula 1, David Coulthard still can’t stay away from the racetrack. So the British took the Mercedes-AMG GT for a spin around Nurburgring. He pushed its limit around the tight corners of the German runway and got the tires fuming. Literally!

David Coulthard puts on his tracksuit, his helmet and his gloves and drinks his energy drink. He needs every single sip of that and he knows it. He’s dressed up to the nines. Well, speaking from the racing life point of view. And that’s because he’s going on a date with the super… car (did you really expect us to say “lady”?): the Mercedes-AMG GT S. He took on the Red Bull challenge and went out on the racetrack to drive the 510 HP version.

With 13 Formula 1 wins in his CV and 9 years behind the wheel of a McLaren Mercedes car, David Coulthard could just not keep his foot off the throttle of the GT S. “I want it all”, screams the one playing the song in the video. And Coulthard would never settle for any less than that. He definitely wants all from the white pearl Mercedes, propelled by 4.0-liter V8 biturbo engine. And he is on to prove the official run time from 0 to 100 km/h in just 3.8 seconds are the real deal.

The 43-year old former Formula 1 driver drifts and spins until sparks come out his 20-inch tires.

And he turns out to be completely mesmerized: “This car will make a lot of people who have driven a Porsche 911 up till now think again”, the Monte Carlo resident said, as he come out of the supercar. Coulthard says that the AMG GT iS s a car that functions perfectly on the racetrack, but is also suitable for the every day use.

The British feels like home on the Nurburgring racetrack. In 2012, he tested another supercar: the SLS AMG GT.

But a year later, he was miles away from what he was used to, by finding himself sat behind the wheel of a Mercedes-Benz 220SE Fintail with only… 120 HP! Hard to imagine, right? 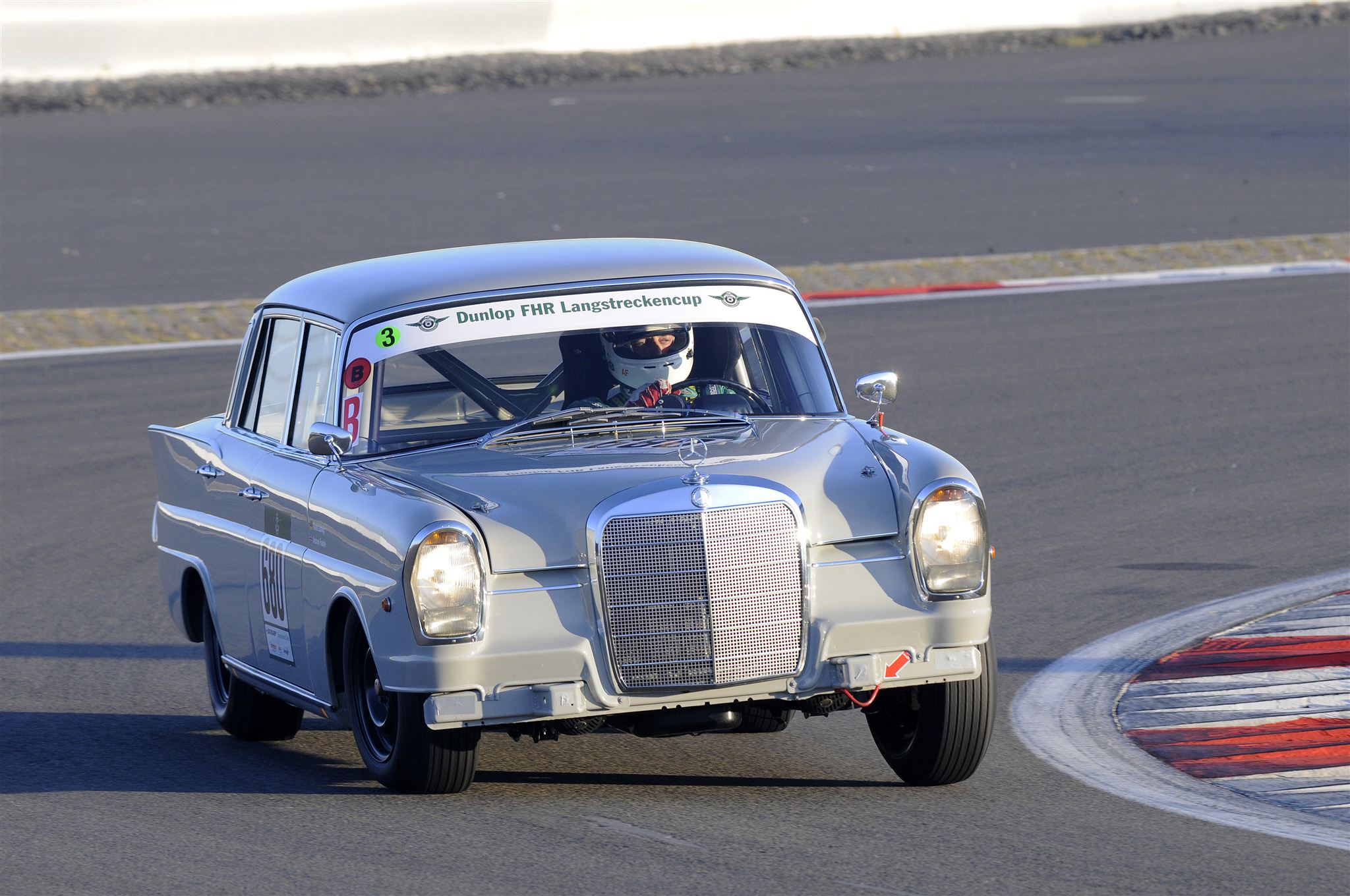