2015 is about to come to an end, but Mercedes-Benz is still gathering reasons to celebrate. Daimler Trucks has just won the European Excellence Award for communications, in the “Automotive and Transport” category, in a ceremony held in Stockholm, Sweden.

The Trucks division of Daimler has gone gold at this year’s European Excellence Awards in Stockholm. The world’s first autonomous driving truck, the Freightliner Inspiration Truck, was the one to snatch the award, for its high-end premiere in the Black Canyon.

Having a reputation to uphold, Mercedes-Benz put on quite a show in May, at the world premiere of the truck: the 39,000 square meter Hoover Dam on the Colorado River was light by 60 projectors, as the truck embarked on its maiden voyage across the dam. The light output of 1.17 million lumen was the highest ever measured for a projection, earning Daimler an entry in the Guinness World Records. And the endeavor was all worth it: the premiere of the event taking place right between Nevada and Arizona reached roughly 500 million people around the globe, as it was watched on the internet and on live TV. 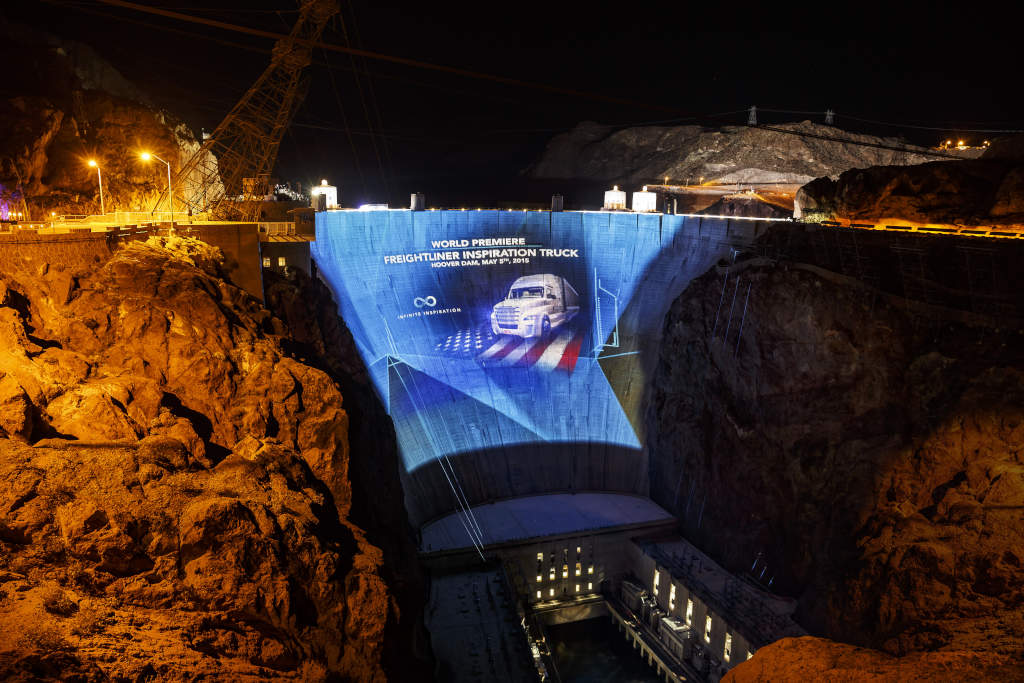 “With the road approval for the Freightliner Inspiration Truck, we have reached an important milestone in the area of autonomous driving vehicles. It was therefore our goal to share this event and the fascination that trucks exude with a broad audience with emotion and enthusiasm,” says Florian Martens, Head of Global Communications Commercial Vehicles of Daimler AG.

The Koln-based PR agency Oliver Schrott Kommunikation GmbH was the one to stage the show, under the command of Daimler Global Communications Commercial Vehicles.

“We have made a bit of technical history with the world premiere of the Frightliner Inspiration Truck on Hoover Dam. We are very proud that the presentation has already won several awards. The European Excellence Award is another fantastic honor for the bold idea, the demanding realization and the successful collaboration between the Daimler PR team and our agency”, said Managing Director Oliver Schrott.

High-caliber experts make up the jury of the European Excellence Awards to honor outstanding projects in the field of PR and communications.

It is not the first time the world premiere of the Frightliner Inspiration Truck receives signs of appreciation. The event was awarded with the Golden Apple of FAMAB in November. Daimler also knocked down the “Best Live PR” prize.