Daimler Trucks is bringing the truck into the internet era

Daimler Trucks is ready to go to next level. 120 years after the invention of the truck, the Germans are demonstrating their technological leadership in the field of connectivity by investing around half a billion euros in complete connectivity of trucks with transport participants.

Effective April 1st the new unit Digital Solutions & Services will integrate all activities related to the connected Mercedes-Benz truck. The completely connected truck initiates a radical change in transport which will make road goods traffic even more effective and efficient – not only for drivers, haulers and vehicle manufacturers, but also for society as a whole.

Around 365,000 Daimler trucks around the world are already connected via the FleetBoard and Detroit Connect systems – more than any other manufacturer can offer. The company has already set up the structural framework for the digital transformation of the truck business, and established corresponding structures in all business units. Even more, Daimler Trucks will continuously add new service packages to its already extensive telematics services, and also make its platforms accessible to third parties. 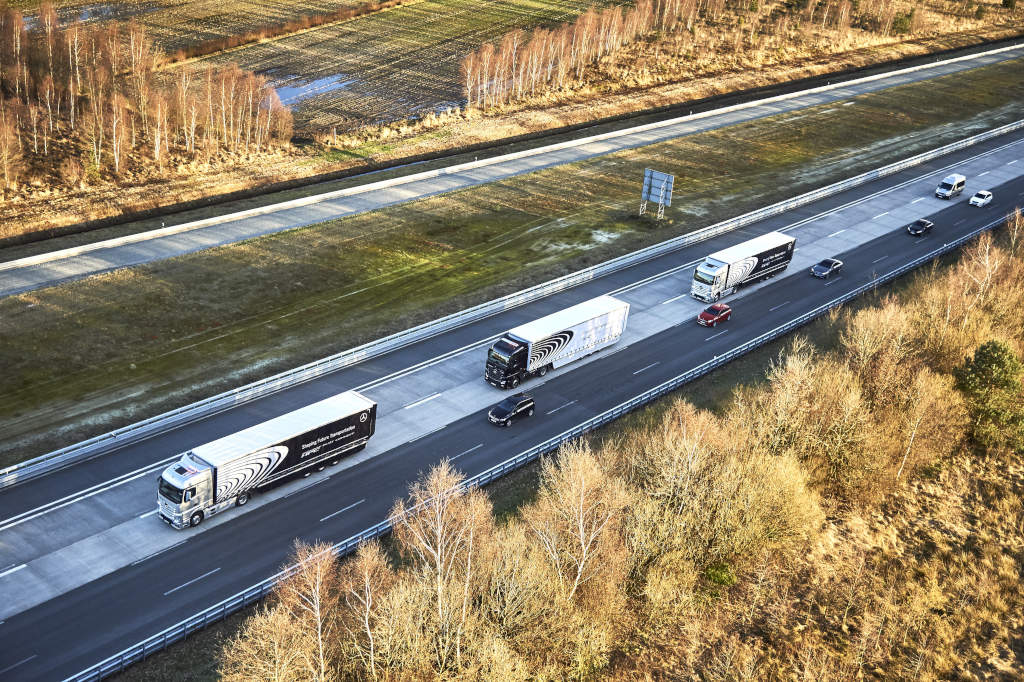 Today, on the A52 autobahn near Düsseldorf, Daimler Trucks presented an impressive example of the possibilities opened up by the digital connection of trucks: Three WiFi-connected, autonomously driving trucks operated on the autobahn with authorisation for public traffic as a so-called platoon. Such a combination can reduce fuel consumption by up to seven percent and the road space requirement on motorways by almost half – while improving traffic safety at the same time.

The large volume of data which a truck can send and receive creates completely new possibilities for the entire logistics sector and society as a whole. Previously the different areas of the logistical network have been only inadequately connected. The information required for smooth-running procedures is often lacking, or it is not part of a network.

With the availability and exchange of traffic data in real time, trucks with intelligent sensors will in future be able to prevent rear-end collisions and circumvent traffic jams. At the same time the downtimes of trucks can be reduced if the truck itself reports a fault at an early stage, and the hauler can schedule a service during the already planned downtime between two transport assignments. 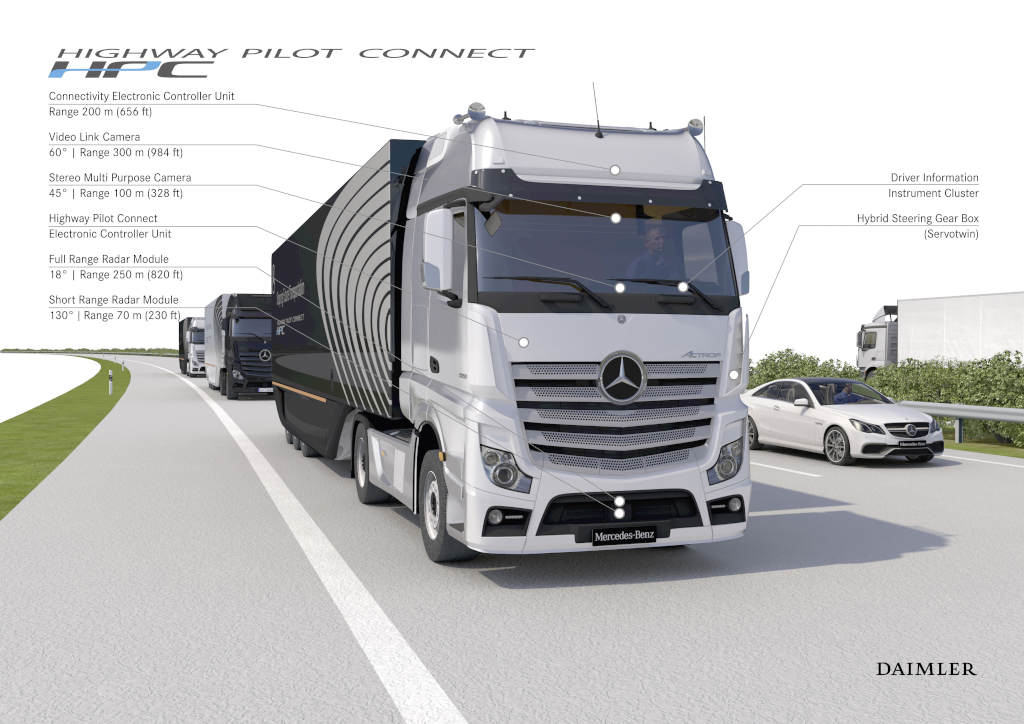 Connectivity is no new territory for Daimler Trucks. The subsidiary FleetBoard has been setting standards in telematics for Mercedes-Benz since 2000, and is among the world’s most successful and innovative providers. FleetBoard collects a wealth of status, tour and position data from the vehicle and sends it to headquarters via mobile phone. FleetBoard offers a host of individual services for fleet, order and driver management, which can be tailored and packaged to customer specifications.

At present there are around 180,000 vehicles with FleetBoard systems in operation with around 6000 customers. And FleetBoard not only connects Mercedes-Benz vehicles. Other vehicle brands can also be retrofitted with the FleetBoard hardware at any time, and easily integrated into the logistics management system. Which means that even companies with mixed fleets can keep track of their entire fleet at all times.