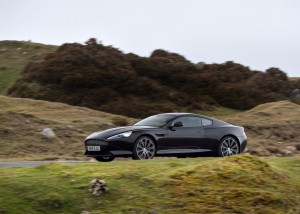 Daimler confirmed that it raise participation in Aston Martin with 1% on July 31 at 5%.

Aston Martin is not in a very comfortable position these days. After the Ford era, which ended in 2007, Aston Martin remains one of the few independent carmakers but is not easy to survive due to important investments needed for new generation of models.

stake has Daimler in Aston Martin

Currently, Aston Martin uses Ford V8 and V12 engines which are made in Koln, Germany, on a special line. Since  Ford does not use anymore either of these engines they not have any direct benefit.

Having this picture in mind, is very clear that Aston Martin needs a new propulsion system and for this reason signed last year a contract with Daimler to supply new Mercedes AMG powerplants V8 and possibly V12 for the next generation line up of Aston Martin. The aquisition of further 1% stake by Daimler will eliberate useful extra funds for company located in Gaydon which faces huge investment bills for an independent company. In adition to supply AMG engines, Daimler will also provide electrical architectures to Aston Martin. Cooperation between Aston Martin and Daimler could be enlarged with other two projects. Aston confirmed revival of Lagonda brand with a luxury sports saloon and a luxury SUV is also in discussion. The base for this SUV could be Mercedes GL platform.