An Italian source familiar with the situation said on Tuesday that the German car manufacturer, Daimler, intends to take a minority stake in Italian motorcycle producer MV Agusta, a legendary name in motorcycling.

The same source said that the deal hadn’t been finalized, but according to rumours say, Daimler could buy 20-25 per cent, while helping the company extend outside Italy, through an investment plan. MV Agusta is looking for an industrial partnership and not for a financial investor, in order for the motorbike maker to expand overseas.

The German daily, Sueddeutsche Zeitung, citing financial sources in Milan, said on Tuesday that Daimler is most likely to buy a 25 percent stake for 30 million euros. Furthermore, it added that a deal could be signed even next week.

Audi bought the rival motorbike maker Ducati in 2012 from the Italian private equity investor Investindustrial. At the same time, Daimler denied all media reports that it was interested in buying Ducati, as well. 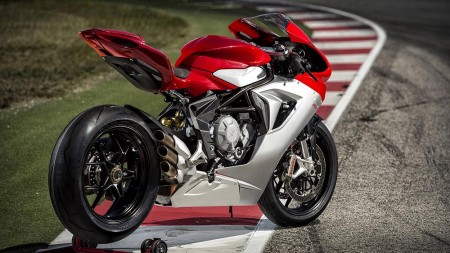 MV Agusta, a company owned by the Castiglioni family, said last year that it was looking for funding for an ambitious expansion plan, which included objectives such as the listing on the stock market.  In order to achieve this long-term objective, they hired a former CEO of Banca Generali. This objective may prove rather hard to achieve, due to the volatility of the stock market.

Until 1970s, MV Agusta won 75 world championships driver and constructor titles. In the past 15 years, the brand has been sold many times: to Cagiva in 1999; to Lotus parent Proton in 2004; to a finance company in 2005; to Harley Davidson in 2008; and then finally to Claudio Castiglione, the architect of Ducati’s great renaissance, in 2010 . Castiglione died a year later, but not before he had sketched out a plan to revive the once-great Italian marque. His holding company now owns and runs the MV Augusta.