Could it be? The Mercedes-Benz CLS images leaked online

Could they be so careless? The Mercedes-Benz CLS images leaked online. The Australian website wheelsmag.com cites “motoring.com” that published several photos showing the 4-door coupe in all its glory, inside-out and new information, 24 hours before its official reveal at the Los Angeles Motor Show. Hours later, the photos were taken down.

It is reported that the new CLS will introduce the 270 kW 3.0-liter turbo petrol straight-six engine and a pair of turbo-diesel units that deliver the output towards the rear wheels. The Australians indicate that the petrol engine benefits from the help of a 48-volt electrical system, that can help the CLS deliver short bursts of torque that increase pulling performance to 750Nm, from its standard 500 Nm. 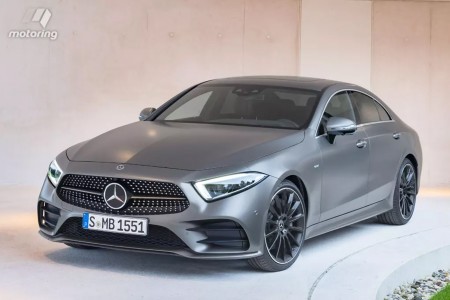 The information available for the moment position the CLS as a genuine five-seater for the first time, dropping the former four-seat layout. The occupants shall take their seats on the 40:20:40 split folding rear bench with decent headroom this time and will benefit from the 520-liter boot space reserved for their luggage.

The CLS will yet keep its coupe-like proportions with frameless windows and sloping roof. From the front, fitted with the brand’s diamond grille, the CLS looks robust, wider and lower, boasting – as the leaked info claims – “maximum light intensity permitted by the law”. It is likely that the AMG performance models will sport the Panamericana radiator grille. 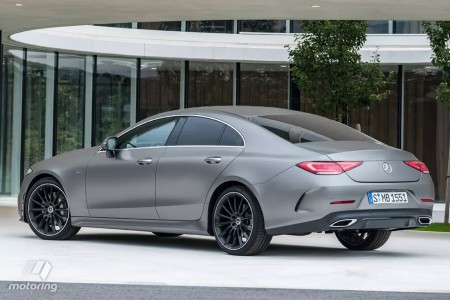 Rising on the platform of the E-Class and failing to get the CLE name that indicated its family relationship to the business sedan, the CLS would get the nine-speed automatic transmission, while the top variants will get the pneumatic suspension.

The sophisticated interior of the CLS is nonetheless suprising, since it gets the dual-screen layout that made its debut with the E-Class last January, and new airvents. 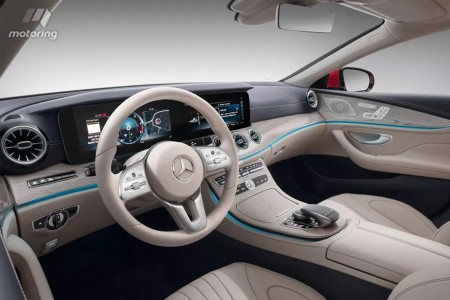 Stay tuned! We’ll be bringing you the official photos as the story unfolds at the Los Angeles Auto Show tonight!