Concept EQ, the star of the new Mercedes-Benz fashion campaign

Mercedes-Benz launches the #mbcollective – Chapter One, a fashion campaign that makes a star of the Mercedes-Benz Concept EQ. The project goes under the name of Generation Now, Generation Next and is produced as part of the International Fashion Engagement for Mercedes-Benz.

The Mercedes-Benz’ 2017 global fashion engagement, Generation Now, Generation Next, puts the new generation battery-electric Concept EQ in the spotlight. The Concept EQ, with its sporty SUV coupé futuristic appearance, has its own distinctive “electro-aesthetic”. 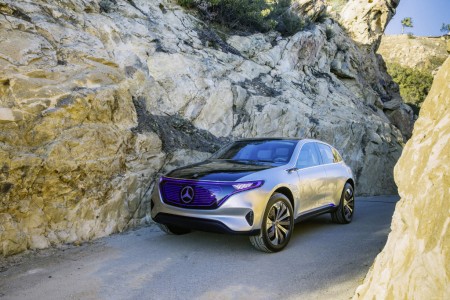 “Like the automotive sector the fashion industry is currently facing major changes characterized by increasing digitalization of media in a fast-paced world. With our new fashion story #mbcollective we strengthen and prolong the engagement with our target group by releasing three campaign chapters throughout the year”, says Dr. Jens Thiemer, Vice President Marketing Mercedes-Benz Cars.

The campaign brings to the screen a British singer-songwriter, director, photographer, designer, model and philanthropist, M.I.A. and her protégé Tommy Genesis. M.I.A.’s eclectic and genre-defying style has brought her a nomination for an Academy Award, three Grammy Awards and the Mercury Prize. Right next to her in the photos, there is the Canadian rapper whose latest album ‘World Vision’ received international acclaim. 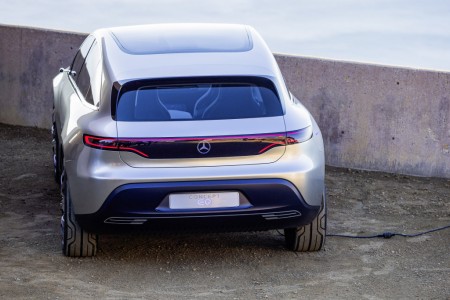 “When it comes to dealing with a unique musicians like Tommy, who go against the grain – I like to reassure them that their individuality is their main asset, they can be who they want to be and should embrace being unique, they’ll be okay”, says M.I.A.

The fashion story which puts the EQ Concept in the spotlight, with its “Electrical Intelligence” vision, was shot in Malibu, on the Wright Ranch property, a 24-acre compound in the mountains. The key attraction of the venue is the monolithic unfinished concrete dwelling with stunning views over the sea.

All three chapters of the campaign were shot by Luke Gilford, a photographer, writer, filmmaker and Santa Cruz native, who found inspiration in the numerous moods, colours and energies of Malibu.