Auto motor und sport magazine is trying to find out which of the new BMW 750i, the Mercedes S 500 and the Audi A8 4.0 TFSI is the chief of the luxury class. And the winner is…

The luxury class is in the middle of a big change. The comfort was previously the standard. Now, the modern gadgets are winning more and more followers. The new BMW 7 Series is the trendsetter in the luxury class: gesture controls, key with display, tablet PC in the rear, touchpad, charging the mobile phone by induction. Nobody offers more. The BMW is a dream and starting 2016, it can park autonomously, while the driver stays outside the car. Ok, outside, but not very far from the car.

The new BMW promotes a new high-tech era which can also bring the disadvantages of some complications. You need to read the instruction manual carefully in order to get familiar to all these facilities.

And, unfortunately, many of these new things cost extra, like the dynamic facilities for the drive train.

In fact, the question we have to answer is simpler than that. Who is the new chief of the luxury class? A great confrontation between the Audi A8 4.0 TFSI, the BMW 750i xDrive and the Mercedes S 500 4Matic, driven by the German car magazine Auto Motor und Sport.

The Audi A8 4.0 TFSI standardly comes with the all-wheel drive system, which is an option for the Mercedes and the BMW. To have equal chances in this tough comparison test, the Mercedes S 500 and the BMW 750i were also equipped with four-wheel drive.

Thanks to the carbon fiber reinforced plastic used for some structure elements of the body, the new BMW 7 Series is 130 kg lighter than the previous generation. Auto motor und sport testers measured 2,039 kg for 750 i xDrive, with 91 kg less than the former generation. But, surprisingly, the BMW 750i xDrive is not the lightest in the class. The Audi A8 4.0 TFSI Quattro only weighs 2,012 kg, while the S 500 4Matic is the heaviest with 2,085 kg. 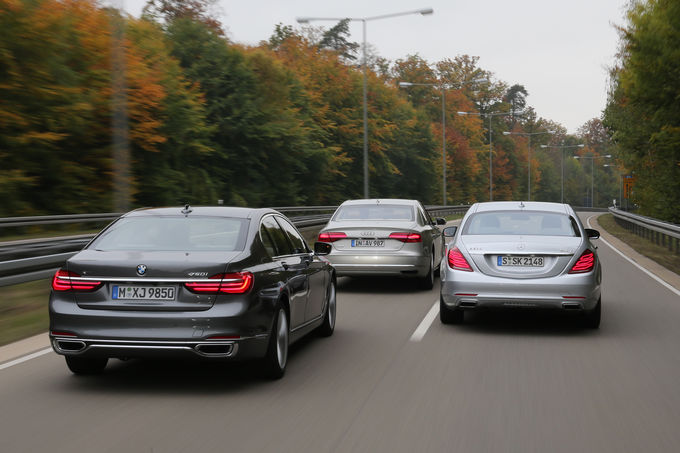 BMW comes with a major innovation. The Executive Drive Pro package (2,950 euro) includes active stabilized bars and a camera, which “sees” the road and adjusts the shock absorberers according to the quality of the road. But we have already heard such a story two years ago, when Mercedes launched the Magic Body Control.

But Magic Body Control has certain limitations. It works only in conjunction with rear-wheel drive and only for the V8 and V12 engines. The suspension uses the Active Body Control and the camera sees the bumps only in good weather and up to around 140 km/h. The Mercedes S 500 test car has the four-wheel drive system and the air suspension.

When it comes to handling, the BMW leaves very few chances to its rivals, especially when equipped with the Integral Active Steering (1,450 euros) like test car was. This is the first BMW in which Integral steering can be combined with four-wheel drive. 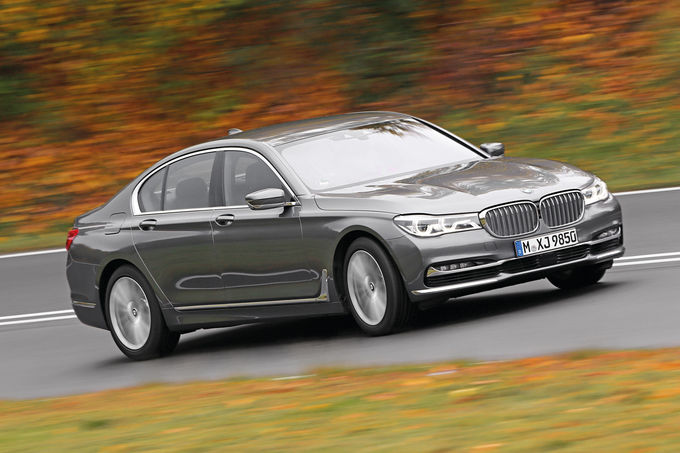 The 750i xDrive assails bends on country roads with the enthusiasm of a BMW 3 Series, despite its weight and massivity. But this very direct steering disturbs the driver on the straight lines with small movements and it lacks the calm expected in this class. You also need some practice to understand the different angle steering depending on the speed you pass through various curves.

In the Mercedes S-Class, you feel the weight and the massiveness, but the steering set-up better fits in the straight line than in the case of the BMW. The Mercedes is not so agile as the BMW, but it gives some sporty feeling if you push the pedal. 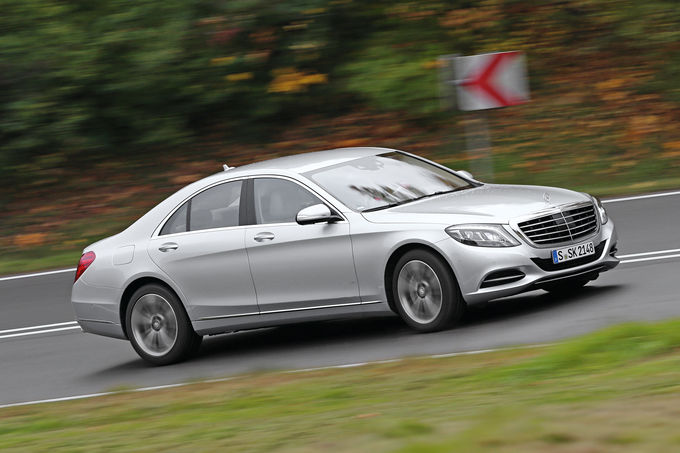 The Audi A8 cannot match its rivals in terms of comfort. The suspension is too soft when you pass over short bumps and is relatively noisy, while the seats lack the finesse of the Mercedes seats. In the A8, the passengers do not feel that they are detached from the road. The A8 does not fly above the road like Mercedes does.

All three cars are extremely quick for a luxury saloon thanks to the V8 bi-turbo engines. The Audi A8 reaches 100 km/h in only 4.3 seconds, the BMW follows with 4.6 seconds, while the Mercedes needs 4.8 seconds to reach 100 km/h. The nine speed gearbox available starting this summer in the S 500 saloon features very close gear ratios, while the ninth gear is longer. The S 500 starts full of energy and, in the same time, only reaches 2,200 revs at 200 km/h in the 9th gear. The low revs at high speeds reduce the noise level and the fuel consumption. 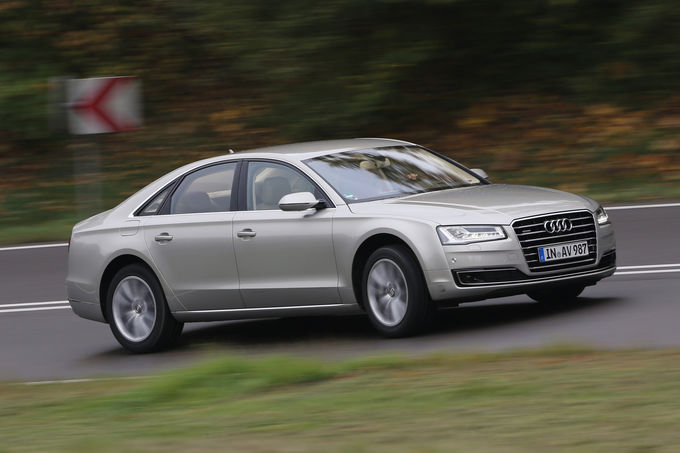 Mercedes clearly wins the safety game, with an impressive standard equipment. It is worth mentioning the Cross Traffic Alert in intersections, the Active Lane Keeping with steering intervention, the Emergency braking interventions, also at speed above 50 km/h and pedestrians recognition as well. The BMW owner must pay extra for some of the safety features in the Mercedes, while the Audi A8 shows that the time has quickly passed in the luxury class and needs some updates.

Audi is the only car in this comparison with a classical instrument cluster, while the BMW and the Mercedes stepped into the virtual era. As for the BMW, you can even change the layout of the instrument cluster depending on the drive mode.

The iDrive from BMW is the most intuitive. You can very easily go through the restructured menus in the iDrive multimedia system and the resolution of the display is a new standard in the auto industry. But we also found  something which could be improved. The climate control panel with touchscreen function for seats would need a rear function.

Mercedes also revised the Comand system in 2013 and a lot of things were improved. But it still keeps some old style menus like that with the list of radio stations, which is definitely not quite practical.

e The Audi is the cheapest, but, in many European countries, the BMW offers free basic inspection for the first 5 years and 100,000 km. The BMW 750i comes with some exclusive options like the integral active steering, comfort seats or the camera based suspension settings (Executive Drive Pro). But all these specialities cost a lot of money.

And in the end, the Mercedes won not only the costs duel, but the whole comparison test. Or, in other words, comfort beats technology.

Who understands German can read the full test on the auto-motor-und-sport website.