With the switch to the new nomenclature – see this article for more detailed info on that – for the compact class, Mercedes-Benz is also expanding the range by adding a series of new models with frugal or very powerful engines. 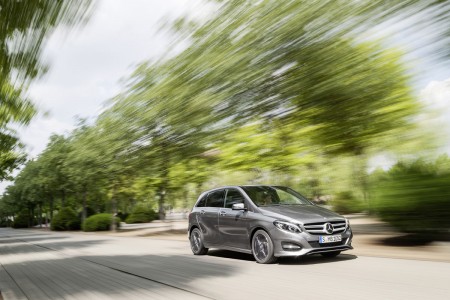 The roomy almost-MPV Mercedes-Benz compact model gets two new engine versions which will bear the names B 160 and B 180 d BEE (BlueEFFICIENCY Edition). The first is a 1.6-liter petrol engine developing 102 hp and 180 Nm able to run on as low as 5.4 l/100 km for the combined cycle, while still pushing the B-Class to 100 km/h in 10.6 seconds (for the 7G-DCT version). The new diesel is the most efficient version of the B-Class with a combined fuel consumption of only 3.6 l/100 km and CO2 emissions of 94 g/km. This makes the B 180 d BEE an A+ vehicle in terms of efficiency class, while still sporting respectable power figures (109 hp and 260 Nm) from its 1.5-liter 4-cylinder diesel engine.

Starting with December 2015, the B-Class will be available in the fresh trendy colour elbaite green metallic. 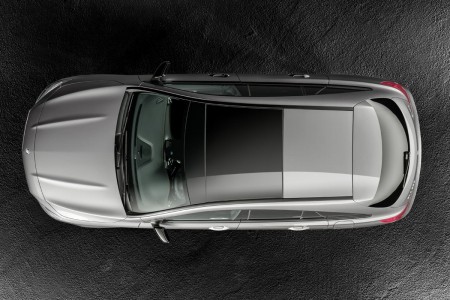 The summer has been more generous with the CLA Shooting Brake range which has welcomed no less than three new models: apart from the CLA 180 d, there are two new all-wheel drive models, the CLA 200 d 4MATIC and CLA 220 d 4MATIC.

You won’t be surprised to find out the CLA 180 d Shooting Brake uses the same engine as the B 180 d BEE rated at 109 hp and 260 Nm. The fuel efficiency of the engine in the CLA is similar, but has better values for the manual transmission – 3.9 as opposed to 4.1 for the 7G-DCT automatic.

The two all-wheel drive diesels both have a 2,143 cc displacement, but different power outputs: 136 hp for the 200 d 4MATIC and 177 hp for the 220 d 4MATIC. However, fuel consumption is the same for both versions, so that won’t be decisive factor in choosing one or the other (the price will, if you ask me…). 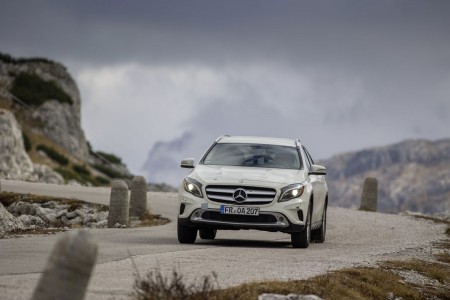 It’s the compact crossover that brings the least novelties regarding powertrains, the single highlight being that the GLA 220 d is now 7 hp more powerful than before with a total of 177 hp.

It’s on the inside where GLA has things to brag about, like the latest Mercedes-Benz infotainment generation with its larger 17.8 (7 inch) cm free-standing screen or even a 20.3 cm (8 inch) one.

“Mercedes connect me” links the GLA with the world around it. Mercedes connect me Standard Services can be used with the standard communications module. Available services include, for example, Accident Recovery, Maintenance Management and Breakdown Management.
There is also news with regard to smartphone integration: from the beginning of 2016, Apple® CarPlay® and MirrorLink® will be available for all compact cars. In the case of Apple® CarPlay® for example, the system supports making phone calls, navigating and listening to music, receiving and sending SMS and emails as well as Siri voice control. Owners of MirrorLink®-compatible smartphones can mirror apps specially optimised for use while driving to their vehicle display for safe and convenient use.
Like the B-Class the GLA is also available in the fresh trendy colour elbaite green metallic from December 2015.