1,351,740 dollars. That is how much you need to pay to get this 1994 Mercedes-Benz S600 Pullman Guard. The limousine, now for sale on a German website, comes with the celebrity factor: it was once owned by the Russian President Vladimir Putin. Collectors, rejoice!

The lavish interior of the bulletproof long wheelbase sedan features a face-to-face armachairs layout with 6 seats, wood trimming and gadgetry that only a Mercedes especially customized for a VIP would, back in the ‘90s. 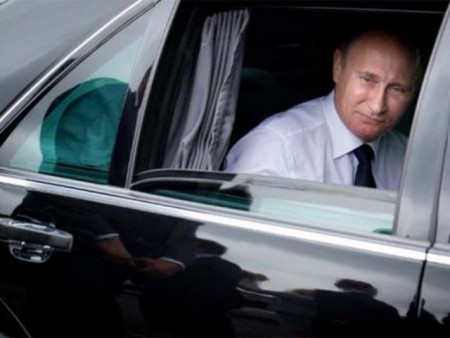 The car is powered by a 6.0-liter V12 engine, developing 394 HP, compared to today’s S600 that boasts 523 HP. It really needs a lot of force to set the heavyweight armored limousine in motion. The limo is armored to B6/B7 levels of ballistic protection.

With only 15,500 miles (25,000 km) on the clock, the car boasts a flawless condition, after being well maintained and only kept in a garage. The Pullman served the politician right before he was named Prime Minister in 1999. The Government paid half a million dollars to buy the car back than, a price that almost doubled throughout the years.

A fan of the German premium limousines, Vladimir Putin has been recently using a BMW 7 Series. This year though, his favorite chauffeur was killed in Moscow, following a head-on collision with a Mercedes. The Russian President was taking part in the G20 summit in China at the moment of the crash.

Find out everything about the crash, video included, right here: Putin’s driver dies in horror crash when the Presidential BMW collides with a Mercedes.