Mercedes-Benz closes a glorious chapter in the US, the diesel engine, simply because the company can’t get on the same wave length with the EPA in terms of strict emissions regulations. The newly developed diesel units will still be a force in Europe and China.

Mercedes research and development chief, Ola Kallenius, blames it on the lack of customer interest though, as diesels accounted for just 3 percent of the company’s overall sales in the United States.

In 2017, Mercedes chose to stop the certification procedure of its diesel-powered vehicles in the US, after the E-Class took way longer than expected to be approved for the American market. The negotiations with EPA (Environmental Protection Agency) led to no solution for the premium maker, who has just decided to pull out. 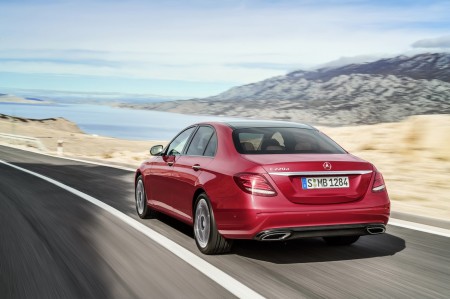 The Americans were set to get the C-Class sedan and the GLS SUV with diesel engines. Not anymore, since the Dieselgate erupted.

The only model to retain the diesel powertrain is the Sprinter van, whose new generation is just around the corner, with production kicking off in the near future at the Mercedes-Benz brand-new plant in South Carolina.