He may have the image of an all-time Hollywood bad boy, but he has a good heart after all. The former actor curent director and producer Clint Eastwood donated his classic 1971 Mercedes-Benz 300SEL 6.3 to the Hawaii Public Radio.

The movie icon had purchased the classic in 1970, in California, and later shipped it to Hawaii, where he is a regular guest.

Clint Eastwood’s vintage Mercedes-Benz is a dark blue, very similar to the one in the picture above. The vehicle that nearly reaches two tons is powered by a 6.3-liter engine, which takes it to a top speed of 140 miles per hour (225 km/h). Road and Track called the luxury sedan with a race DNA, “the greatest sedan in the world.” 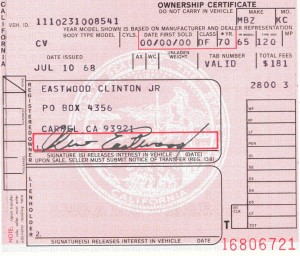 What is a radio going to do with a Mercedes? Yes, that was the first question that came to our mind, too. But the Hawaii Public Radio President is so happy about the engined donation:
„That Mr. Eastwood has chosen to make this extraordinary donation to HPR has literally made our day. As well as his work in film, Mr. Eastwoodʻs enthusiasm for jazz is well known. We would like to believe that his donation was made to further encourage jazz artists and audiences in Hawaii. Shortly after the completion of our pledge drive now in progress, we plan to put this collector’s vehicle up for auction, most likely on eBay”, said Michael Titterton and we can’t do anything but believe him.

The man who got an Oscar for “Million Dollar Baby” has got million dollar taste in cars. Well, not literally, but quite close. In 1968, film producer Elliot Kastner had a surprise in store for Clint Eastwood, the actor who he had worked with for “Where Eagles Dare”: his 1965 Mercedes Cabriolet. Eastwood shipped it to California and the car entered the Port of Long Beach on July 8th, 1968. When he moved from Los Angeles to Carmel By the Sea, Eastwood took the car with him. He sold it 9 years later, to a Mercedes-Benz enthusiast. 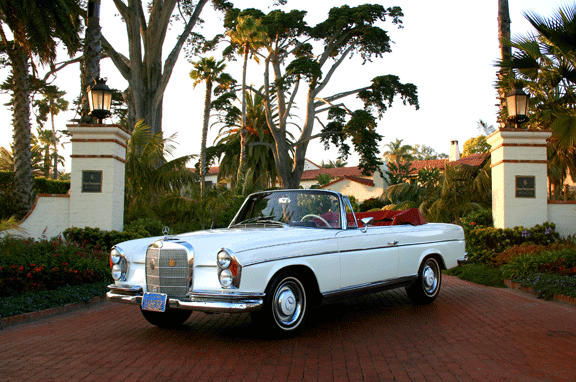 Being a Mercedes-Benz enthusiast himself, Clint Eastwood keeps an old-school profile. Right now, the producer of “American Sniper” is driving a white 500SEC. We hope new girlfriend Erica, who is half his age, can appreciates the classic.