In 2016, Mercedes will replace the E-Class, which will get a new six-inline engine family. We present now, the first spy pictures showing the new model with the production headlights and tail lamps mounted.

As expected, the German engineers in Stuttgart are working on the next generation Mercedes E-Class and now we have the first spy pictures showing the new model with the production headlights and tail lamps mounted.

The future E-Class has been tested for some months, using a C-Class body and the explanation is that both cars are very much connected.

The new C-Class is the first Mercedes which uses the new MRA (Modular Rear Architecture), a platform reserved for all Mercedes models with rear wheel drive, which will also be shared by the future E-Class. 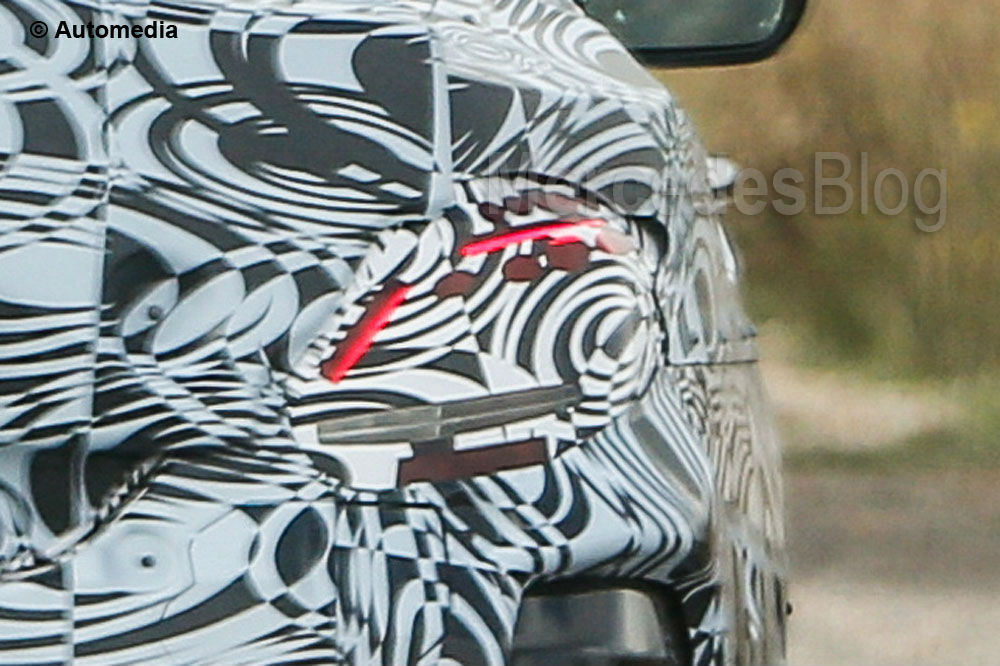 The future E-Class will have a longer wheelbase which will be translated into superior rear passenger space, but it will be lighter thanks to the new platform.

The C-Class body in white uses aluminium in a 48 percentage from 10% in the past and the same transformation is expected also for the E-Class.

The future E-Class family will be larger due to the fact that the coupe and the convertible will be derived from the E-Class platform. The E-Class Coupe and Cabrio current generation only wear the E-Class name and badge,  but, under the body, there is a former C-Class platform.

The whole range will comprise of the saloon, the station wagon, the coupe and the convertible and we must not forget the CLS, on the same basis, offered as four door coupe and shooting brake.

The E-Class line-up will be powered by the new generation of three and four cylinder engines and very likely, the next E-Class will mark the return to the famous six-inline cylinder engines, which will replace the current V6s.

The top version will be the E 63 AMG, powered by the new 4-litre  V8 bi-turbo also available in the S and in the 4Matic versions. In the future, the new 4 litre V8 bi-turbo AMG engine will also find a home in the E 63 AMG coupe, a version which does not exist in the present generation, so it would not cannibalise with the C 63 AMG Coupe, which was built on the same platform.

At the other end of the range, we expect the green versions: the mild hybrid E 300 BlueTec Hybrid and the E 400 Plug-In Hybrid, which will be one of the ten Plug-In Hybrid models which Mercedes will launch in the next three years.

In therms of design, Gorden Wagener, Mercedes chief designer declared that ”the future E-Class will not be a smaller S-Class”.