The rumor of soon having a Mercedes-Benz GLC Cabriolet has sparkled the imagination of the digital artists from all over the world. The first to get the rendering done was Jan Kamenistiak.

A former designer for Ford is now building the future SUV Cabriolet, that Mercedes is planning to through in the battle against the Range Rover Evoque Cabriolet. It is only a digital construction, as the illustrator chopped the roof of the SUV and got what we see in the photos that depict the car from the front and from the rear side.

A two-door high ride oddity, strikingly resembling the Cabriolets recently launched by the Stuttgart-based brand, but featuring the standard credentials of a fully fledged SUV. The rear area looks muscular and spacious enough to fit the retractable roof, that, according to rumours, will be a soft top. 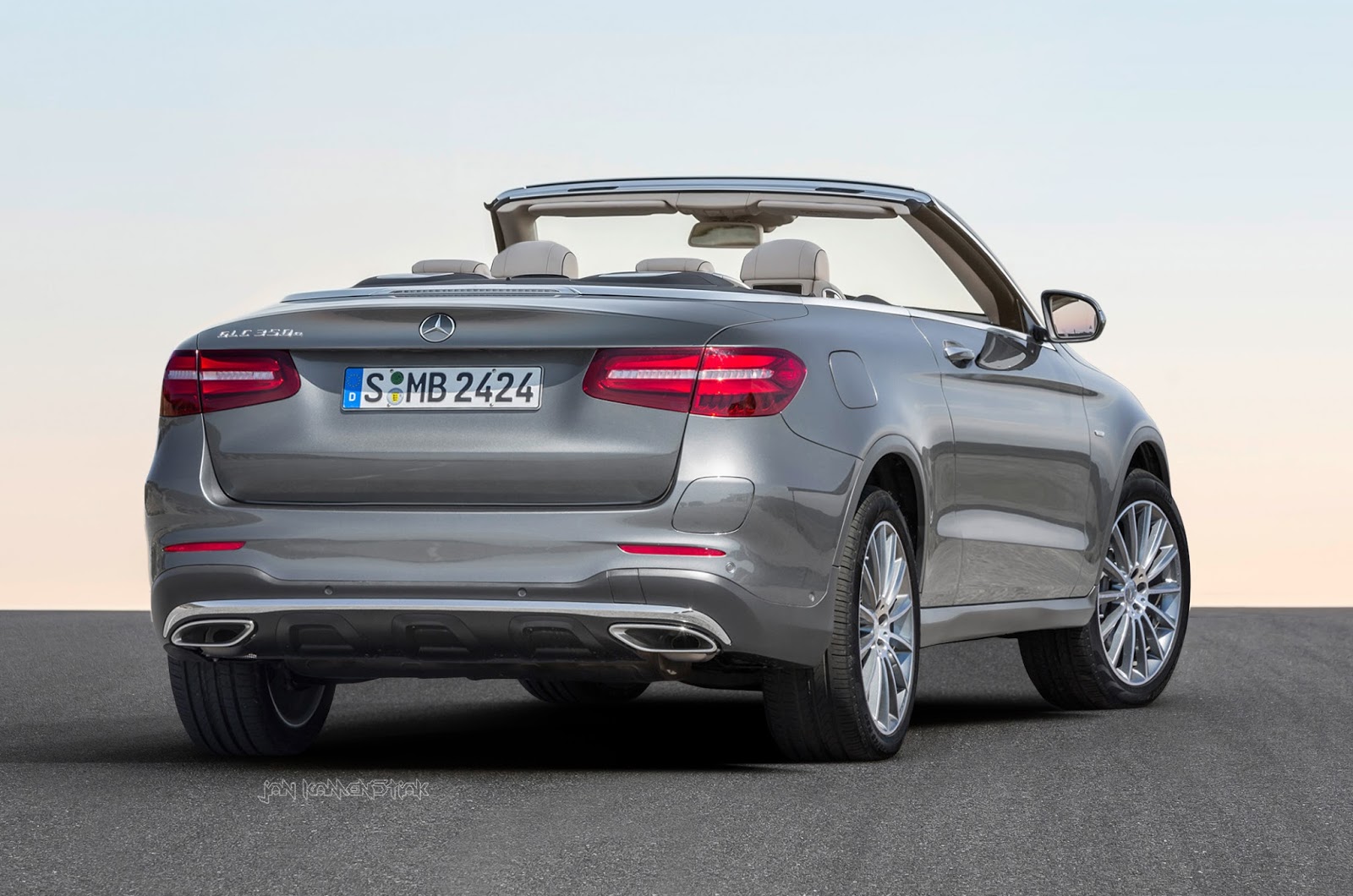 The GLC Cabriolet range would inherit the same engine range as the GLC Coupe, topping out with the 3.0-liter V6 reserved by the AMG 43 model, churning out 362 HP.

“It would be fun and it is actually not that much of an engineering challenge”, enthusiastically said Michael Keltz, chief engineer for the E-Class, CLS and GLC for Autocar magazine, admitting that he is a fan of the Evoque convertible himself. Mercedes-Benz has not had any convertible SUV since the company dropped the manufacturing of the roofless G-Class in 2013.

However, Keltz apparently stated that there is little space left in the Mercedes-Benz line up for a topless GLC at the moment and the appearance of such a model would mean the disappearance of another. The model is yet to be considered.