Lewis Hamilton gets his third pole-position of the season, while Rosberg rounds up the first grid line. Right behind the two Mercedes drivers, there comes the winner of the Malaysia round, Sebastian Vettel.

The ruling champion of Formula One manages to get by his teammate and, for the third time in a row, he comes in first on the starting grid. Hamilton started the Q3 with 1:35.782, being unable to better his own performance by the end of the session. Rosberg could not manage to take advantage of this and finishes the qualifying sessions less than a tenth of a second behind the British. The combat for the pole was on exclusively between the two Mercedes drivers, as the only unkwon quantity of the equation was their disposal. Hamilton is asserting himself once more and Rosberg is starting to grow an inferiority complex towards his teammate or even towards the stage he was mastering one year ago, the qualifying sessions.

Almost a second behind the two, there comes Sebastian Vettel. The German approaches a different strategy, as Ferrari does not come close to causing trouble for the opponents during qualifying. In the Q1, Vettel manages to set a good time running on medium tires and keeps a soft set for the race. The Scuderia is gambling on a low wear-out of the tires during the race, which can supply them with a chance to run for the first spot. Kimi Raikkonen was normally supposed to come next to Vettel, but an error made by the Finn threw him back in the 6th position, behind the Williams drivers. 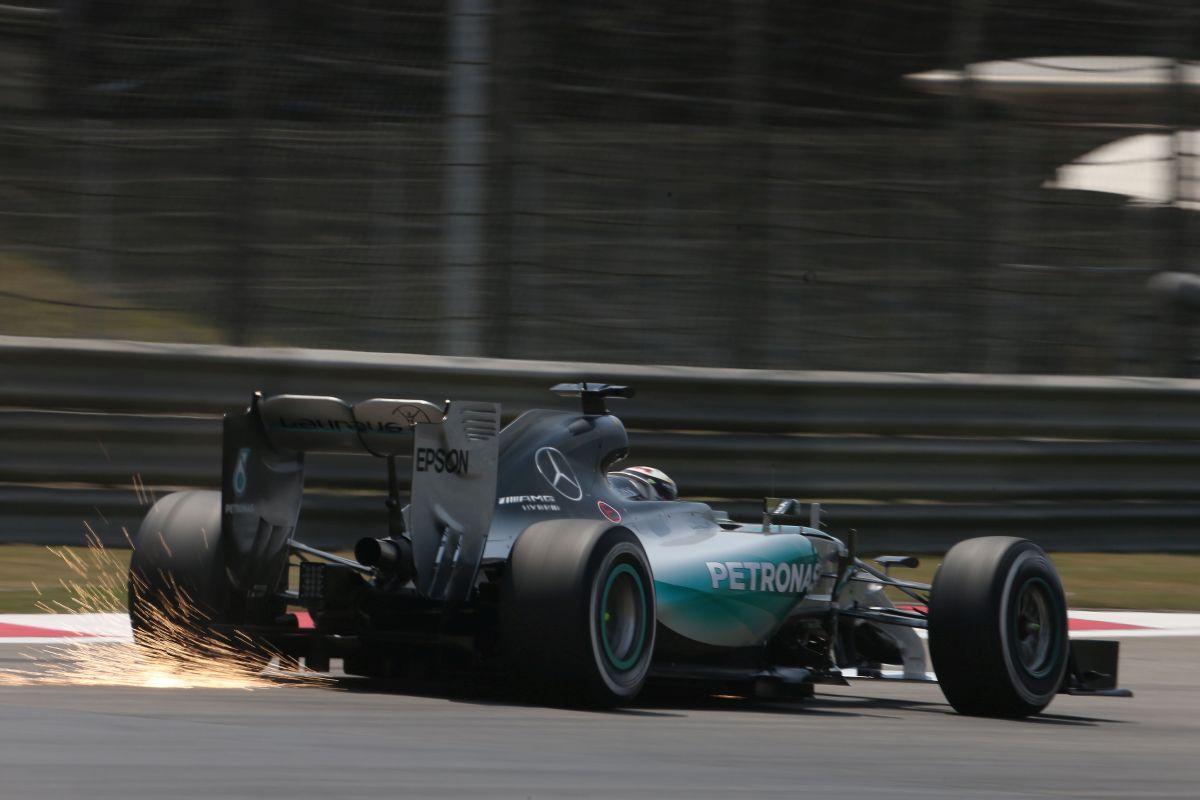 Daniel Ricciardo finishes 7th, as he turned out to be the best positioned Renault driver. There comes Romain Grojean behind him and the Sauber drivers, Felipe Nasr and Marcus Ericsson follow. Pastor Maldonado is the first driver who did not make it to the Q3, as the gap between him and Ericcson was only 7 thousandth of a second. The second Red Bull driver, Daniil Kvyat, did not enjoy a successful qualifying session and finishes 12th, six tenth of a second behind Maldonado.

The two Torro Rosso newcomers ended the session the 13th and the 14th spots, with the Dutch to the fore, despite the fact he missed the braking point before the 6th corner. In the last spots of the ranking, there are those who are still battling serious issues. Perez and Hulkenberg finish 15th and 16th, only a tenth of a second faster than Button and Alonso. Despite a superior pace in the training sessions, McLaren carries on disappointing, as the only one plodding worse than them was the laggard Marussia.