A Chef with No Stars

“A star does not mean anything. It’s just an object. An opinion.”, chef David Munoz thinks. He works in a three Michelin stars restaurant in Madrid and also owns a car that bears a star: a Mercedes-Benz GLA. But he is just about to change his mind. Come with us on a quest to discover where the Mercedes-Benz star has gone.

Chef David Munoz already has four stars. No, we are not talking about a hotel, but of a Spanish cook, considered to be a worldwide top chef. Cooking in the kitchen of the only three Michelin stars restaurant in Madrid and having another star in the parking lot, a Mercedes-Benz GLA, Chef Munoz says that the stars don’t mean much to him. “The idea is truly important, the idea that you convey through those stars. They mean that you are always diligent and desire more”, he says. But the chef has a panic attack when he sees that the star in the center of his GLA grille has disappeared.

“Thieves! My star is missing!”, he screams in shock.

A star means nothing. Until it is taken away from you, is the message in the end of the Mercedes-Benz video.

“Help us discover where the star is!” That’s the call of those who try to help David Munoz get his star back. In order to find the guilty, they post a video of the surveillance camera set up in the Spanish boulevard. Who do you think would be the main suspect?

Looks like the owner of the cat could be main suspect. But David Munoz also got the message posted below: “I’ve got your star”, the paper message stained with lipstick says in Spanish. So could the suspect be a woman? 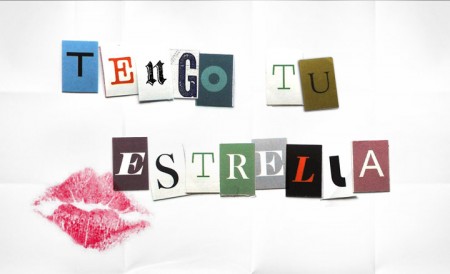 We’ll get our next clue by 22nd of January, so stay tuned. We make a good team together, so maybe we can find who is at fault.