Mesdames et messieurs, get ready for what happens next week. French lifestyle and exclusive automobiles are having a rendez-vous. It all happens at the Chateau de Chantilly, 50 kilometers north-east from Paris.

Chantilly Arts & Elegance Richard Mille will take place for the second time, on the 5th and the 6th of September . Mercedes-Benz France and Mercedes-Benz Classic are sponsors of the event. Saving the best for last, the Concours d’Elegance and Concours d’Etat presentations that will happen on Sunday are considered the highlights of the event, magnetizing collectors and car enthusiasts from all over the world.

“Chantilly is currently considered one of the most significant events in Europe for meeting up to chat about design generally and automotive design in particular”, says Michael Bock, Head of Mercedes-Benz Classic and Customer Centre. 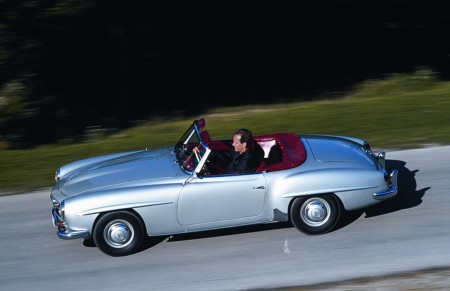 Selected collector vehicles from all over the world will be on display. Even three replicas of the Benz Patent Motor Car of 1886 will be available around the site for passenger rides and photos. More than a century ago, France was the very top export market for the Patent Motor Car.

During the event, Mercedes-Benz Classic and Bonhams are holding an auction at Chantilly. An exquisite S-Class Saloon, model 450 SEL 6.9 (116 series), from 1977, will go under hammer. The car comes with a “histoire”. It belonged to the French singer and composer Claude “CloClo” François, who even survived an assassination attempt in this vehicle. It was he who had this S-Class fitted with a car phone – an extremely rare and costly special equipment item in times where cars did not even come with radios standardly fit. 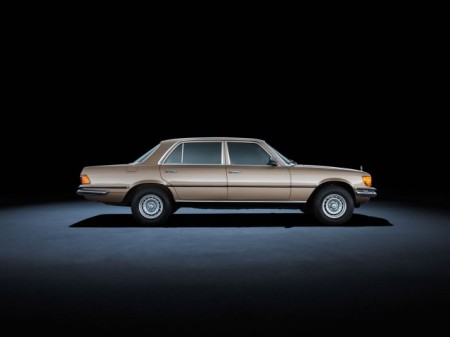 The Concours d’Elegance on the Sunday morning will showcase the link between the state-of-the-art vehicle design and the latest ‘haute couture’ creations. Mercedes-Benz and Hugo Boss France will be joining forces to present a show car version of the Mercedes-Benz S-Class Coupé (C 217) with sparkling Swarovski crystals set into the headlamps –  a feature that is indeed available as an optional extra for the standard-production vehicle. 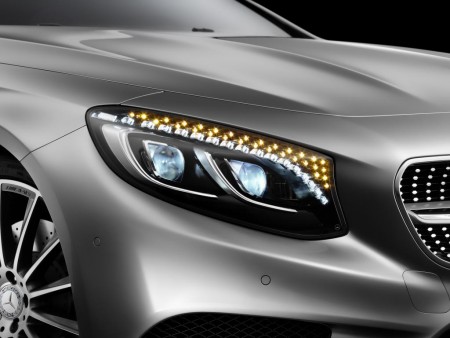 The Concours d’Etat on the Sunday afternoon, judged in ten classes, includes a whole separate class for Mercedes-Benz supercharged vehicles of the pre-war period. Among the vehicles expected is the SS model of 1929, still in its original condition, in which Rudolf Caracciola won the Tourist Trophy in Northern Ireland that same year.

The Chantilly Arts & Elegance Richard Mille event took place for the first time in 2014 and had around 10 000 visitors and over 100 vehicles in the Concours d’Etat, on its debut. This year, those figures are expected to double.