Since Mercedes-Benz and BMW did their homework for the Consumer Electronics Show 2015, Audi made sure falling behind is not an option by showcasing the Prologue autonomous concept.

One could say, without raising any eyebrows, that the CES 2015 stage in Las Vegas hosted the never-ending competition between the famous Audi-BMW-Mercedes trio.

In that respect, Audi played its cards right and unveiled the Prologue concept, a piloted driving prototype based on the original Audi Prologue concept. Except that, the updated Prologue presented at the Consumer Electronics Show in Las Vegas has an autonomous driving system which relies on a laser scanner, a bunch of video cameras plus radar and ultrasound sensors, installed discretely out of sight. 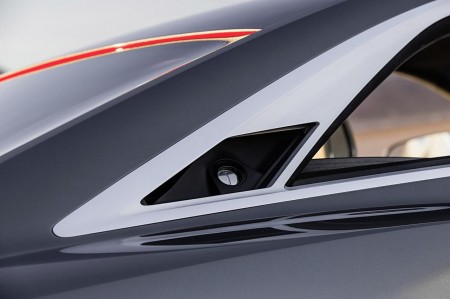 Using the aforementioned gadgets, relevant surrounding-related information is picked-up and transferred to a central controller (zFAS – zentrales Fahrerassistenzsteuergerat; in English, central driver assistance controller) which then allows the Prologoue concept to drive itself.

The concept makes use of a hibrid powertrain which combines a twin-turbo 4.0-liter V8 engine mated to an eight-speed e-tiptronic transmission with a built-in electric motor sustained by a 2.6 kWh lithium-ion battery. 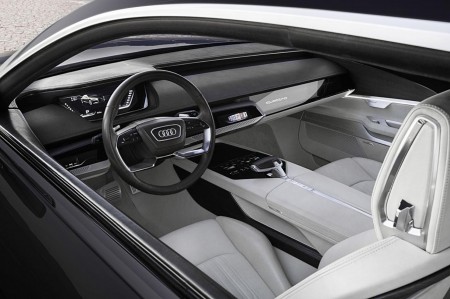 This hybrid solution generates a cummulated power output of 677 hp (505 kW) and a maximum torque of 950 Nm. On paper, these numers allow the Prologue concept to sprint from 0 to 100 km/h in just 3.5 seconds, while the fuel consumption is no higher than 7.9 l/100 km and CO2 emissions are kept under control at around 185 g/km. 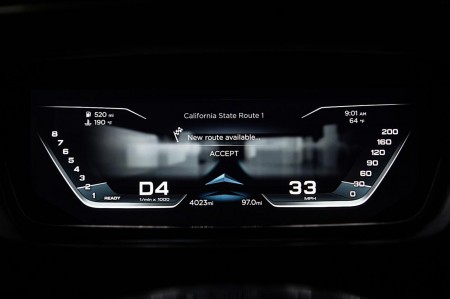 After seeing that Mercedes-Benz wants to take luxury to a new level with its F 015 autonomous concept and Audi focuses on more sporty and performance-oriented behaviour with the Prologue concept, it would be interesting to see what BMW has to say (and showcase) about this self-driving car trend which is already speeding-up quite a lot.

A short presentation of the Audi Prologue concept is available in the video below: