Carlsson CSK55 – what has been seen, can not be unseen

The Mercedes-Benz SLK 55 AMG is one of the last beasts of its breed – a sports roadster with a naturally aspirated V8 engine that will make all kinds of hairs on your back tingle.

Carlsson thought they could add to that pizzaz and proceeded to modify said SLK 55 AMG. The results are plain to see if you bother to check out the photo gallery, but they can also be summed up pretty easily into just one word: doubtful.

You see, the regular Mercedes-Benz SLK 55 AMG had a certain charm to it, a mildly aggressive elegance that’s very difficult to achieve – a manufacturer can very easily fail to find the balance and fall into one of the two extremes.

But the SLK 55 AMG had it. The Carlsson CSK55, on the other hand, doesn’t. And it doesn’t fall into either of the two categories mentioned before (elegant or aggressive), finding a new one instead: flashy and distasteful. Well done, Carlsson. 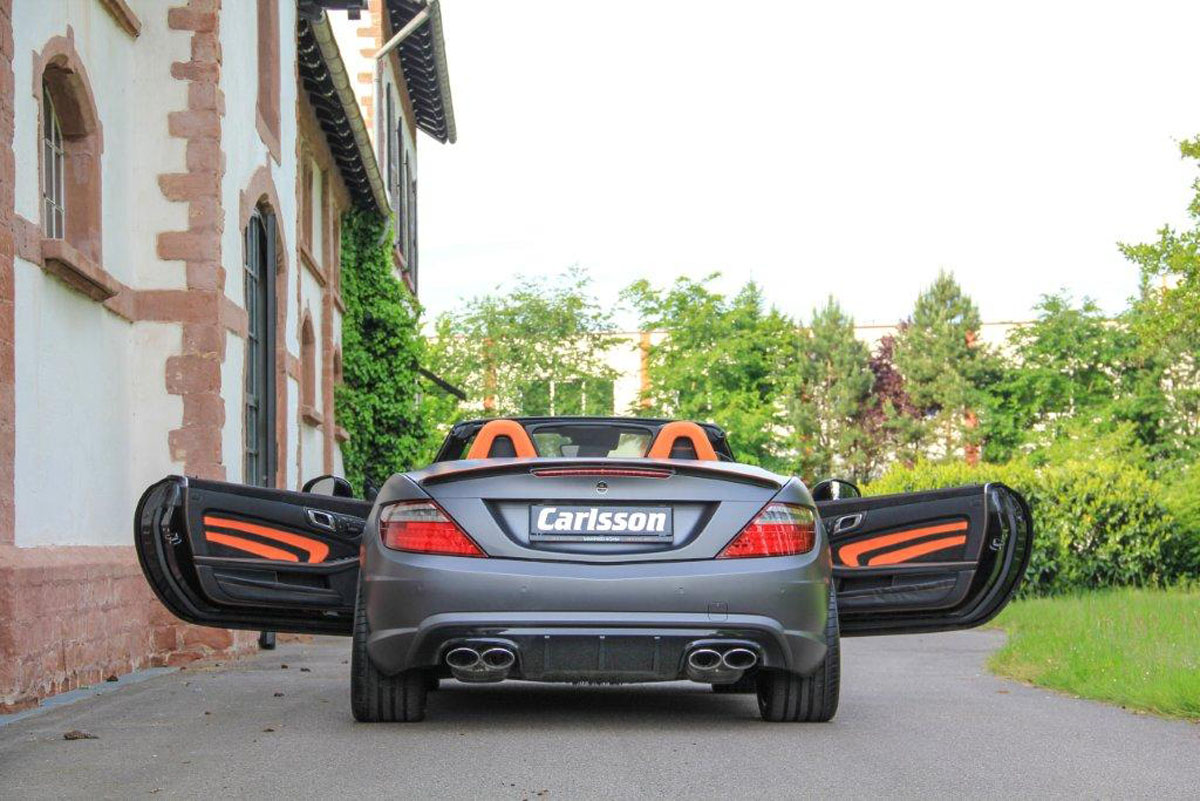 The only good news is that the underworks remain completely the same: the V8 engine still pumps out 421 hp and a maximum of 540 Nm of torque, enough to push the SLK 55 AMG from naught to 100 km/h in just 4.6 seconds. Not to mention sounding absolutely brilliant while doing it.

Carlsson only touched the aesthetics of the car, and did so with the discreetness of a sumo wrestler trying to pass as a ballerina. While we’ve definitely seen worse in terms of body kit, chromatic-wise this has to be one of the most messed-up makeovers I’ve ever come across. It could be that the dark grey/orange combination reminds me of the hideous Nissan Juke with the same color-scheme that’s always parked down my street, but I think it’s more than that. 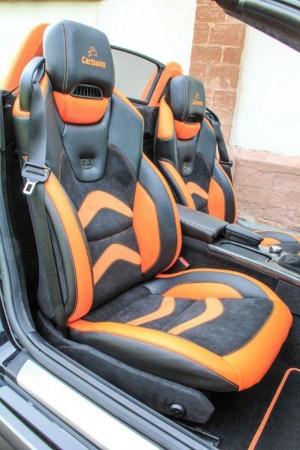 The dashboard is all wrapped-up in dark Alcantara with orange stitching, while the seats have interlaced strips of dark Alcantara and orange leather. The center console is surrounded by a carbon fiber insert with the door panels sporting the same dark grey/orange Alcantara/leather alternating pattern.

The bodywork is painted in what appears to be a medium dark matte grey with some highlights using the same orange paint, including the added spoiler, the radiator grille main fin and, of course, the brake calipers. 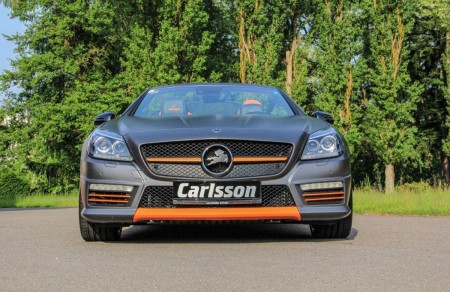 Don’t get me wrong, I don’t hate orange – I think it’s OK to use orange on a hot Japanese tuned car or on a previous generation Ford Focus ST. On a Mercedes-Benz, though? Not so much. It confers the car a cheap look and I’m pretty sure that was neither the point, nor the case. So job not well done, Carlsson.