Carlex Design says goodbye to the outgoing Mercedes-Benz X-Class in style. The tuner builds a final edition as a tribute for the short life of the premium pick-up. Mercedes-Benz has already confirmed that the X-Class is an almost extinct species. Production will end by the end of May. 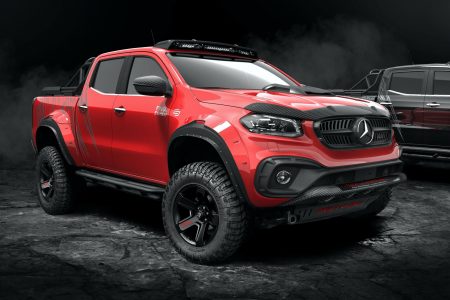 Also redesigned are the seats with their sporty shape and the steering wheel, that bears red accents, similar to those found in the gear shifter and armrest.

The logos that confirm they are final editions can be seen on the headrests, tread plates and dashboard. 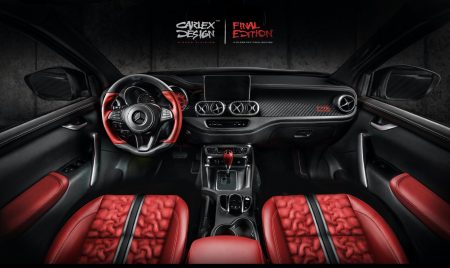 A rugged body kit, painted in the same color as the body work and integrating carbon elements marks the changes on the outside. a roof light bar with Lazer LEDs, a front skid plate, a tonneau cover, more solid side sills and all-terrain tires make up the off-road kit.

Once the variants hit the streets, it is clear that it is next to impossible to keep a low profile while driving a Mercedes-Benz X-Class Of-Road or Extreme Final Edition made by Carlex Design. 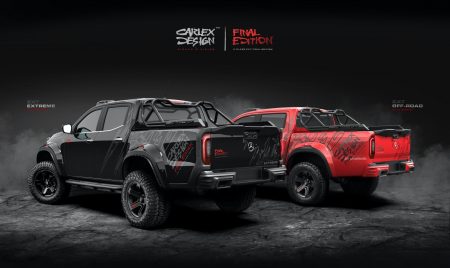 Carlex Design – It looks exactly like a sports car, but it is a…