Car of the Year 2019: Mercedes-Benz A-Class is in the final

The Car of the Year 2019 jury has nominated the seven finalists for the coveted European title, with the Mercedes A-Class among the contenders. According to recent tradition, the big winner will be announced in March at the Geneva Motor Show.

The Queen of Europe will be chosen by a jury of 60 experienced car journalists from 22 countries across the continent, the final vote being given after a special test session with all finalists. The list of 38 candidates in the running to become Car of the Year 2019 has been scaled down to seven. These are meeting the conditions for participation in the competition: must be launched on the European market in the year of the contest.

Besides the already mentioned Mercedes-Benz A-Class, France is also well represented in the final, because the nominees list includes three cars: the Peugeot 508, Citroën C5 Aircross and Alpine A110 – especially the latter is an exotic between the rest of finalists. The jury hasn’t forgotten about the people too, because the down-to-earth Ford Focus and Kia Ceed also participate in the race to the title. Amongst all fossil fuel cars, there is only one electric candidate: the Jaguar I-Pace.

The fate of the seven finalists is now in the hands of the 60 judges. Each member of the jury receives 25 points that he or she must divide over at least five candidates. This year the Volvo XC40 won the title and a year earlier, the Peugeot 3008. The winner of this year will be announced on the exhibition floor in Geneva on 4 March.

Cars Qualified in the Car of the Year 2019 final 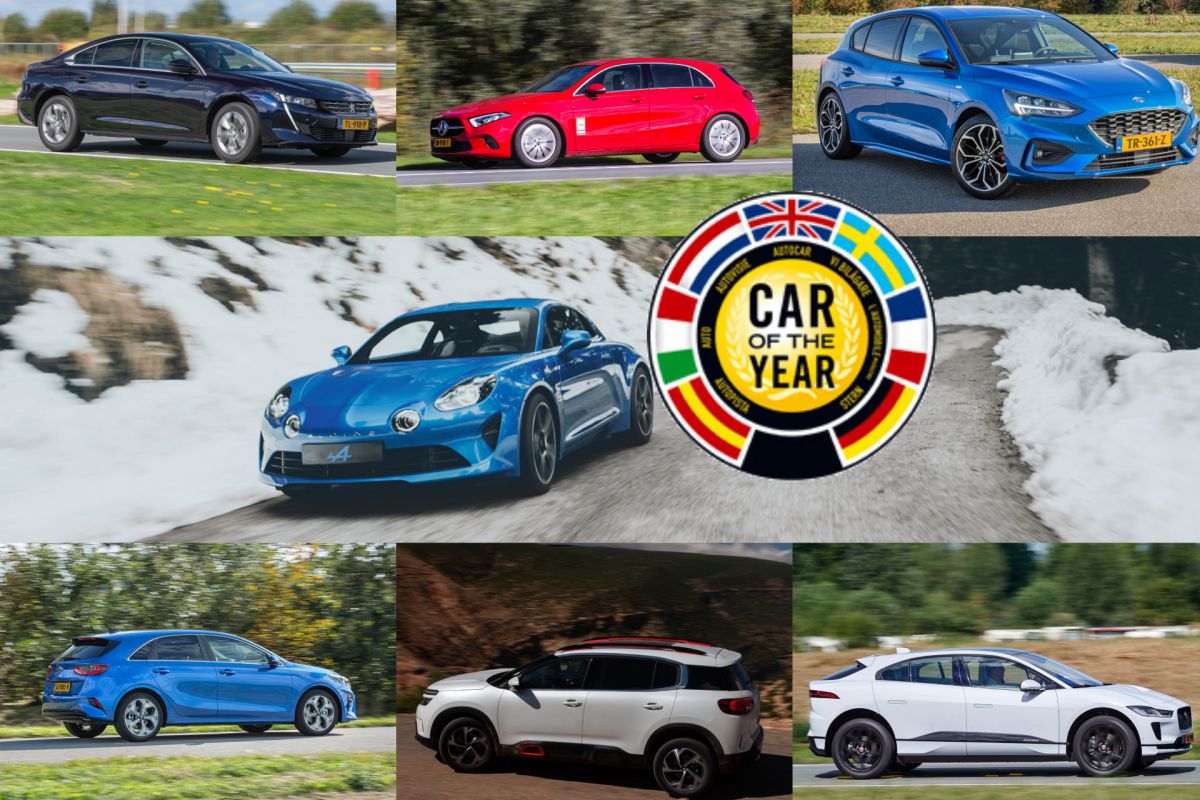