This car is made for driving – Mercedes-AMG GT S

This car is made for driving and that’s just what they will do… Mercedes-Benz USA presents the ten best places the Mercedes-AMG GT S has traveled to, for the past few months. Enjoy the amazing photographies around the world.

The AMG GT S is not the car to just sit in one place. All those 510 power horses are neighing, the V8 lion-engine is roaring from under the hood. Have you heard them? Well, Barcelona surely has!

During its final testing phase, the car conceived by racers and born on the racetrack has rolled onto the streets of Barcelona. To keep the Mercedes-AMG GT S still a secret, they used 32,000 feet (9,753 m) of camouflage. 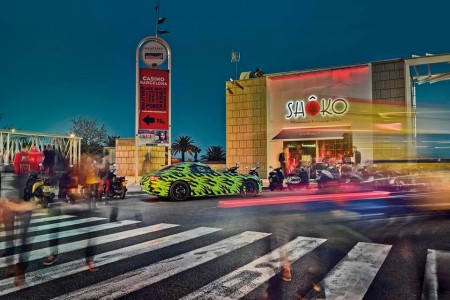 It must be the call of the racetrack, as the GT S also tried the one in Sitges, only an hour drive from Barcelona, along the Mediterranean coast. Made in 1923, it only hosted a single race. It’s build to go fast and build to last coming together in Sitges. 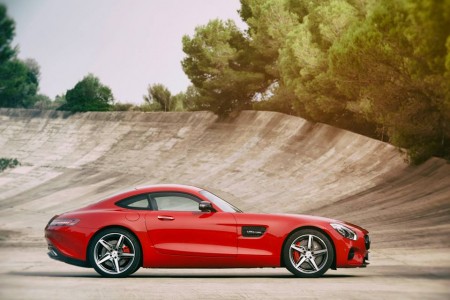 The Mercedes-AMG GT S made its red carpet U.S. debut where else, but close to the hills of Hollywood: the Los Angeles Auto Show, right before hitting the roadways. 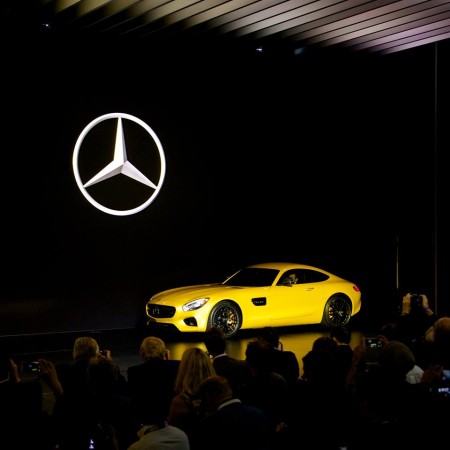 To make sure everybody hears that roar we were talking about, the GT S has been driven straight into the 10-mile (16 kilometers) road tunnel in Gotthard, Switzerland, third longest tunnel in the world. The photo depicts the car taking the well-deserved rest. 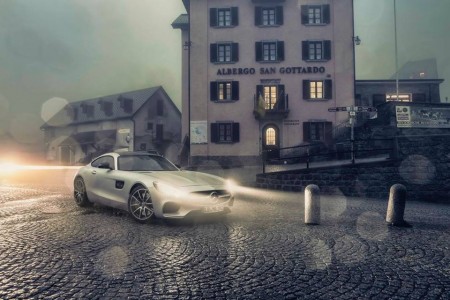 And what a way to start the new year! By the beginning of 2015, the all-new sports car made quite an impression at the Detroit Auto Show in Michigan. 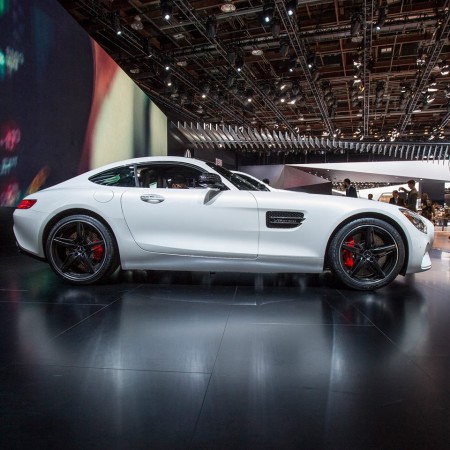 And of course you can’t keep it in one place for long. Not even if it’s a stage. The GT S let it all out on the Laguna Seca raceway in California, one of the most challenging in the world. 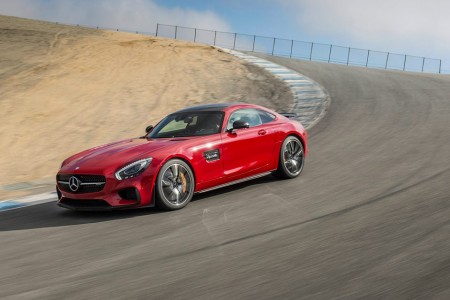 And it could not have missed Monte Carlo, the city that converts into a racetrack once a year, for the most historic Formula 1 Grand Prix, won last year by the season’s runner up, Mercedes AMG Petronas driver, Nico Rosberg. 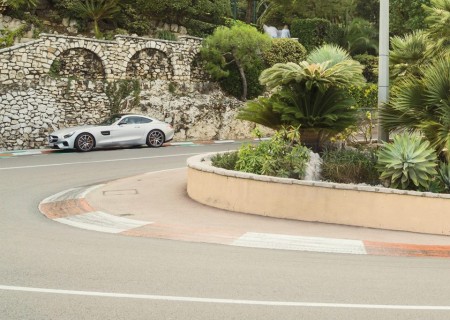 And it left the coastal road behind to roar up the snake-like roads of the Route des Grandes Alpes, the exact kind of road the GT S was built for. That’s a route for the connoisseurs, they say. 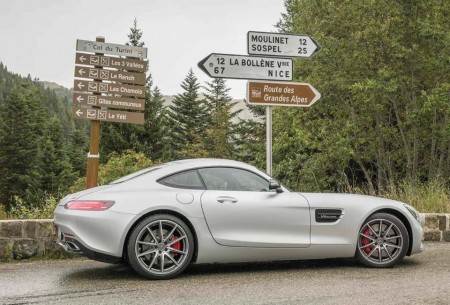 You must have seen the Mercedes-Benz Super Bowl commercial already. This is a photo from behind the scenes. The GT S is just as fit for the winding European roads as for the Californian ancient woods, where it met the tortoise and the hare. 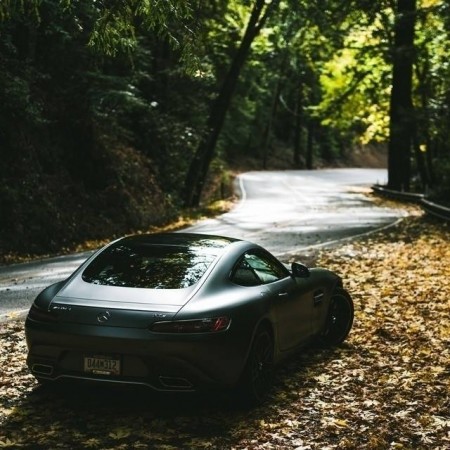 154 turns and just one racetrack: the Nurburgring, Germany. There is no place like home. During the development phase, the GT S covered 21 000 miles (33 796 km) on that runway. 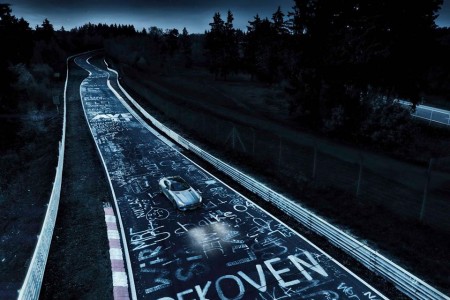 In the era of spectacular selfies, there is no way the sports car could have missed this moment: a photo shooting next to the San Francisco Bay, with the Golden Gate Bridge in the background, fading into the mist. 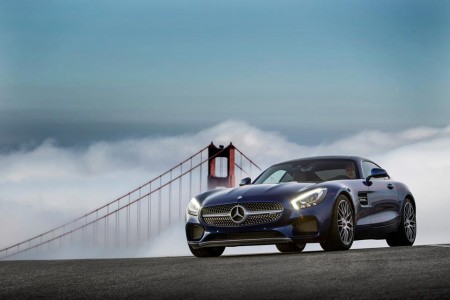 The newbie spent quite a lot of time in California. The Thermal Club in Palm Springs was home for the Private Lounge event, where world’s top automotive journalists and top racers received a private invitation. 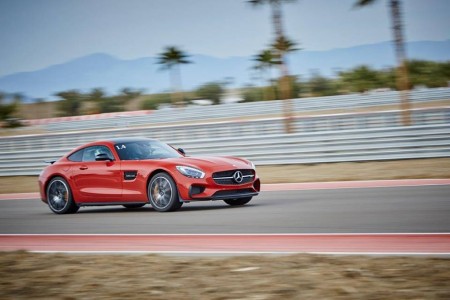 This is where the first videos of the GT S were shot: the Bonneville Salt Flats in Utah. You must remember them from the World’s Fastest Indian movie, starring Anthony Hopkins, exactly ten years ago. 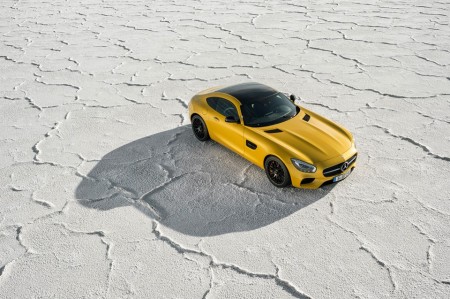 The last picture out of the ten best places was taken while driving along the Utah Open Road, straight into the sunset. It’s the journey, not the destination, so it doesn’t actually matter where it’s going. 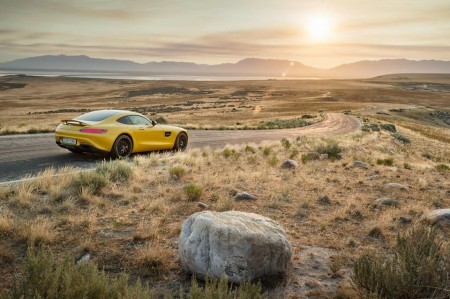