The Mercedes-AMG PETRONAS Motorsport driver Valtteri Bottas finished an honorable second position in the 2018 Canadian Grand Prix. Accustomed to winning at the Circuit Gilles-Villeneuve, Lewis Hamilton saw himself finishing 5th the race won by Ferrari’s Sebastian Vettel, who is now the leader of the overall ranking. 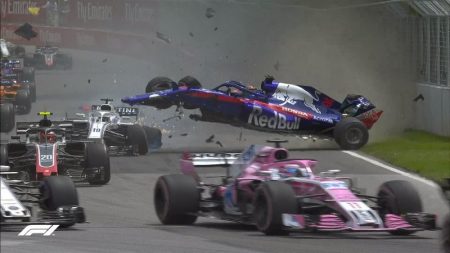 Mercedes is still waiting for the engine update that the team decided to delay up until the race in France. Starting from pole and benefitting from un updated version of the power unit in Montreal, Vettel led from start to finish.

Bottas held his ground in front of Verstappen. The Safety Car was deployed when Torro Rosso’s Brendon Hartley and Williams’ Lance Stroll collided. Both retired. At the restart, Vettel kept Bottas at bay, while Hamilton reported a power delivery problem. From the pits, the engineers discovered a cooling issue and pitted him early, even though his ultrasoft tyres were still holding on well. With the power problem solved, Hamilton was though in a strategic disadvantage as he dropped to fifth, right behind Ricciardo, who had already pitted. 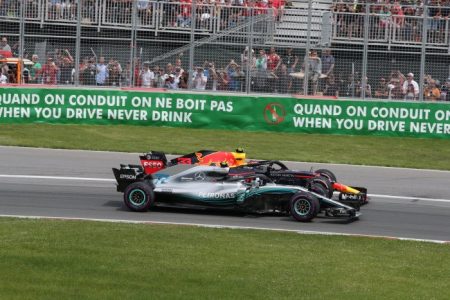 Hamilton came within a second’s distance to Ricciardo, but never made it ahead of him, so the Brit had to settle for the fifth, while Bottas got his fourth podium finish at the Circuit Gilles Villeneuve and his fourth second position this season.

“This has been a tricky weekend for us, with Ferrari showing they had the quickest car in qualifying and in the race. We came to Montreal expecting to perform strongly and today’s result is a further lesson to us that the historic patterns of performance between the teams are not holding true this year”, said the Mercedes Motorsport chief, Toto Wolff. 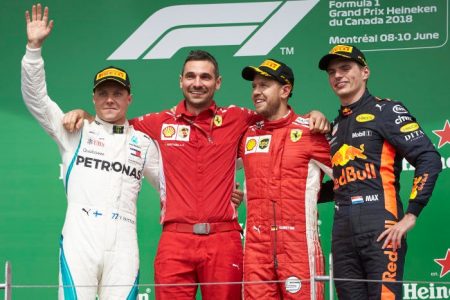