Can it get any better than that? Best seven months in the history of Mercedes-Benz

Mercedes-Benz sales
Elena Luchian, August 6, 2016
1.75K 0
Home Auto news Industry Can it get any better than that? Best seven months in the history of Mercedes-Benz

The best ever 7 months in the history of Mercedes-Benz puts the cars with the star in the lead once again, with 163,770 vehicles sold worldwide in July, a new record hit by the Stuttgart-based company. The E-Class sedan and the dream cars had a strong run this year.

163,770 customers from all over the world got their hands on their new Mercedes-Benz cars in July, taking the company to a new all-time high for the first seven months of the year: 1,170,389 units (+11.7%)  handed over this year only.

In their attempt to rejuvenate the range, Mercedes-Benz sent the dream cars into the world luxury market and the convertibles and cabriolets are putting on quite a show.

“The year of the E-Class and the dream cars has been progressing very successfully for us. The new E-Class Saloon is extremely popular with our customers. And we delivered around 12,000 of the dream cars to our customers in July”, says Ola Källenius, Member of the Board of Management of Daimler AG responsible for Mercedes-Benz Cars Marketing and Sales.

Since the beginning of 2016, Mercedes-Benz delivered more than half a million vehicles in its most important sales region (+12.3%). Great Britain, Italy and France marked double-digit growths from January to July. A third of all vehicles sold in Europe, 167,299 units, remained at home in Germany. Mercedes-Benz was the star of the premium car makers market in Spain and Portugal as well.

There were records shattered in the NAFTA region as well. A 5.4% increase, to 33,185 units, was achieved in the U.S., Canada and Mexico. The SUVs and the E-Class sedan seem to be America’s sweethearts, making Mercedes-Benz the leading luxury car maker there. 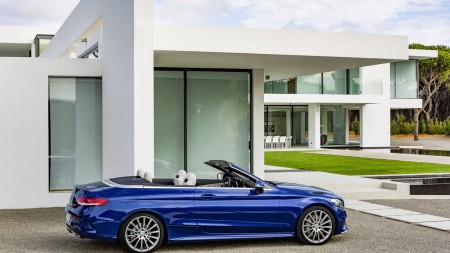 The 2017 E-Class Saloon and the Estate variant were among the best-sellers of the past month. Mercedes-Benz is counting on the Chinese to fall in love with the long wheelbase E, made in China.

12,000 coupes, roadsters and convertibles were sent straight to their lucky new drivers in July, hitting a 19.6% increase, compared to last year’s same month. The C-Class Coupe and the new S-Class Cabriolet were the stars.

Smart has raised the brand’s sales by 13.8%, as more than 10,000 tiny vehicles headed to their owners. The “urban joy” was particularly popular in China, were sales tripled last month and they are expected to grow even further with the addition of the new smart Brabus, ready for order in Europe.