The media is out, the public is in! The Los Angeles Auto Show debuts today for the curious eyes of the spectators and Mercedes-Benz is showing off the company’s latest models. The 2016 Mercedes SL facelift and the 2016 Mercedes GLS are taking center stage in California.

Four. That is the number of the new Mercedes-Benz models that have crossed the Atlantic to magnetize the audience at the Los Angeles Auto Show, in the city where people think they have already seen everything. Have they, really? 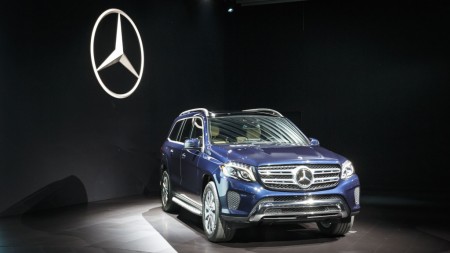 DYNAMIC SELECT now comes with up to six transmission modes: Comfort, Slippery, Sport, Individual and Off-Road, with the optional Off-Road Engineering Package getting one more, the Off-Road+ mode. This brings extended functions for the AIRMATIC suspension, with a ground clearance of up to 306 millimeters and a fording death of 600 millimeters.

The current SL, code-named R231, was launched in 2012 and now Mercedes has operated a facelift in the middle of its lifecycle. The Mercedes facelifted convertible comes with a new diamond front grille split in two by a single blade, very similar to that of the Mercedes-AMG GT. The SL is keeping the typical features of the cabriolet SL family, like the wide track and the large air intakes at the front. 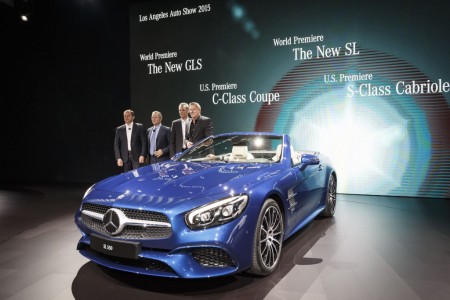 The car not only looks more dynamic, but its engines are also more powerful than before. The SL 400 facelift gets the stronger three-liter V6 biturbo unit. The power is now 367 hp and maximum torque is 500 Nm, marking an increase of 35 HP and 20 Nm respectively. The SL 500 retains the  4.7-liter twin-turbo V8 with 455 HP and 700 Nm. Both versions are coupled to the nine-speed 9G-Tronic automatic transmission.

Debuted at the Frankfurt Motor Show, the two-door C-Class gets unique detailing such as the long frameless doors, high belt-line, fixed B-pillars and heavily plunging roofline. Last, but not the least, the Cd value of 0.26 is the best in its class. 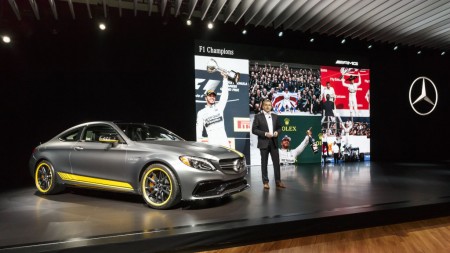 The Mercedes C-Class Coupe comes with steel suspension as standard. Two suspension variants with selective damping system are available, lowering the vehicle by 15 mm compared to the saloon version. 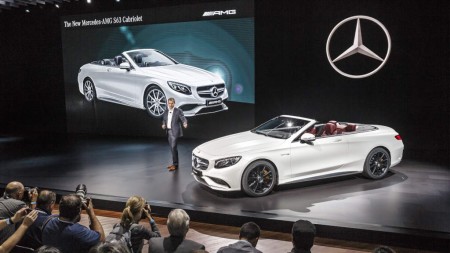 Mercedes claims that the S-Class Cabriolet is the world’s most comfortable and quietest convertible. The 3-layered insulated softtop can be opened and closed by the simple touch of a switch placed in the central console. The operation only takes around 20 seconds and it is possible even while on the move, up to a speed of 60 km/h.

Check out the highlights of the Los Angeles Auto Show in the following video: