The Mercedes-Benz G-Class is a tank. A fortress on wheels, undoubtedly. But when it is buried and unburied and its engine is still working, that proves that it has got the genes of a survivor.

It happened in Russia, where all crazy experiments come from. An artist by the name of Valeri Lizunova took offroading a bit too far, going underground with its military luxury SUV. 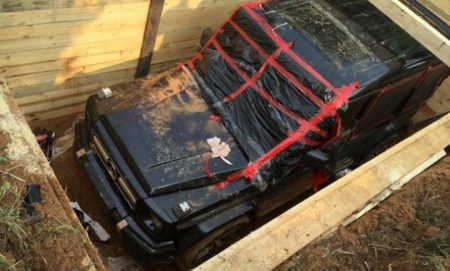 The vehicle was actually transformed into a bunker. It was put into a coffin-like wooden box, buried into the ground, with only the sunroof out in the open, for the occupants to be able to see what happened in case the apocalypse hit the earth.

The project involved greeneries around the improvised bunker, a system that provided fresh air and a mechanism for the exhaust of the gas, with a tube leading outside, allowing the brave that occupied the vehicle to turn on the engine, together with the audio system and air conditioning. 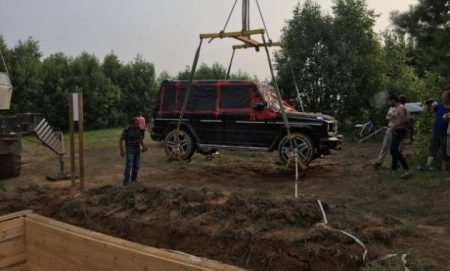 The vehicle buried is a G500, with visual tricks to make it look like a genuine AMG, an option that the Russians are no strangers to.

The story behind the project is just as bizarre as the installation itself. The artist thought of the whole act while riding in the G-Class. The car gave him an unparalleled feeling of safety, similar to what only bunkers can offer in times of trouble. 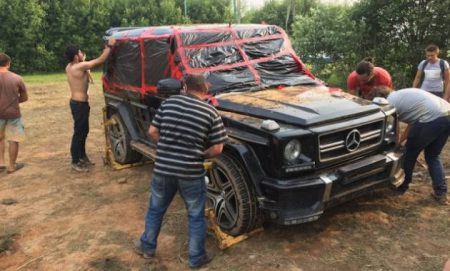 No information whether the car returned on the road and in the offroad or remained underground once the experiment (or should we call it “exhibition”?) was completed. But who would still drive a Mercedes-Ben G-Class that was buried alive?